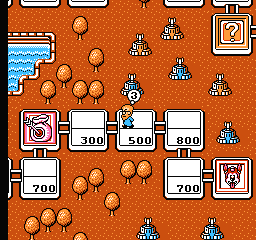 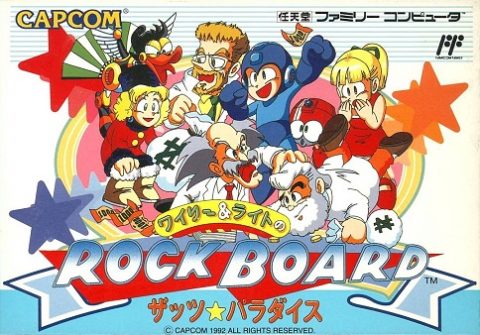 Released five years before Mario started throwing his own parties, Mega Man was hosting his own franchise-themed board game simulator. Honestly, the game is closer to the Itadaki / Fortune Street series that started in 1991, two years prior. The game plays much like Sugoroku or Monopoly, with each player rolling the dice to move around the board and buy up real estate, charging rent to others unless they buy you out.

There are four boards available, each based on countries or continents: Green Continent (South America), Cold Island (Antarctica), Continent of Sand (Africa), and Megalopolis (Continental USA). Mega Man himself isn’t playable, merely serving as the emcee of the proceedings. Instead, four players can pick from 5 characters: Dr. Light, Dr. Wily, Dr. Cossack, Roll, and Kalinka. Each character has an ambition they’d wish to see come true with their earnings should they win. Dr. Light’s goal is to expand his lab facilities to bring about world peace. Wily’s goal is the same, only in hopes for world domination. Dr. Cossack’s dream is the same as well, but only wants to persue more experiments neutrally. Roll wishes to build a hospital in the region. Kalinka wants a castle and become a princess. Each player plays the same, the only difference being the rare chance of a special effect to the other players should he or she land on his or her property. 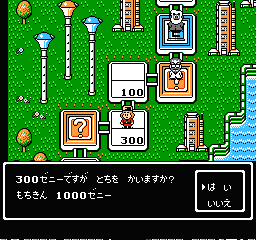 Players move around the board buying up real estates, each vying for the most land ownership before the end of the game. The usual Monopoly rules apply with renting properties when you land on them, playing chance cards for luck, and having certain tiles that teleport you across the map. The only Mega Man spins the game has outside of sprite window dressing are the Met racing mini-games you can bet on and Robot Master transformation powerups to wreak havoc amongst the other players. 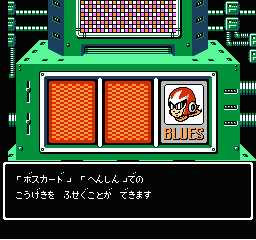 Released shortly after Mega Man 5, this game is sadly no looker. The pace is slow and the presentation is bland. Most of the graphics outside of the player profiles and expressions and reused mugshots look akin to late-’80s NES titles. The music, done by Yuki Iwai, who composed Gargoyle’s Quest II and would later work on Mega Man X2 and multiple Marvel and Street Fighter games, is very forgettable, lacking any oomph that would add any excitement to the proceedings. Even the copied classic Mega Man arrangements sound off. 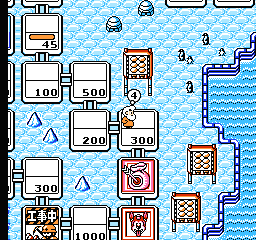 Despite being the only 8-bit Mega Man title not to leave Japan, there were plans to release the game overseas under the name “Mega Board”, which ultimately fell through. While electronic interactive renditions of board games were available on the NES, such a boring late title like this would’ve collected dust on the store shelves alongside copies of Wario’s Woods in K-marts across the country. 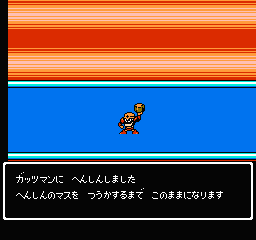 Destiny of an Emperor
Night mode