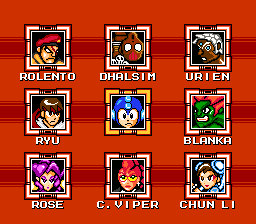 Singapore native Seow Zong Hui began developing a fan-made game under the name Mega Man vs. Street Fighterback in 2009. After showcasing a work-in-progress beta at EVO 2012, Capcom USA took notice and approached with plans to fund and distribute the title. On December 17, 2012, 25 years after the first game hit Japanese store shelves, the fan game was given out for free on the Capcom Unity site to promote the 25th anniversary for Street Fighter. Oh, and possibly the anniversary of Mega Man, as well. With the murmurs of Capcom’s focus on its fighting game franchises at the expense of many of its other IPs like Mega Man (to say nothing with their DLC debacle), it’s hard not to be cynical about which series this game is trying to promote further, particularly after the name change sticking Street Fighter at top billing (the “x” is pronounced as “cross”, like in Street Fighter x Tekken). 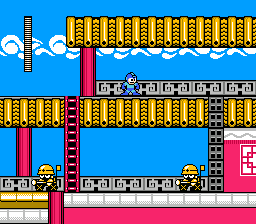 The crossover pits the Blue Bomber against eight fighters from throughout the Street Fighter series: Ryu from the first game, Chun-li, Blanka, Dhalsim, from SFII, Rose from Alpha, Rolento from Fight Fight and later Alpha 2, Urien from Street Fighter III: 2nd Impact, and Crimson Viper from SFIV. Each stage tries to mimic each character’s theme, nationality, and powers, such as Rolento’s level taking place on a construction site and even sports billboards that appeared in the Alpha series and the first Final Fight battle. The robot baddies match the levels they occupy like the floating orbs with spinning Aegis Reflectors on Urien’s stage or Sniper Joes wielding Optic Laser guns in C. Viper’s. In fact, the enemies lean more toward the Street Fighter side than Mega Man‘s with few amounts of Mets, Joes, and Screw Bombers around to instead focus on Oriental-inspired bots and cameo automatons with Yin and Yang’s appearance. Each boss battle with the fighters use all their moves and combos from the fighting games, even having Revenge meters from SFIV that fill up from damage, able to release an Ultra once it fills up. The weapon obtain screen places Mega Man in the Street Fighter training stage, using his newly acquired item against jokey punching bag taunting Dan Hibiki. In lieu of a skull fortress, Mega Man battles two of the boss characters from Street Fighter II, Balrog/M. Bison/Boxer and Vega/Barlog/Claw, in their own respective stages before the usual rematch and finally a final bout against M. Bison/Vega/Dictator. That is, unless the player earned at least three Perfect wins against the eight main fighters, which causes Akuma/Gouki to swoop in and hit Dictator with his lethal Shun Goku Satsu and take his place. 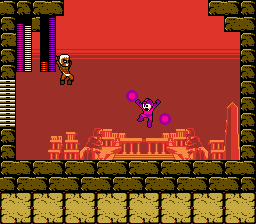 The game tries to look 8-bit but not match the specs or limits of the original NES’ capabilites like Mega Man 9 or 10did. As such, many stages uses colors that exceed palette limits or spectrums. The music though, at least keeps within the 8-bit boundaries better. Done by Luke “A_Rival” Esquivel, each track takes PSG renditions of each character’s themes and “Mega-fies” them in tonal quality, sometimes merging or mashes song segments from popular Mega Man stage songs. For example, Ryu’s stage plays a mashup of Ryu’s classic Street Fighter II theme with Flash Man’s stage. Or with a secret code, an 8-bit rendition of the memetic Guile’s Theme is played over everything. 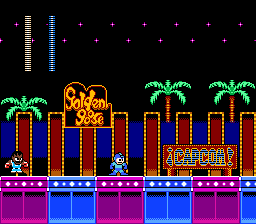 Even with Capcom USA’s push, the title can’t shake its fan’s roots. Level design is nowhere near tuned like its classic brethern, with many areas being too cluttered or hard to distinguish the right path or wasting open areas with emptiness. The game was built to be a rather easy playthrough for those unfamiliar with Mega Man, but often there are difficulty spikes due to unbalancing or faulty level design or coding, leading to quick instant deaths or having odds stacked against you. For one, while E-Tanks are abundant, they never reappear should you try to return and earn more. The security beams or Boxer constantly nip at Mega Man’s heels with one mistake liable to cost him a life with one contact from losing his lead. Claw’s level is especially egregious, with enemy placement taking a toll before the maddening fast aerial hard-hitting boss fight whose weakness involves using Chun-li’s severely close-range for Mega Man Lightning Kick. The experience shows a lack of playtesting to balance and smooth everything out. Worse yet, the game can be rough to run even on high-end computer setups despite being essentially an simple game emulating ’80s tech. The Japanese-made demakes of Mega Man 7 and 8 didn’t run this poorly. 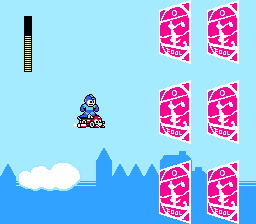 An updated version was released less than a month later adding a much needed password system, a few bug fixes like the E-Tank popup glitch, a screenshot button, and a necessary confirmation prompt for exiting or resetting the game. This update also buffed the Dictator M. Bison/Vega battle and added Sagat as another secret battle. It still unoptimized, but since it’s free, that complaint fell on Capcom’s deaf ears. 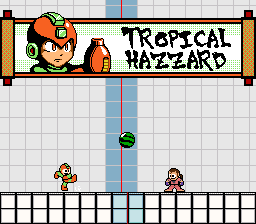