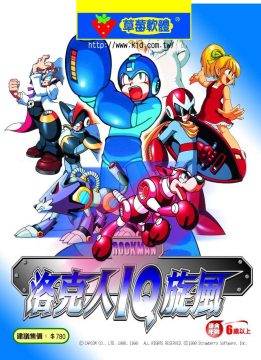 Mario wasn’t the only video game character placed onto an educational multimedia disc in the 1990s. This Asian disc contained all sorts of programs to entertain kiddies. There’s puzzles to solve, a quiz-based board game, pictures to color in, and even a rudimentary typing challenge, though that uses a modified sprite to make Mega Man look more like X. Sadly, there’s not much else to say other than the menus look like someone figured out Photoshop a few days before release. 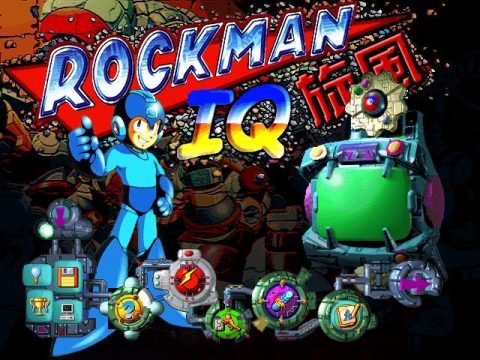 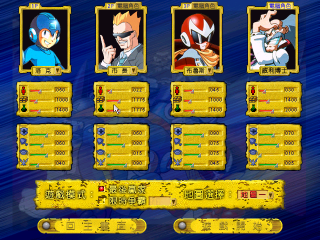 A Taiwanese licensed Mega Man digital board game that’s similar to RockBoard. This take on the capitalist property-owning venture uses a 3/4th perspective, and has six player characters available: Mega Man, Proto Man, Bass, Duo, Dr. Wily and the new blond, spikey-haired, sunglasses- and suit-wearing Mayor. The game doesn’t differ too much from the NES board game, though taking a cue from Sim City, players can choose the type of building to place on bought property to raise the rent. There are also disaster events that can happen at random, like erupting volcanos, bomb-dropping killer bees, meteor showers and giant Godzilla monsters tearing through the property. Each player has both money and health to worry with, as losing either will spell death. The game ends with a video of a spinning newspaper proclaiming the victor. 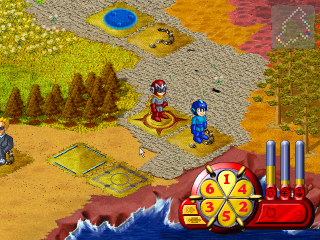 The graphics are fairly awful or ill-fitting for the characters, as they and the buildings pop out from the dithered detailed backdrops. Any new art is a bad touch-up of official illustrations from Capcom’s catalog. The game struggles to run on any operating system made within the current millennium. Gold Empire stands as a mere oddity in the series that only diehard fans should track down and test their PCs with. 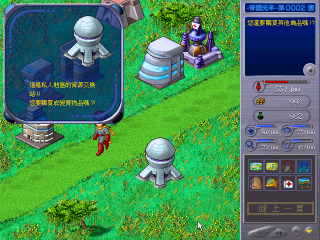 Interestingly, the Mayor from this game would later appear as the mayor of Mega Man’s hometown in the Archie Comics series, where he was given the full name Leonard Dorado. 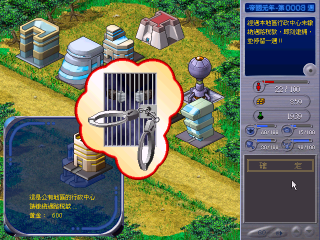 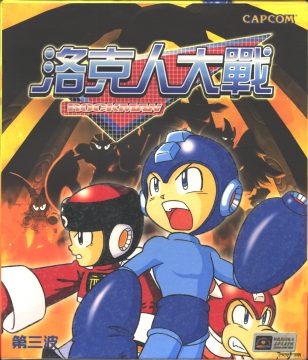 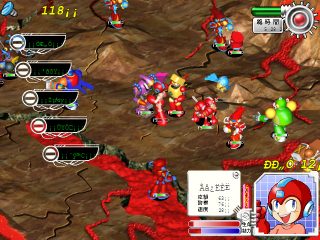 Capcom wasn’t through licensing off its blue money maker to Taiwan just yet. This next approved PC title strives to mimick the grid-based tactical strategy genre, while featuring a fleshed-out story. At some unknown time, alien robots based on the astrological zodiac crash onto Earth via a meteroite. The 12 bots from outer space, along with their leaders Apollo and Luna, are discovered by Dr. Wily and used by the madman to terrorize the planet with earthquake, floods, storms, and more. As usual, it’s up to Mega Man and his pals to save the day, though a new friend is along for the ride.

Much of the game is played out on the battlefield with each soldier unit’s turn order given via active time bars, like in Final Fantasy. Each character on the field has one of the four elements (Earth, Wind, Fire, Water) attributed to them, except for Fan. Mega Man is a special case as he can change his attribute when needed, as each element has a weakness to the other. Robot Masters from the first eight games can be recruited after defeating them, joining forces to take down the constellation menace and Dr. Wily. And of course the squad is leveld up throughout the game. Dr. Light’s Lab is a safe haven to purchase equipment and healing items for the next skirmish. 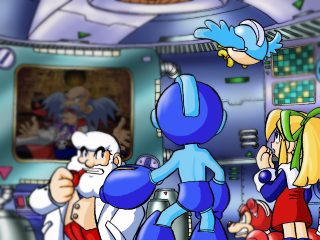 While the game does an okay job as a Mega Man-themed tactical strategy title, the art is once again amateurish. The sprites are a terrible Phong-shaded pre-rendered mass of smooth cylinders and spheres clashing together. At least it’s better at running on recent Windows versions, so it’s one of the less confusing and frustrating PC Mega Man titles to play, even without any translation available. 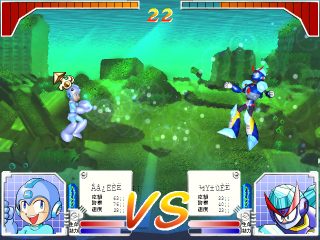