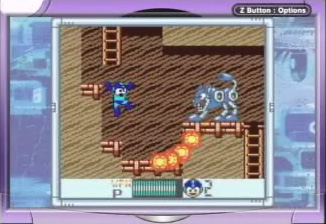 When the 15th year anniversary collection was released on the current home consoles, Atomic Planet was also hard at work on a Game Boy Advance version that would’ve compiled all five Game Boy titles onto one cart, fully colorized for the first time ever with unlockable illustrations and bonuses. Unfortunately, the release kept getting delayed, with Atomic Planet stating at one point that many of the titles’ original source code was lost, making the additions difficult if not impossible to accomplish. Nevertheless, at least three builds were created, adding more and more color to the games and borders to fill in the rest of the GBA’s screen, though saving features and quick switch L- and R-button weapon changing had yet to be implemented, according to previews of the third version. Sadly, even this near-finished collection failed to meet its planned release date and ended up getting scrapped altogether. A real shame, as access to all portable games on one cart with extras and/or more control options would’ve been nice to have, even if some of the color choices seemed a bit questionable. 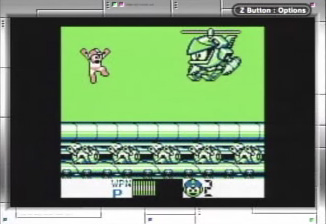 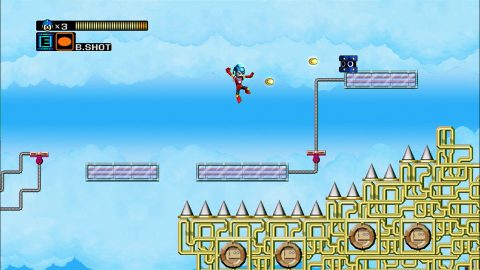 2011 was not a good year for Mega Man. Months prior, a silly stop-motion video teased another game in the franchise, one that played with the notion of playable appearances from other Capcom classic characters like Arthur and Ryu. The planned title was meant for XBLA and PSN download services as sort of a spiritual sequel for Powered Up. The game heavily focused on the ability to customize the player character and to build custom levels with construction parts based heavily on the stages from Mega Man 2. The character art was heavily redesigned, adding Tron-style outlines to the robots. A few guest bosses, characters and their parts were showcased in videos or hinted at in press kits, including Mega Man 1 Robot Masters like Cut Man, a Met head piece, Bad Box Art Mega Man, and even a planned DLC skin called “Megapin”, based on Gachapin from the Japanese kids show Hirake! Ponkikki. Along with the possibility to play through player-created stages and beat up bots as Street Fighter‘s Ryu or Sir Arthur, Mega Man Universe seemed set to become a fan favorite, until its sudden cancellation in late March of 2011. Reasons were never given, but speculation points to either negative feedback of the game, bad management, poor progress from the development team, or the Touhoku earthquake and tsunami. 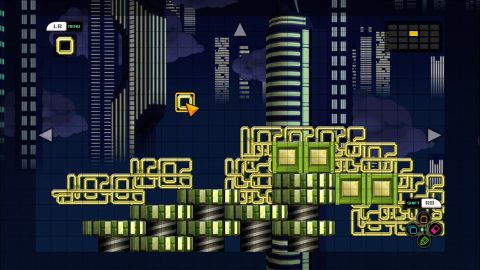 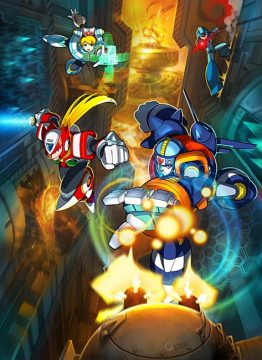 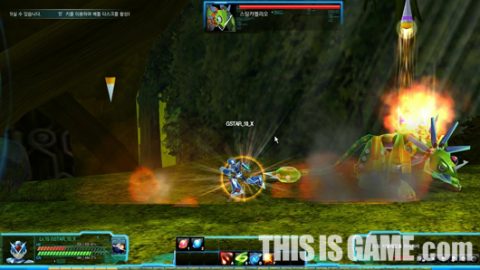 This Korean MMO was hyped by joint-developer Neowiz Games as a huge Mega Man franchise crossover extravaganza. While the focus centered more on a Maverick outbreak beyond the X timeline, characters from the classic series and the Zero series were also shown to be a part of the game. Players were to be split amongst the two opposing sides: the UCA (United Continent Association) and the URA (Ultimate Reploid Association). There were four classes: the average X Type, the fast melee Zero Type, the heavy tank Duo Type, and healer Cinnamon Type. Battle doled out in standard MMO real-time against the Maverick menace, taking place in a dystopian urban environment. 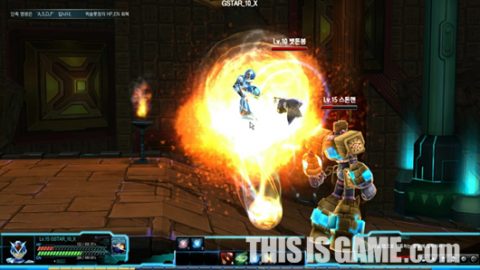 Little of the game was shown or mentioned outside of a dark tone teaser animation in June of 2010, and a playable version shown at the G-Star expo the same year. A contest ran to name two NPC characters, but left the winner uninformed of any news of his victory. Neowiz went under internal restructuring in 2012 and only officially cancelled the rarely-seen game just shy of completion in March of 2013. 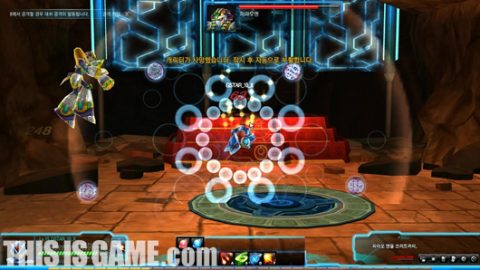