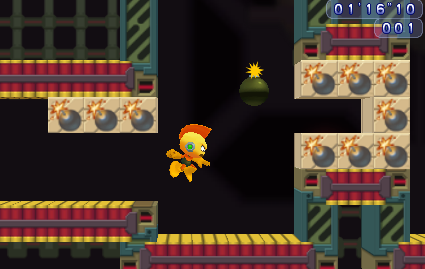 As the series neared its 20th anniversary, Keiji Inafune laid plans for a series of portable remakes of both the classic and X series for the PSP. Each remade game would have used 3D polygon models in a 2D plane with many changes and additions to flesh out the originals. Powered Up was released alongside a remake of Mega Man X named Maverick Hunter X. These remakes brought about many new modes to each game, along with spoken dialogue and multiple tweaks to the games’ systems. The two major additions in Powered Up were a short prologue stage to set up the story of Wily’s deceit and Mega Man’s transformation as well as an expansion of the level selection to eight Robot Master stages, as was originally planned back in 1987.

A very strictly punctual bot that doesn’t mess around with his schedule. He was built for possible time travel experiments, but his only power is Time Slow and tossing lasers shaped like clock hands. It’s suggested he serves as a prototype for Dr. Wily to swipe and perfect into Flash Man. According to him, Ice Man is the only one who fights right on time, not early nor late. [Weakness: Thunder Beam]

Oh dear! Tar baby allusions aside, it didn’t help that Capcom made him talk with some urban hip speak to go with his slick personality. He glides on his Oil Slider like a surfboard and lobs flammable globs of his namesake around to slip Mega Man up. Every release outside Japan recolors him blue with yellow lips to circumvent his racially insensitive appearance. [Weakness: Fire Storm]

Much of the remake is rebuilt from the ground up, creating new design ideas and reforming the layout of stages to only vaguely resemble the original game. In fact, Powered Up acts more as an reimagining of the first game than a mere graphical upgrade. For one, Mega Man and many other playable character can’t shoot through walls. Many memorable enemies and hazards from later titles are added into the game along with many new threats, like cacti Mets in Oil Man’s stage and exploding fire tanks. The remixed music sounds more whimsical and many of the level are redesigned aesthetically. Cut Man’s urban stage is shifted the most to a woodsy logging theme, Elec Man’s stage looks more like a futuristic circuit board, and Bomb Man’s stage is a lot darker. The addition of the two new Robot Masters also comes with a shift to the weakness chart to accomodate. Each boss also has an added large special attack, with frustratingly long invincibility time. There are also plenty of new blocks that can only be destroyed or moved by a specific weapon, including Timed Blocks Mega Man needs to slow down with Time Slow. There are also plenty of Construction Part packs to pick up in each stage to expand options in the Stage Construction mode.

Wily’s Fortress has been thoroughly renovated. Each level is selectable from the stage selection menu, meaning you can take breaks and return to a Robot Master stage at your leisure. The Copy Robot boss is moved to the third level, following boss rematches within a teleportation room, much like in the rest of the series. Wily’s Machine at the end is almost completely changed, resembling a skull-shaped tank with all the powers (and weaknesses) of the stolen Robot Masters, only sort of becoming the floating ship monstrosity after the tank is demolished and rebuilt. Humorous dialogue within the game suggests that at one point Mega Man could have attacked Wily as he was fixing his broken machine instead of waiting during the cutscene like a good robo-boy.

The best aspect of Powered Up is the ability to play through the entire game as any of the Robot Masters. Provided the boss was defeated using only the standard Mega Buster, they become selectable on the main menu, bringing their own strengths and weaknesses, some more unbalanced than others. Along with the Mega Buster exchanged for their default weapons, each of the Robot Masters brings its own perks into the mix. Cut Man has the ability to wall jump, Ice Man doesn’t skid on slippery ice floors, Oil Man doesn’t slip on oil, and so on. Playing as any of the other Robot Masters changes the story slightly to an alternate telling where the chosen character was the one not stolen and reprogrammed by Wily, and is replaced as a boss by the evil scarf-wearing “Mega Man?” instead. Each boss meet-up has its own unique pre-battle conversation, adding tons of personality and rivalry amongst the Robot Masters and even the player character’s clone in the Wily Stages. Playing as Fire Man or Elec Man with their infinite Fire Storms and Elec Beams, respectively, makes for a far easier jaunt than playing through as Ice Man or Oil Man.

If having access to all eight Robot Masters wasn’t enough, through passing challenges and difficulty modes (or just by downloading them online), Proto Man, Roll, and various different Mega Men are also available as playable characters. Proto Man plays similarly to his appearances in Mega Man 9 and 10. Roll is sort of an added hard mode with her short range swinging broom strike, but she comes with twelve extra outfits via free download for added silliness. Mega Man can be played with an added slide move, or slide with charge buster, or as his non-powered plain Rock form he has at the start of the game. All these multiple gameplay quirks plus the unique dialogues and three difficulties give the game plenty of replay value.

Along with 100 bonus challenges and 10 boss rush missions, budding stage designers can tinker with the game’s Construction mode, using the tiles from each stage along with additional ones found in the levels. Those too daunted to start fresh can choose to build from the official main stages as a starting point. However, since the stages are designed in the same piece-by-piece structure the Editor uses, even the official main stages have a somewhat cheaper, assembled feel. The bonus editor packs allow for new tiles and new enemies from later games not found normally within the story mode. Capcom also released downloadable packs with retro tiles, holiday themes, and even a Ghost ‘n Goblins set, complete with the appropriate main theme. There are also promotional stages given away by Capcom and various magazine and gaming news sites from across the globe.

There is also a mode known as “Old Style”, which zooms the screen out and arranges the stage to mimic the classic NES game within the 3D engine as closely as possible. Oil Man and Time Man are unavailable, Mega Man is the only playable character, and even the original chip music plays throughout the game. It’s a neat addition, though it’s not quite the same as playing the actual NES game. Still, neat idea, but not quite the bonus on the level of the original Metroid unlockable in Zero Mission.

The English dub was recorded at Blue Water studios in Calgary and uses a large chunk of the voice talents of Ocean Group from Vancouver. The Canadian team does a decent job with the voices, lending a silly cartoon vibe to the game with the boastful vocals of a team with many syndicated animated shows under their belts. This version of Wily is his wackiest and squeakiest yet, sounding more like a bratty bully kid than a typical mad scientist. Probably the most fun voice is provided by Roger Rhodes for Fireman, giving the Robot Master a very over-the-top Texan accent and making him sound like Yosemite Sam as an arsonist. The only drawback is that the mouth animations for the characters aren’t changed, so the dialogue scenes have a bit of a Godzilla/Speed Racer-level of lip syncing. A little translation issue has non-battle-ready Rock called “Mega”.

Both Powered Up and Maverick Hunter X didn’t set sales numbers ablaze like Capcom wanted, putting a halt to both their future remake prospects. It’s a shame since a 3D remake of Mega Man 2 should have been huge smash success – well, if done right. A later semi-remake was be planned, but ulimately cancelled. The Japanese version is available on PSN, but unfortunately the English language versions are unavailable in any region. 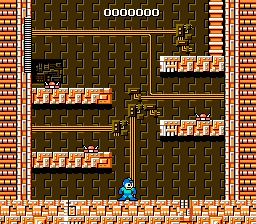 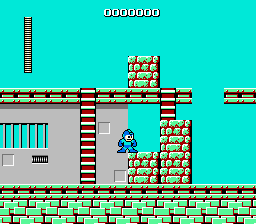 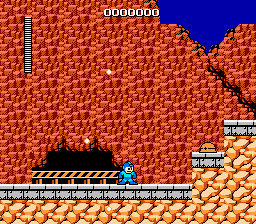 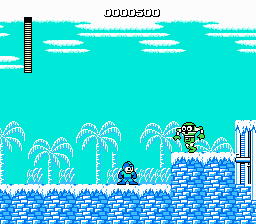 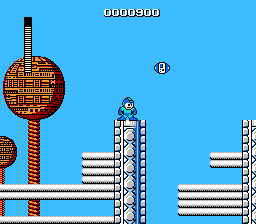 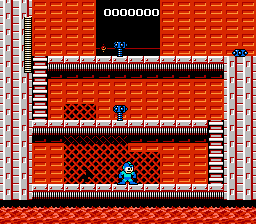 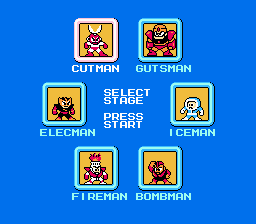