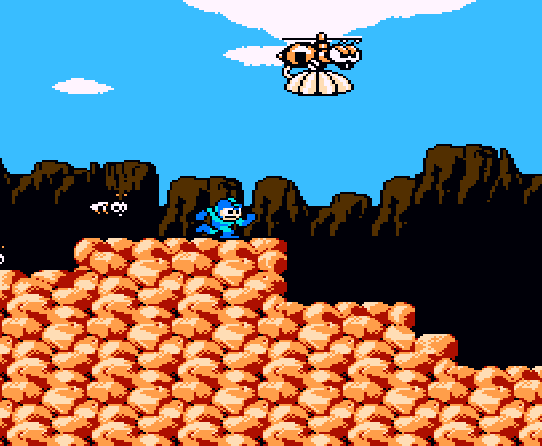 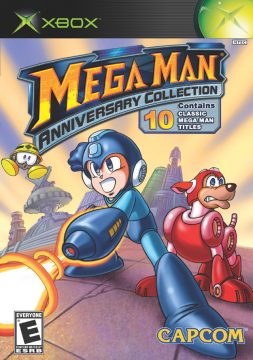 Now here’s a compilation that should be fantastic. On paper it sounds perfect: having Mega Man 1-8 all on one disc with both arcade games unlockable, everything for a reduced retail price. The grunt work for putting this together was farmed to Atomic Planet Entertainment, a relatively small studio that worked on other compilations like Taito Legends 1 & 2, Game Boy Advance ports like Aero the Acro-Bat and Super Puzzle Fighter Turbo, licensed properties like Family Feud and Jackie Chan Adventures, and the deplorable The Guy Game before going defunct in 2009. The end result is rather a mixed bag. The menu is a little original, with Mega Man’s 32-bit sprite moving to futuristic metal doors with his remixed theme song playing, but everything looks bland in the menu scheme, using lots of text with no icons, still loading screens with bars and a piece of cover artwork plastered on. The first six games run great, and they’re based on the Complete Works releases with mininal title screen edits, translations, and removed features. No databases, no missions, no powerups, no artwork, and much of the options stripped or shifted onto new overlays that clash with the presentation. One big negative for videophiles – the Anniversary Collection runs in interlaced mode, compared to the PS1 Complete Works, which display in crisp 240p. 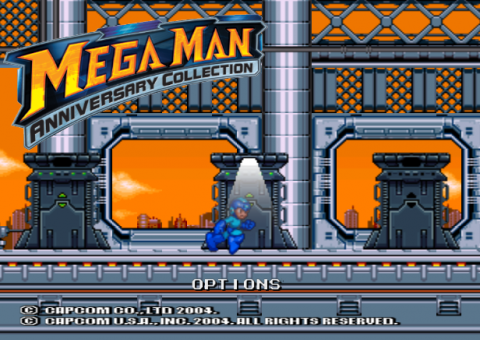 Both Original and Navi Modes are available with the difficulty modifiers, with the hints translated. The rearranged music is also intact for the PlayStation 2 and Xbox versions (no need for the codes for the first three games), but is missing from the Gamecube release due to lack of disc space. Some of the tracks in Mega Man 6 were transferred incorrectly, so they sound distorted. Mega Man 7 is a bit of a bad emulation, adding slowdown and missing audio. The Mode 7 fire in the ending couldn’t be replicated well in the emulator, so the graphics are simply removed. Certain special passwords don’t work either, like starting with all eight Robot Masters available, though a save system is put in place with an overlay menu. Mega Man 8 is ported decently enough, using the PlayStation version. There are some audio issues – a few voice clips have pitch issues and certain sound effects are too loud, peaking way too high. The arcade emulated versions of Power Battle & Power Fighters are also well maintained, though the CPS1 version of the former is used and both lack all the extras from the Japanese PlayStation 2 port. Most games have tiny text changes and fixes here and there, with Bass’ “Damn” changed to a “Darn” for example. 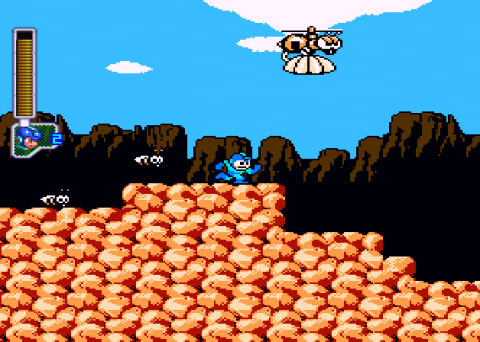 A few bonus unlockables are thrown in – simple gallery pics, fanmade remixes, and videos exclusive to each console. The PlayStation 2 version has the first episode of the Ruby-Spears cartoon, the Xbox and GameCube copies get the “G4 Icons” TV documentary on Mega Man, which contains interviews with Inafune and others, and Xbox also has the first episode of Mega Man NT Warrior available. In terms of each console’s port, the Xbox edges out with the least emulation issues and has the added bonus of button configuration, though it was released months after the others and has possible graphical glitches when played on a Xbox 360, especially on Mega Man 8. The GameCube version suffers from flipped buttons, having the big A button used for shooting and the tiny B button for jumping, which goes against the unwritten law of all classic 2D platformers in general, not just Mega Man. 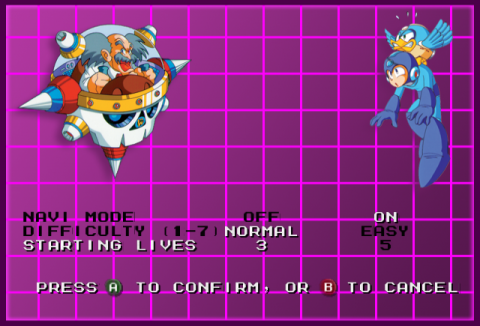 Under the right conditions, this compilation plays remarkably well and the little emulation issues and cheap-looking menus can be overlooked. Sticklers for perfection will want to stick to the Virtual Console or PSN releases, the later Legacy Collections, or the original carts and CDs, especially fans of Mega Man 7.