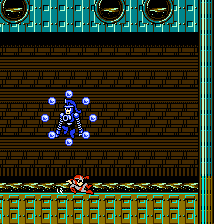 After Mega Man 9 made such a big splash for retro fans, Capcom was highly eager to follow up their success with another 8-bit style sequel in hopes to top themselves. Using the exact engine and many assets from the prior digital release, the 10th numerical console title in the series serves as a bridge and homage to the entire run, with nods to the Game Boy interquels. A computerized robotic virus known as Roboenza infects and disables machines across the globe, turning many of them violent, much akin to the Maverick Virus created by Dr. Wily that permeates the Mega Man X series. Naturally, the mad doctor denies any involvement in this outbreak. He crashes into Dr. Light’s front yard after supposedly being ransacked by rogue Robot Masters while working on a cure. Mega Man agrees to help collect the stolen parts to the medicine-making machine, with Proto Man arriving to join to the cause. Their efforts must be swift, since one of the critically infected robots is none other than Roll. 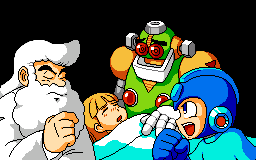 Mega Man 10 includes many options that were DLC in Mega Man 9 and builds upon them. Proto Man is selectable from the get-go, with a more fleshed-out game experience with story interludes and access to the in-game shop. Difficulty Modes are added for free this time, with an Easy Mode available at the start and Hard Mode unlocked after a completed playthrough. Both modes contain more significant changes than merely damage modifiers or enemy placements. There are also 100 challenges in total that Mega Man can complete outside of the main game, earning medals for good times and/or flawlessness. Finally, the helpful on-the-fly fast-switching of special weapons from Mega Man 7 and 8 is included. All the music is brand-new or newly arranged as well. 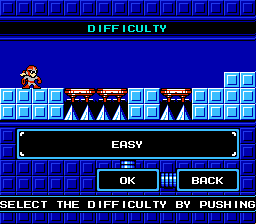 The eight Robot Masters infected and crazed from the Roboenza are once again very eclectic. There is many fan speculation that the designs were cribbed from old submissions, possibly taking the best of runners-up from years past, or what were popular trends and/or gimmicks submitted over and over again. While there isn’t any official mention to back this claim up or denounce it, scans from Nintendo Power proved that fans have submitted ideas close in design to a few of these bosses. 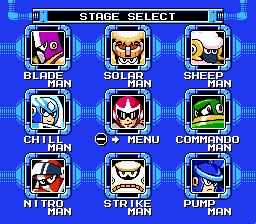 Looking like a tween’s idea of a super-cool sword dude, this bot actually served as the tour guide for a lord’s castle, droning on about all sorts of bladed weapons that his master adores. Very swift and able to leap and hang off the stone walls and ceiling, his Triple Blade weapon fires off three sharp daggers at once. [Weakness: Commando Bomb]

The water-themed Robot Master design well must be running dry. This oddly shaped bot works at a sewage treatment plant and washes graffiti off walls in his spare time. His Water Shield isn’t quite as good as the Jewel Satellite, but hits mutliple times and can be fired off in all directions, depending on how many bubbles are still left circling. That handle of his is thrown like a boomerang in Hard Mode, too. [Weakness: Thunder Wool]

A military tank bot that pretty much does the whole Guts Man routine, as usual for the big hulking bosses in most of the games, only this time with splash-damaging Commando Bombs. Since this is a modern tank (at least in the future 20XX), he’s stationed in a desert. Before contracting Roboenza, he swept old mines from the sand and was quite the connoisseur of oil. [Weakness: Wheel Cutter]

His head is encased in a big chunk of ice… for some reason. His primary job is to observe and prevent rampart melting of glaciers due to climate change as well as taking photos of these excursions and posting them on the internet to help raise awareness of the importance of saving the arctic environment. His weapon fires subzero gel that freezes foes on contact and forms jagged Chill Spikes on any surface. [Weakness: Solar Blaze]

A sheep herder that took a job at a circuit board manufacturing plant to prevent static damage on all products. His Thunder Wool drifts off like floating clouds, zapping their pent-up static energy as lighting bolts to the ground. Much like the Mareep line from Pokémon, he is a literal Philip K. Dick reference. [Weakness: Rebound Striker]

An overgrown baseball launcher with legs and a catcher’s mitt. Not much going for this Robot Master other than his fastball Rebound Striker which bounces off walls. His stage isn’t even exclusively baseball-themed, throwing in football, basketball, and soccer into the mix. [Weakness: Triple Blade]

An Evel Knievel Robot Master who is his own motorcycle. His Wheel Cutters are deadly spinning rims that drive up walls as fast as their stuntbot wielder. Too bad he’s too dumb to watch for spike strips. Maybe he just doesn’t mind crashing and burning. [Weakness: Chill Spike]

His stove-top head summons a tiny artificial yellow dwarf star, with is perfect for his day job of Solar Energy R&D. The ball of flame absorbs any weapon that isn’t water-based and grows larger before he flings it as a splitting Solar Blaze. He also hawks his “Solar Workout” exercise plan to help people burn calories. [Weakness: Water Shield] 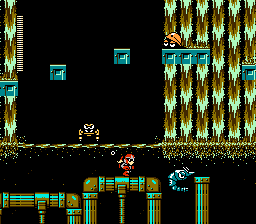 In what in theory was to be a huge nod to the old games, the eight Robot Master stages’ music were composed by a who’s who from Mega Man’s past. Just about every songwriter from Mega Man 1 through Mega Man & Bass(except Takashi Tateishi) had a hand in the game. Each stage almost lends itself to a different style, a sort of progression through Mega Man‘s music, as it were. (Chill Man’s stage music is based on the early beta composition for Frost Man’s stage.) Unfortunately, this causes most of the Robot Master stage tunes to become forgetable as many of the composers focused on atmosphere and PSG effects rather than catchy melodies. This might also be a sign of the talent rankings, as many of the more popular/memorable level tunes were done by the earlier game composers, such as Nitro Man’s stage (Manami) and Solar Man’s stage (BunBun). To make up for it, Inti Creates’ trio of musicians return from Mega Man 9 with fantastic work, even creating a new Wily leitmotif that plays for many tracks. The beginning moments leading from the Wily Fortress into its second Stage 1 theme is possibly one of the most blood-pumping segments audio-wise since, well, the most popular Wily Stage 1 theme. 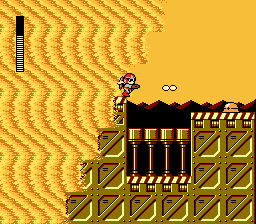 Wily’s Fortress is arguably one of the most solid in the classic franchise. It’s certainly one of the largest and most imposing onscreen. Right at the start of the first stage it’s dark and raining, a somber melody playing. Just a few screens to the right are boss doors. This early? This can’t be right. After going in, the thrilling Wily Boss theme starts as a huge grid in the background is shown along with three pods and a large screen monitor. As it turns out, Wily kept a well-maintained archive of his past creations. Three blocks attack one by one with Elec Man, Wood Man, and Gemini Man’s powers. It’s only after defeating this mini-boss trio that the song Abandoned Memory starts rocking and the stage begins in earnest, leading through branching paths to another archive mini-boss fight with Ring Man, Napalm Man, and Flame Man. 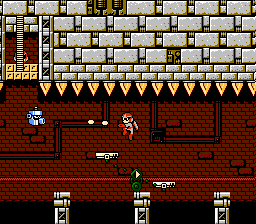 Once again, the shutterdoors open for more of stage 1, finally ending in the final archival match against the powers of Slash Man, Frost Man, and Tornado Man. In one single stage, Capcom cemented a massive love letter to the fans, complete with the same attack sprites and sound effects. Perhaps it would’ve been better to fight, say, the Robot Masters themselves, but that’s probably only why the boss in total is called the Weapon Archive. The only other drawback is that the rest of the fortress, as good as it is, can not live up to the first level. Well, maybe the long lead-up to the second Skull insignia, where Mega Man takes on Wily’s UFO in space – another nod to the Game Boy games. 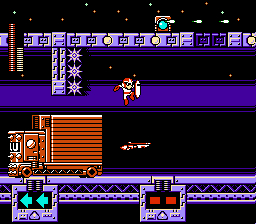 It’s hard to call Mega Man 10 anything but a mixed bag. For every step forward in refinement, it takes a step back. It’s nice that each selected character has a different storyline told, but only Mega Man is fleshed out, and what is told is pretty weak, especially the rushed ending. Each difficulty setting causes massive shifts in every aspect of the enemies, changing their speeds, adding or removing attacks, even tinkering with the stage hazards. Unfortunately, Easy Mode is almost an insulting cakewalk for anyone but first-time Mega Man players and Hard Mode can become ludicrously nuts with draining energy, forcing players to master the chosen character to survive without chugging E-Tanks. 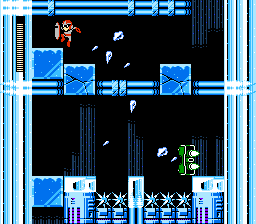 There are other questions to ponder too. Why bring back so many composers when it causes the soundtrack to weaken? Why update even the visuals from the last game and use them with some of the weaker themes available, like a sewer system or baseball stadium? The worst part might have to be the special weapons. Many of them are only damaging indirectly. Thunder Wool slowly floats up and causes damage within the lightning bolts underneath. If the cloud hits an enemy, it only nips it with a weak 1-point damage attack and cancels the lightning. Commando Bombs are great to aim, but only do massive damage from the splash radius rather than from a direct hit. Chill Spikes need enemies to run into the laid spikes to cause a kill; otherwise, they’re merely frozen or take pitiful damage. Solar Blaze? Only viable once it slowly splits apart. That leaves a crippled list of useful weapons, much like the later NES games. In fact, as Mega Man 9 felt like a culmination of the best from the first three games, Mega Man 10 is more along the lines of Mega Man 4 through 6. 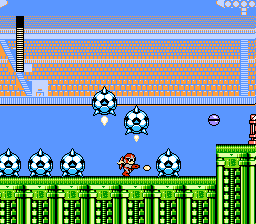 Once again, $8 worth of download content is available. Another Endless Mode is given, with new randomized segments of callbacks to sections from later NES Mega Man titles. There’s also another $2 additional character with Bass. His DLC even adds his face to the lineup on the title screen, and he has access to a shop run by Reggae. His play style is the same as in Mega Man & Bass, though without a double jump. Either way, he plays sorft of like an extra easy mode with his rapid fire bullets able to blast away armor from enemies. 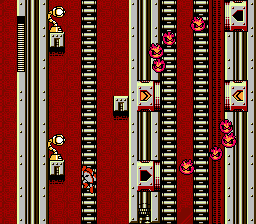 Probably the coolest DLC are the trio of special stages for one dollar each that feature the Mega Man Killers from the Game Boy games. Each of their levels are colored renditions of the Wily Fortress levels from the titles they originate from. Much of the layouts are directly lifted from the portable games with similar enemies from Mega Man 10 filling in. These stages are backed with rearranged compositions of the original music from the Game Boy games. Defeating each Mega Man Killer boss grants their special weapon in the main game by default, though since Mega Man himself is the only choice available in the DLC stages, only he can obtain the spoils from his assassins’ scraps. All downloadable content is included in the releases of Mega Man Legacy Collection 2. 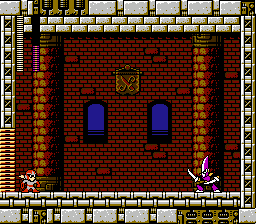 The depressing fact about Mega Man 10 is that it didn’t sell as strongly as its predecessor. It might be due to the step down in quality, for being too similar, or that Mega Man 9 sold tons on its novelty alone. Either way, this would become the last brand-new Mega Man game, classic or otherwise, to be released by Capcom onto any console. Say hello to mobile ports, promotional titles, and the occasional cameo nod, Blue Bomber. It might not be completely death, but it sure ain’t living, either. 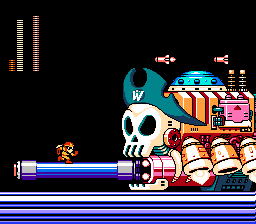