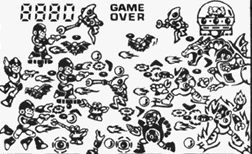 Ah, the licensed LCD games of old. Before the more faithful portable Mega Man titles hit the Game Boy, the only means of playing the Blue Bomber on the go was with these two standalone handhelds. Each game followed its respective numerical basis, sans 2 Robot Masters apiece (sorry, Crash Man, Wood Man, Top Man and Hard Man). The main differences are a separate button exclusively for special weapons, pressing up to jump, and – here’s the big one – the standard buster shot eats up its own weapon energy. 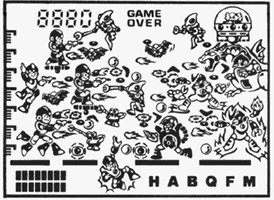 Both handhelds are fairly simple LCD game affairs, with almost every Robot Master stationary and only a few non-boss baddies as obstacles. Both games keep a score that increases with each enemy destroyed. Weapons are switched using a small button placed in the middle of the Sound and On switch buttons, making it a little hard to cycle through during gameplay. Any game over sends Mega Man back to the beginning each and every time. 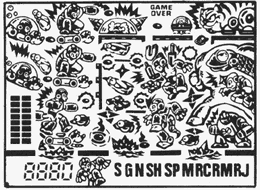 The two LCD titles are very similar, although the later one has Rush available to use contextually with certain obstacles and hazards. There are a few oddities such as Mega Man holding a blaster in his hand in Mega Man 2 like the American cover art, or Air Man having Crash Man’s arm. As Mega Man games, they’re basic, but among old handhelds of their ilk, they’re quite complex with choosable stages and hefty usage of the screen graphics compared to earlier Game & Watch titles. Not too shabby a pair for collectors, at least.