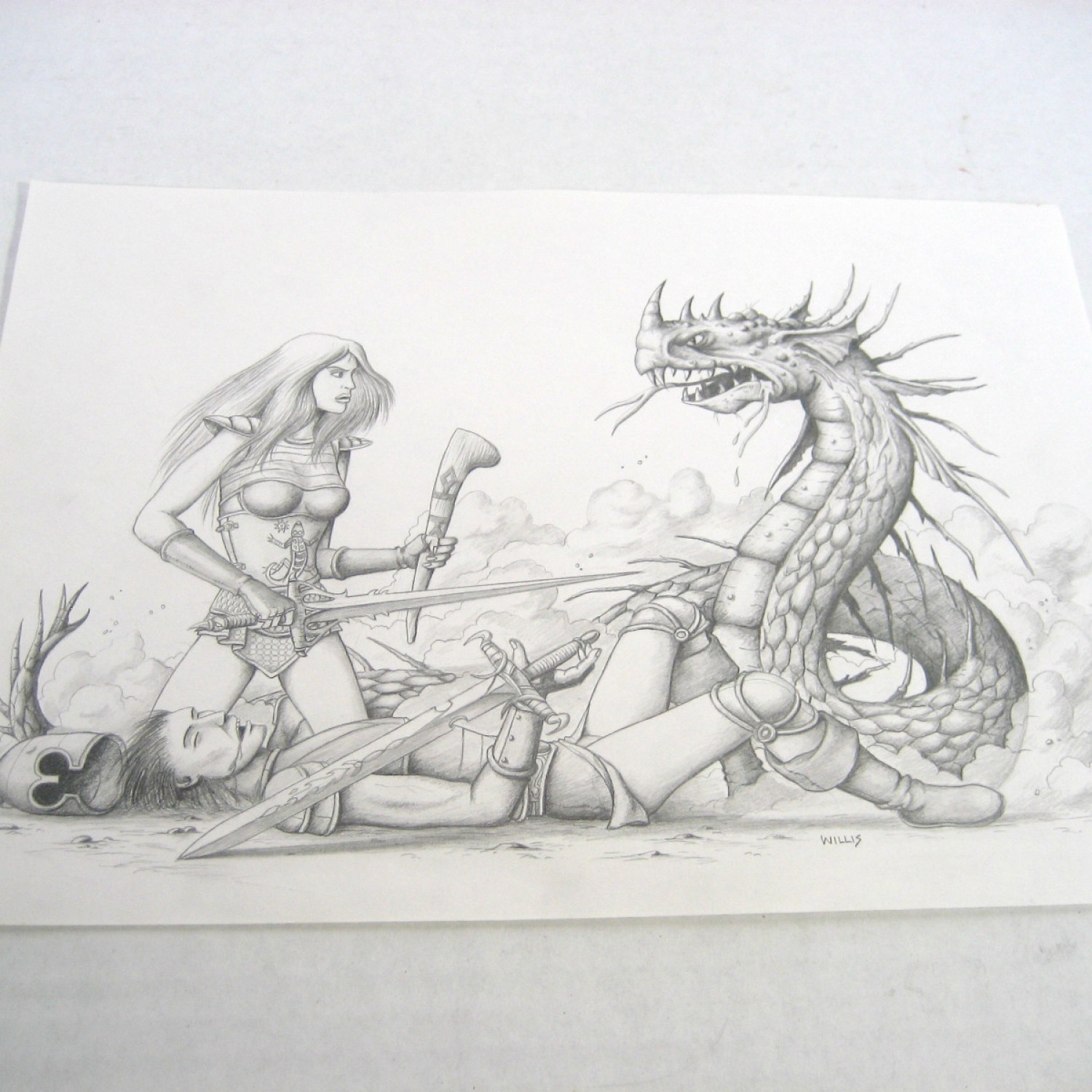 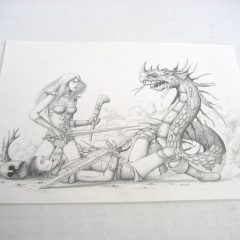 A sketch supposedly made for the game

While working on Wizardry VII, D.W. Bradley got drawn into the lawsuit against Sir-Tech concerning Woodhead and Greenberg’s royalties. During the proceedings, both Sir-Tech and D.W. Bradley argued that he had no business being sued along with the company and that the litigations were hampering his progress with Crusaders of the Dark Savant, which got delayed a whole year beyond the originally projected date. What exactly happened behind the scenes can only be guessed, but at the end of it all, Bradley had a falling out with the Siroteks and left Sir-Tech, so the company found itself short of an author to continue its flagship series. Through correspondence with the Australian distributor Directsoft, a small team from down under was hired to create the next Wizardry. It seems like the team has been put together rather haphazardly; it included actor Max Phipps and filmmaker Phil Moore, only later more “conventional” game development staff like programmers Michael Shamgar and Cleveland Blakemore were brought on bord. After there was nothing but rumors and ramblings of embittered team members about the game for the longest time (there have been rumors that a demo was shown at a CES, but no solid proof of it), a huge stash of old Sir-Tech documents appeared on Ebay in 2012, including design documents, maps and sketches about Stones of Arnhem. 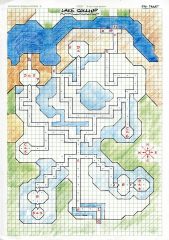 The files also included correspondence between Sir-Tech, Directsoft and the developers dated around Summer 1994, which suggest that the project was in deep trouble by then. According to Robert Sirotek, Sir-Tech had nothing to do with the actual development, and the company had remained somewhat reserved about the project that was driven mostly through initiative from Australia, until they finally pulled the plug when it became obvious that things wouldn’t shape up anytime soon.

Cleveland Blakemore has become somewhat infamous among RPG fans in later years for (among other things) being very vocal with his personal evaluation of what went down at the time. Similarly infamous is his post-Wizardry project Grimoire: Heralds of the Winged Exemplar, a throwback to old-school first person party RPGs, which has been in development for about two decades. Several crowdfunding campaigns seemed to have helped a bit to bring the legendary vaporware project on track, but as of the time of this writing, the game still wasn’t released. Rather, the latest news involved a nasty trademark dispute with a Kickstarter project for a multiplayer FPS called Grimoire. 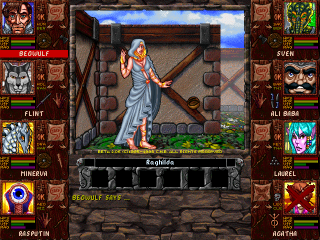 An early beta of Grimoire from the late 1990s