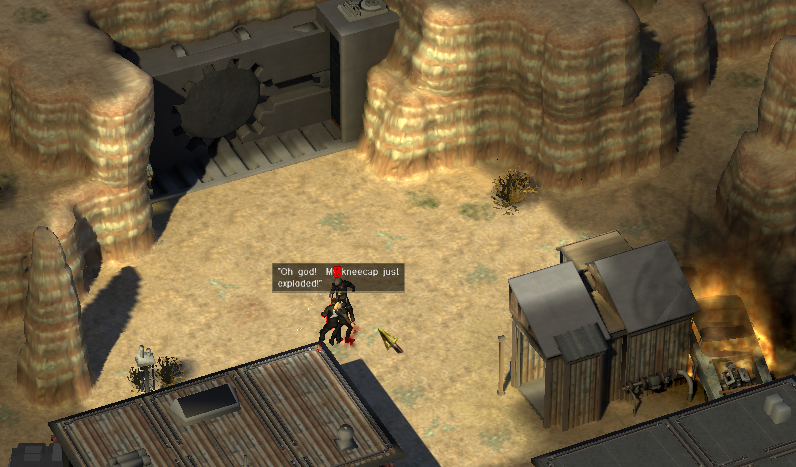 Jefferson Engine was an in-house game development tool created by Black Isle Studios. It was created as a successor to Bioware’s Infinity Engine, migrating the isometric look to fully rotatable polygonal 3D with support for high resolution graphics, dynamic lighting, volumetric shadows and an Arcanum-style choice between turn-based and real time gameplay – an engine for RPGs made in the early-to-mid 2000s but with mid-to-late 1990s design sensibilities. The engine’s flagship titles were supposed to be Baldur’s Gate III: The Black Hound (a low level adventure planned as a side story to the original two games) and Fallout 3 (codenamed Van Buren, although this name wouldn’t be used for a commercial release). Unfortunately, Interplay fell into financial difficulties, closed down Black Isle and sold the rights to Fallout before it could be completed. Nowadays, only the design documents and early screenshots of Black Hound remain but Fallout fans can find a leaked Van Buren tech demo floating around No Mutants Allowed and ModDB. Bethesda’s Fallout 3 is completely unrelated to this sadly unfinished game, although many of the plot points in Obsidian’s Fallout: New Vegas can be traced directly to Van Buren. 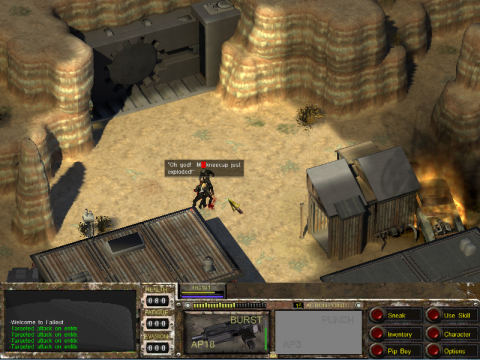 Van Buren was supposed to be set about ten years after the events of Fallout 2, with the player assuming the role of The Prisoner – either a falsely accused innocent or a criminal – whose escape was secretly arranged by a mad scientist Victor Presper whose elaborate plan is meant to create a second nuclear holocaust. Like every other game in the series, Van Buren would also feature multiple subplots related to different communities and factions: Brotherhood of Steel, New California Republic (now fighting a war against each other), matriarchal tribe known as Daughters of Hecate, Rome-inspired Caesar’s Legion, some slave-trading tribes, Mormons and many others.

Some of the planned highlights of the game included a showdown at Hover Dam and a trip to the Earth’s orbit to destroy the villain’s nuclear satellite B.O.M.B.-001. Some of the endings would have the player use the satellite to nuke certain parts of the game world while the rest would depend on choices made during the normal gameplay.

Van Buren was supposed to feature a redesigned version of SPECIAL system with modifications including all firearms skills being merged into one and speech skill being divided into persuassion and deception. The look of player character was supposed to be customizable. 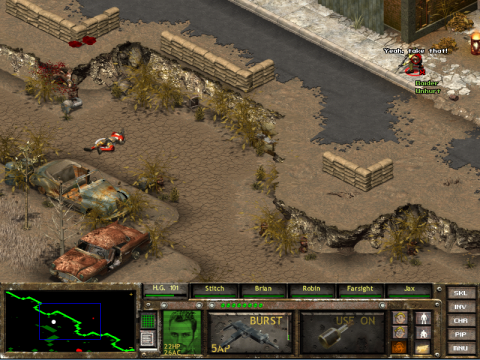 Leaked Van Buren tech demo that can be found on the internet does not contain The Prisoner’s storyline, instead providing a self-contained story set just before the nuclear war began. The playable character called The Citizen fights his way through a town attacked by China-affiliated communist insurgents with the help of corporal Armstrong, an American soldier in power armor. He then enters one of the Vaults, repairs a broken generator and starts life support systems. In the finished game, this part was supposed to be a tutorial showcasing combat (in town) and non-combat (in the Vault) skills. 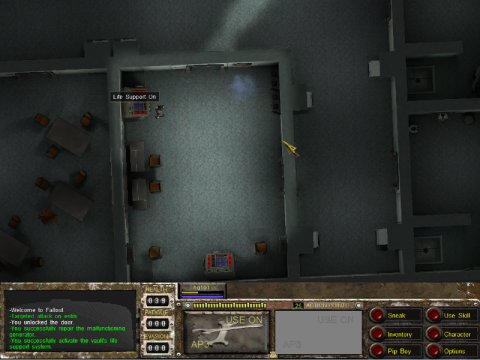 Van Buren is very short and obviously unfinished: collision detection and camera movement are very clunky, turn-based combat doesn’t work, you can’t save or load the game’s state and the settings screen does nothing (although it’s possible – and even reccommended as the default video settings are very low – to alter settings by manually editing the .ini file the game creates in %USERPROFILE%/Documents/F3) and there’s no game over when you die, you’re just going to be stuck watching your dead character until you exit the game. While supposedly the game was close to being finished when cancellation was announced, only the very early version can be found and it’s not known if any copies of later parts of Van Buren remain. 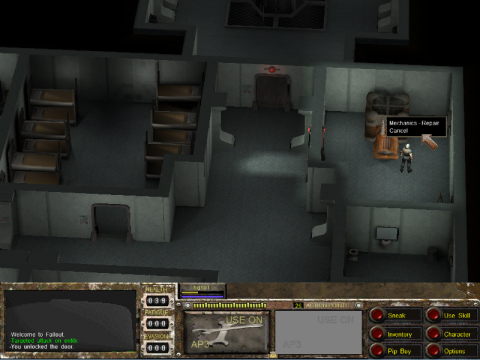 It’s hard to guess how well would the completed Van Buren play but given what is known about both the gameplay and the story, it’s a shame that this project got abandonned. In the years following the game’s cancellation, both Fallout series and cRPG genre moved into a completely different direction and only now with the mid-2010s RPG renaissance we’re slowly starting to explore the possibilities opened by combining the complex old-school gameplay, high level of non-linearity and modern technology.