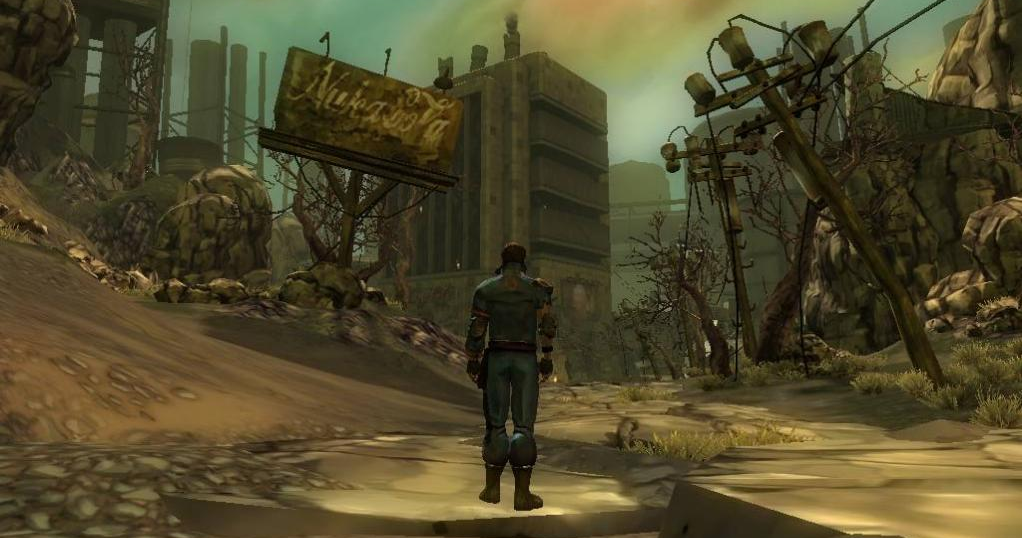 All Fallout Online screenshots and concept art taken from Nukapedia and shared under CC-BY-SA license.

Despite selling the rights to the Fallout series to Bethesda, Interplay managed to negotiate the rights to make one more game in the famous post-apocalyptic series: a massively multiplayer Fallout Online (not to be mistaken with fanmade MMO based on Fallout 2 also called Fallout Online), also known by the codename Project V13 (not to be mistaken with other Project V13 announced by Interplay after Fallout Online was cancelled: a post-apocalyptic strategy RPG unrelated to Fallout universe). In 2009 (about 2 years after the deal), Bethesda decided that Interplay isn’t doing what they promised and filed a lawsuit, resulting in a lengthy legal process (at the time of writing this post, it appears that the final verdict was given in March 2016 which gave Bethesda full rights to Fallout MMO). Fallout Online was officially cancelled in 2012. 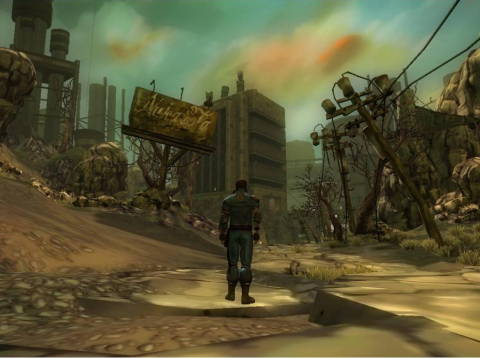 Unfortunately, not much is known about the game itself as everything about it has been overshadowed by the legal dispute. There was a short teaser video released in 2011 but it didn’t include gameplay footage, a few screenshots can be found on the internet and apparently (according to the coutr documents) the game was in a playable state in 2011. The game was supposed to be based on the same engine that powered Earthrise, another MMO by Masthead (a company which was collaborated with Interplay on Fallout Online. From the screenshots, it can be assumed that Fallout Online would be a mixture of MMORPG and a third-person shooter, although according to Chris Taylor the game would feature less shooter elements than Bethesda’s titles. It is not known how much of the Earthrise mechanics would be there and whether it would use SPECIAL system like previous Fallout games. It is safe to assume that some of the well-known elements from older games would make a comeback as one of the designers was Jason D. Anderson who worked on the first game in the series and then became one of the founders of Troika Games. 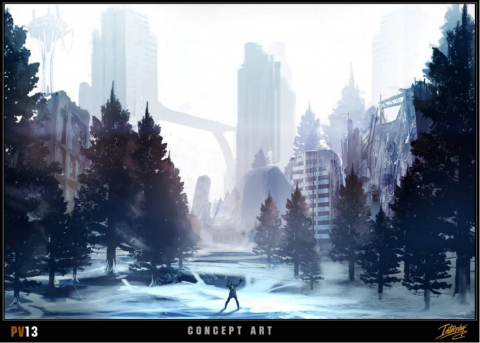 A few minor details about the project were revealed in its newsletter called The Armageddon Rag. Humans and ghouls were to be some of the playable races, with ghouls getting bonuses to skills related to engineering and trading. The newsletter also contained advertisements for a fictional Crazy Ivan’s Gun Store, revealing a few of the available weapons and a ‘Super Duper Stimpak’ healing item. A location called Menkey Butte Mine is mentioned multiple times which means it was also likely to appear in the game. 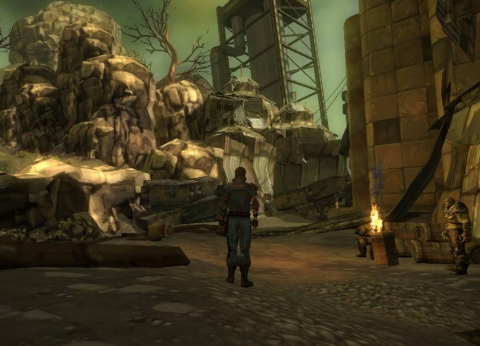 After the cancellation of Fallout Online, Interplay retooled Project V13 into a mixture of strategy game and RPG with a focus on settlement building. As the full rights to the series now belong to Bethesda, it is possible that they’re going to create their own MMO based on the franchise, probably depending on the popularity of their flagship multiplayer title The Elder Scrolls Online. If it gets made, it is extremely unlikely it will have anything to do with Interplay’s game as Bethesda is not interested in finishing cancelled Interplay or Black Isle titles.