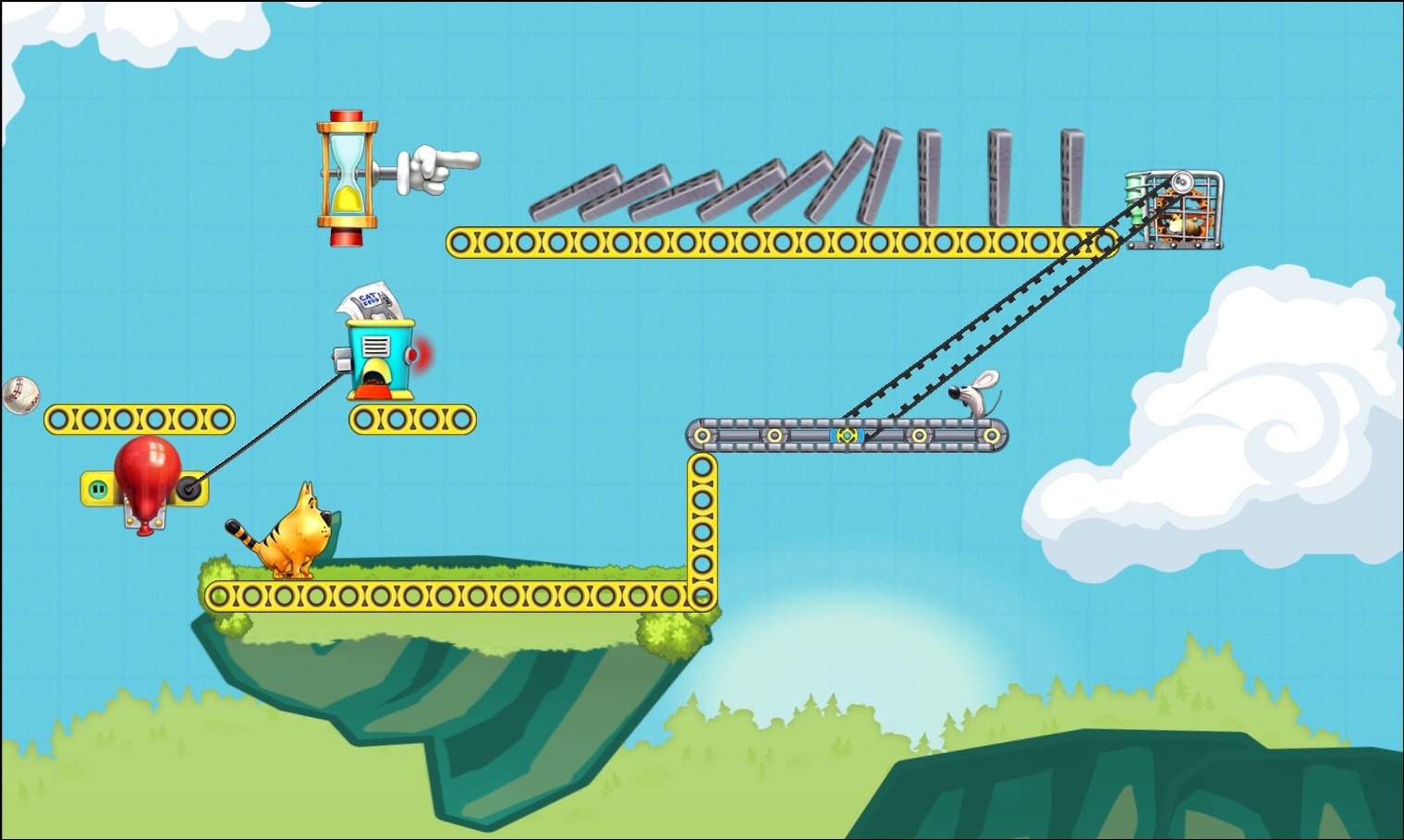 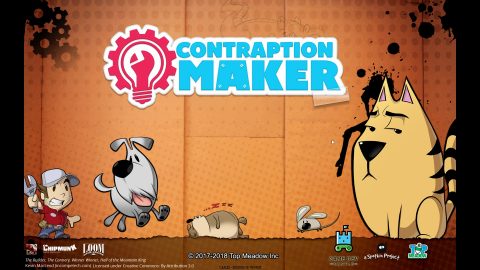 With Vivendi Games’ own hideous transformation into the unending mass that we currently know as Activision Blizzard, plenty of their back catalog would end up scattered in the shuffle. One of these was The Incredible Machine, which for some reason or another, ended up with Disney, of all companies. From their Disney Mobile division came a singular game released for the iPhone and iPad, which quickly ended up forgotten. At some point, the game was removed from storefronts, and only a Metacritic page, a single review, and a couple of Youtube videos suggest the game even existed. A sad fate, but one far too common in the days of modern mobile gaming.

The good news is that the rise of digital storefronts allows those who haven’t been part of the game industry until then to make a return, reviving and refreshing their past concepts. So it goes for Contraption Maker, which wastes absolutely no time in comparing itself to The Incredible Machine on its own webpage. It also claims to come right from that series’ original creators, and it shows. Imitators of the series have come and gone, but this is the one that has the best claim to its lofty throne. 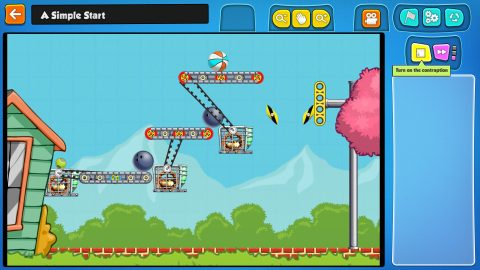 Back to the beginning again, as is the fate of all things.

If you’re familiar with the original games, you’ll have to spend almost no time at all acclimating yourself. The gameplay and the interface are about identical at first glance, although the latter has had several quality of life adjustments that make everything just a little smoother. Multiple parts can be selected and moved at once by dragging, which can save you some time. Even nicer is how certain parts will make lines that show if they’re in the right place for them to interact, such as flashlights and magnifying glasses, or ropes and tieable objects. And perhaps most appreciated of all is a fast-forward feature, featuring three different speeds of playback to cut down on watching so many failed attempts play out. 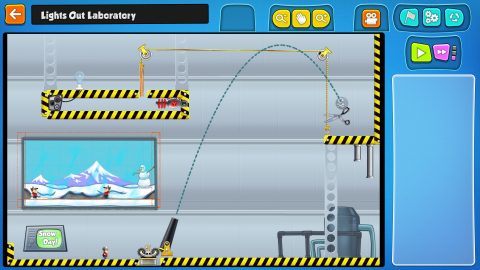 Features like this are incredibly handy for cutting down on figuring out the right placements for things.

More or less every part from Contraptions has made a return, even if they’ve got a different name and look a little different. Crocodile Steve might lack the pixellated charm of Edison the Alligator, but he’ll eat tiny men all the same. You’ll find some new things to mess with, as well – Tinker the dog will go after bones and chase cats, and can move certain things around if you tie them to his leash. The part creator will create an endless supply of parts as long as it’s activated, while toy blocks can be used to build structures, but are easily knocked over. Among other new toys are certain things that “Toolman Tim” can use, like dog whistles, sleds, or human brains. 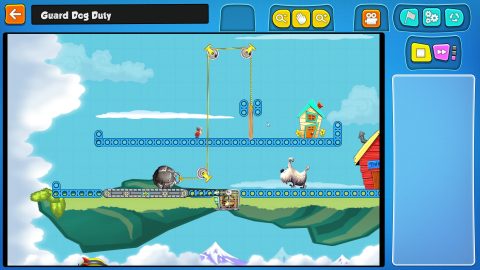 There’s a total of 175 puzzles not counting tutorial puzzles or DLC. While there’s no hint system to be found anymore (The advent of Youtube has probably made such things redundant), the improvements in the interface help to make trying to puzzle out even the most difficult of contraptions a lot less annoying. User made puzzles can also be downloaded directly from the game or from Steam Workshop – unfortunately, however, given the nature of user made content, many of these aren’t very good at all. It’s also possible to play the sandbox mode in online multiplayer – which more than likely will just result in goofing off and finding new ways to make Toolman Tim suffer endlessly. Such things are better enjoyed with friends. 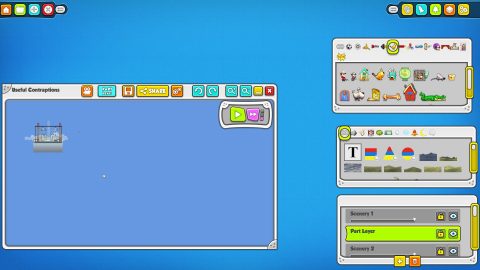 There’s pretty much no limit to the size of the puzzles you can make, except for how much your PC can handle.

The only thing that doesn’t really hold up against previous games is the game’s style – it has a very mobile look to it, with big, bright buttons and a shiny, somewhat plastic-like CG sheen to everything. Even the pop-ups that appear when you clear a level show a gold star, as if suggesting there’s a way to get more than one. Thankfully, such a thing isn’t something you have to worry about. The music has also seen a major downgrade – all the tracks aside from the title theme are royalty free tracks, the sort of things you might hear on your average Youtube channel. An attempt was made to try and offer the variety of musical styles of The Incredible Machine, but unfortunately, not much of the charm remains. 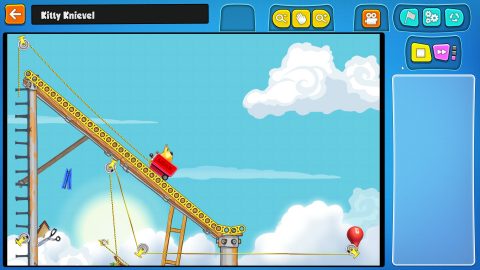 Overall, despite a few minor complaints, Contraption Maker makes for a worthy successor to games past that even manages to overtake it in some ways. It doesn’t do much to radically change the formula, but given attempts from others to try their own hand at the contraption puzzle genre, it doesn’t really need to.