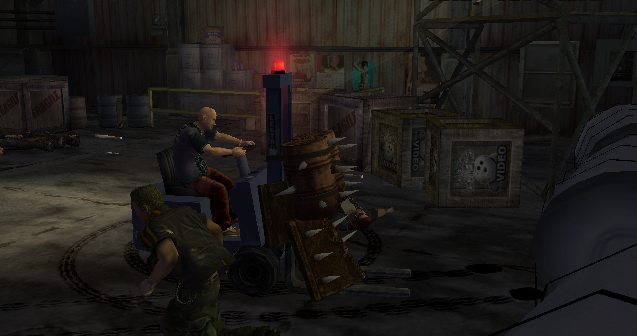 Final Fight Streetwise is another attempt to soft reboot the series, which like Final Fight Revenge, was developed by US-based Capcom Production Studio 8. Rather than belt-scrolling beat-em-up or a 3D arcade fighting game, this entry is a gritty open world brawler, inspired by games like Grand Theft Auto and other similar games that were popular in the early 2000s.

The story starts with Kyle Travers training underneath his brother Cody. However, Cody gets kidnapped due to his association with some strange zombifying drug called GLOW that’s hitting the streets. After enlisting the help of Haggar (who’s quit his job as mayor and started up his own gym) and Guy (who’s now an honorable gang leader in the city’s Japantown district), you have to untangle the mystery and save your brother. The finale pits you up against Father Bella, the younger brother of Belgar from the original Final Fight. 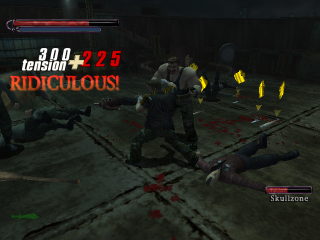 The story mode lets you walk around town, running mini-quests for people (such as chasing down muggers), train at the gym to earn new moves, earn money in pitfights, and follow the plotline. It does feel strange to be playing a Final Fight game where you spend more time running around and talking than beating people up. However, the fighting engine is remarkably solid, compared to lesser games like the Cavia-developed, Capcom-published Beatdown: Fists of Vengeance, released around the same time. Despite the lack of a jump button, it’s quite and snappy, just like the old games, with a bit of added depth and variety, including the ability to block and count. Of course, the story mode is single player only, which is a bit of a bummer.

While the tone is relatively serious, there’s a bunch of random goofiness the designers tossed in which livens things up. By running quests and beating up bad guys, you’ll gain Respect points, and the locals will run up to you and cheer you on with the most bizarre sayings (“What color do you think I should paint my room, Kyle?” or “Where’d you get that shaving cream, Kyle?”) All of the bad guys have silly gangsta parody names (one dude is named “World O. Hurt”). There are a handful of strange mini-games, including a roach stomping quest, a button-masher where you repeatedly slam a door on one of the bad guys’ head (this happens twice throughout the game, the second time in a garage door), and the classic car-bashing fest. With all the adventure elements and mini games, it almost feels like a missing link between Shenmue and Yakuza. You even get to fight classic characters like Andore and Cammy in the fighting arena. On the outside, yes, it looks like another edgy open world game, but there’s a bit of spirit lying underneath. 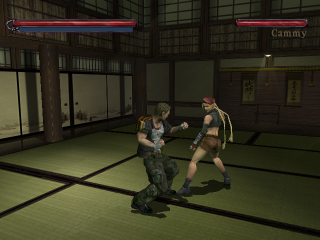 There’s an Arcade mode too, which is more the style of the original games – no fetch quests, just straightforward, linear, two-player brawling. While some of the extra moves found in the Story mode are gone, the fixed camera lets you concentrate of smashing skulls instead of finding the right camera angle. Unfortunately, you’re required to play through the Story mode to access more levels, plus there aren’t any continues, making this mode rather difficult.

The graphics are fairly ugly, showing you more shades of brown and grey than you would have believed exist. For all of its faults, Revenge was at least pretty colorful! The music is mostly licensed, from names like RZA, Mos Def, Fear Factory, and Slipknot, though some of it is pretty fitting, and there’s a remix of the original Final Fight theme in there. The game does get brutally difficult later on, especially with the drug-fueled zombies you need to fight, and the fighting system still doesn’t quite have enough depth to be too interesting through its entire length. The story is also pretty stupid, but it’s also part of the cheesy fun. Early artwork showed Sodom and Poison, though they don’t actually appear in the game.

Final Fight Streetwise is a bit of a tragedy. When it was released, it was mocked relentlessly by critics and ignored by gamers, with longtime Capcom fans feeling that the game’s gritty visuals were a sell-out to attract a mainstream audience, while ignoring what made the arcade game such a classic. It was a massive flop at retail, and Capcom Production Studio 8 was shut down. The game was not released in Japan, either.

The thing is, the original plan was to make a cel-shaded 3D beat-em-up closer to the original games. Capcom Production Studio 8 began developing a game called Final Fight: Seven Sons, which even had a small vertical slice demo created, but the executives in charge wanted them to make a game that was more “American”. Knowing this story, Final Fight Streetwise feels like a struggle between boneheaded corporate mandates and a development team who earnestly had a lot of love for the original Final Fight, even the end result does have some noticeable issues. It’s also unfortunate since Capcom’s God Hand, released several months later in 2006 and developed by Clover, the team that would later form PlatinumGames, takes on a similar (but much goofier) tone, and has a better fighting system that feels like old-school beat-em-ups properly updated. 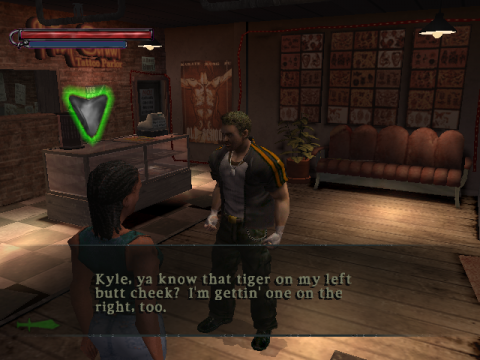 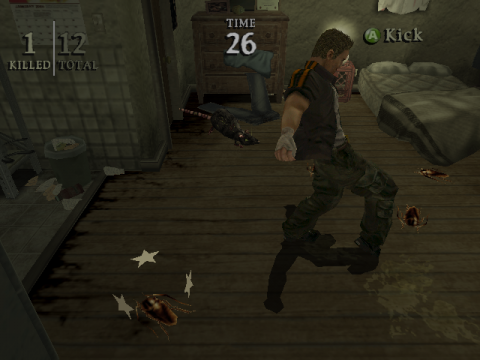 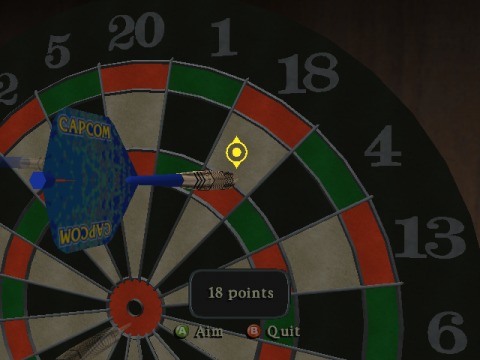 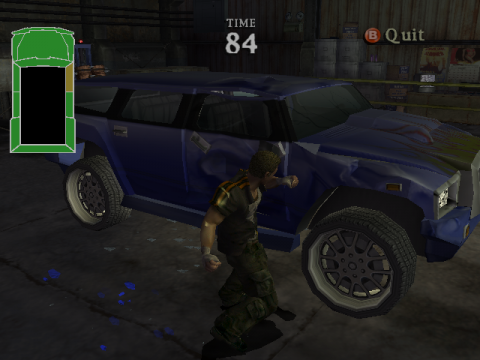 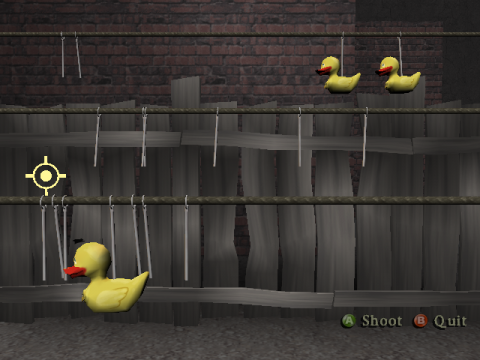 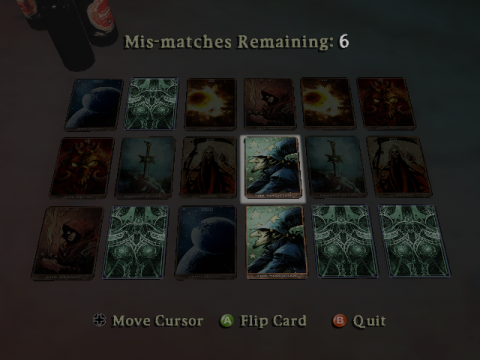 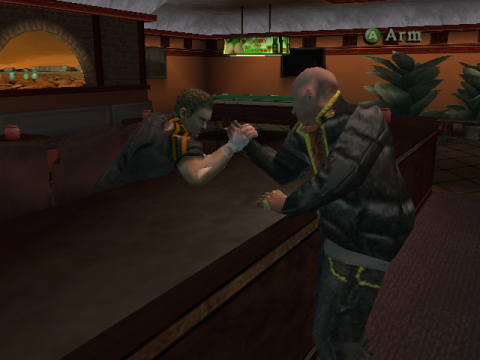 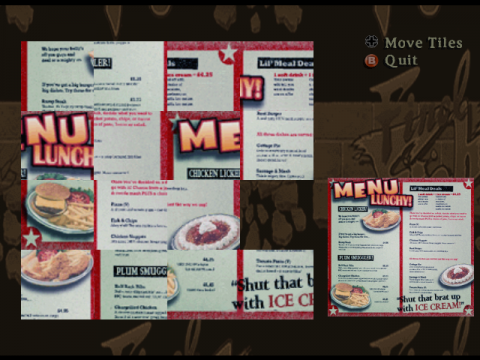 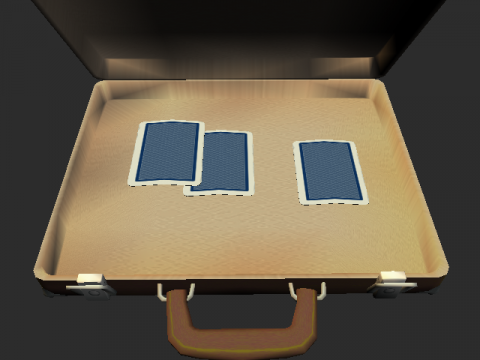 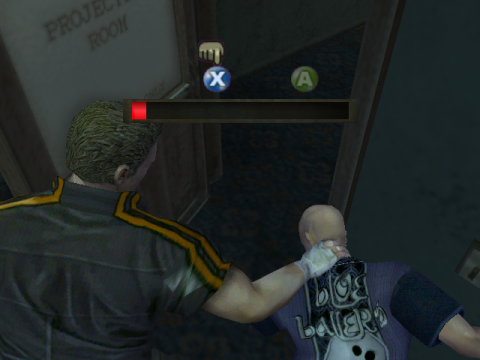