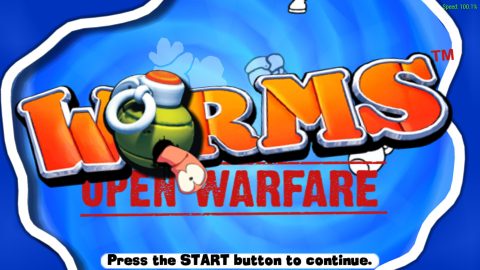 With Mayhem having seen a rather tepid reception at launch, the series would never be fully realized in 3D again. Indeed, this game in particular comes off as somewhat of a kneejerk reaction, an attempt to focus on what Worms fans had already come to accept and nothing else. While a port would eventually reach home consoles, its initial handheld stats also makes sense. Sony & Nintendo’s handhelds finally had the power to tackle a Worms game without compromise, the game’s pick and play nature suited such systems nicely, and the lower budget required must have seemed appealing to Team 17. In the end, while it’s the Worms gameplay fans have come to know and love, it makes for a rather large step backwards. 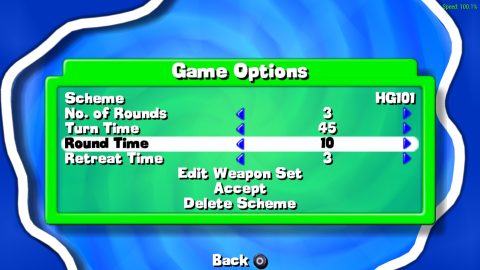 This is about all you get when it comes to customizing your gameplay style. It’s a little sad.

Open Warfare can be more or less thought of as a remake of the original Worms, with a handful of minor additions from later games. The jetpack makes a reappearance, the backflip still sees use, and cavern levels are back, continuing to give the ninja rope a reason to exist. Aside from that, however, it’s more or less the game from 1995 you may remember, in some form or another. No hand-made levels, no poison weaponry, no Wormpot. On one end, after all the experimentation and half-baked concepts the series has tried, it’s nice to see a return to what was proven to work. On the other hand, so much has been lost in the transition back to 2D that it makes for a rather bare bones package. 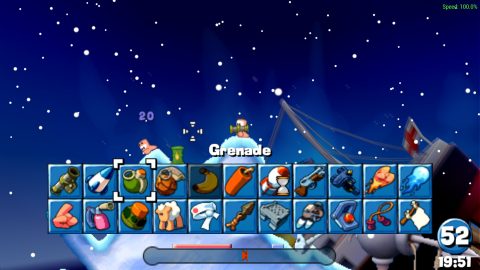 The gameplay, at least what remains of it, is leagues beyond any previous handheld attempt of the series. (At least, if you’re playing the PSP version.) That said, it isn’t entirely perfect, especially when it comes to the physics. Worms generally feel a lot heavier, not getting sent as far with explosions, and generally not sliding as far if they get pushed along the ground. It’s a feeling you can’t quite get used to if you’ve spent a lot of time with the series, as it often leads to worms just barely avoiding a death by water that would have been assured in previous games.

Something worth noting is that it seems future 2D Worms games would often reuse this game’s physics, often leading to repeat complaints from fans about a new game feel that started off here. For those used to Armageddon, it certainly is somewhat jarring, especially if a lot of your tactics revolved around just how much damage you could do by pushing worms into trouble. Unfortunately, it’s best assumed that any 2D games further on will take off from this one in regards to physics, a large reason fans often consider the games to follow Armageddon to not quite match the magic. 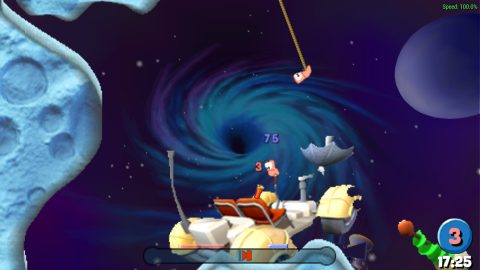 Once you’ve finished the series of single player deathmatch missions, the only thing that remains is the multiplayer. The game lacks online play entirely, forcing you to either pass the handheld around or have other players you own the games themselves – something that many reviews of the time called foul on. In terms of graphics, the new, high-resolution worm sprites clearly take design inspiration from the 3D games, and come off looking well. There’s only a handful of themes on display, each of which comes with a polygonal background. This extra detail comes at the cost of framerate, which feels a little choppier than most games in the series. 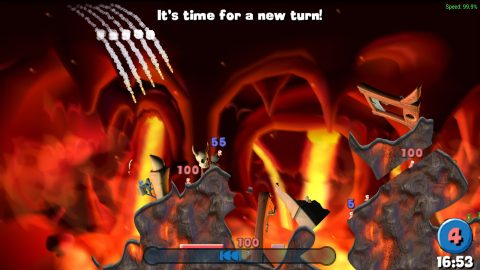 At its time of release, most reviews looked past Open Warfare’s flaws, many not even acknowledging previous handheld efforts. Keeping those in mind, this title is leagues beyond what those ports were capable of, flaws and all. It’d soon be outclassed, however, with a sequel that would make up for all its shortcomings.

While the PSP version of the game was developed by Team 17 themselves, the DS version was outsourced to a developer by the name of Gamesauce. While this version shares some graphical and sound assets with the PSP version, everything else from the user interface to the physics feel so different that it could be considered a different game entirely. It also has physics so off that not even moving in a straight line feels right, poorly transferred graphics that are left heavily pixelated, and a control setup that forces you to use the stylus to move the camera or select weapons. While use of the stylus would be expected, the lack of any alternative method means playing on a real DS quickly proves uncomfortable. Compared to how close the PSP version got to replicating the experience, minus some complaints, the DS version in particular brings back unpleasant memories of World Party on the GBA. 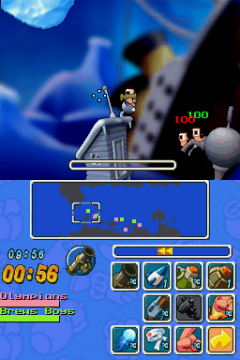 A year after the release of Open Warfare, an enhanced version would see release on several systems. The console versions also feature online play, while the mobile versions make use of touch screen controls.