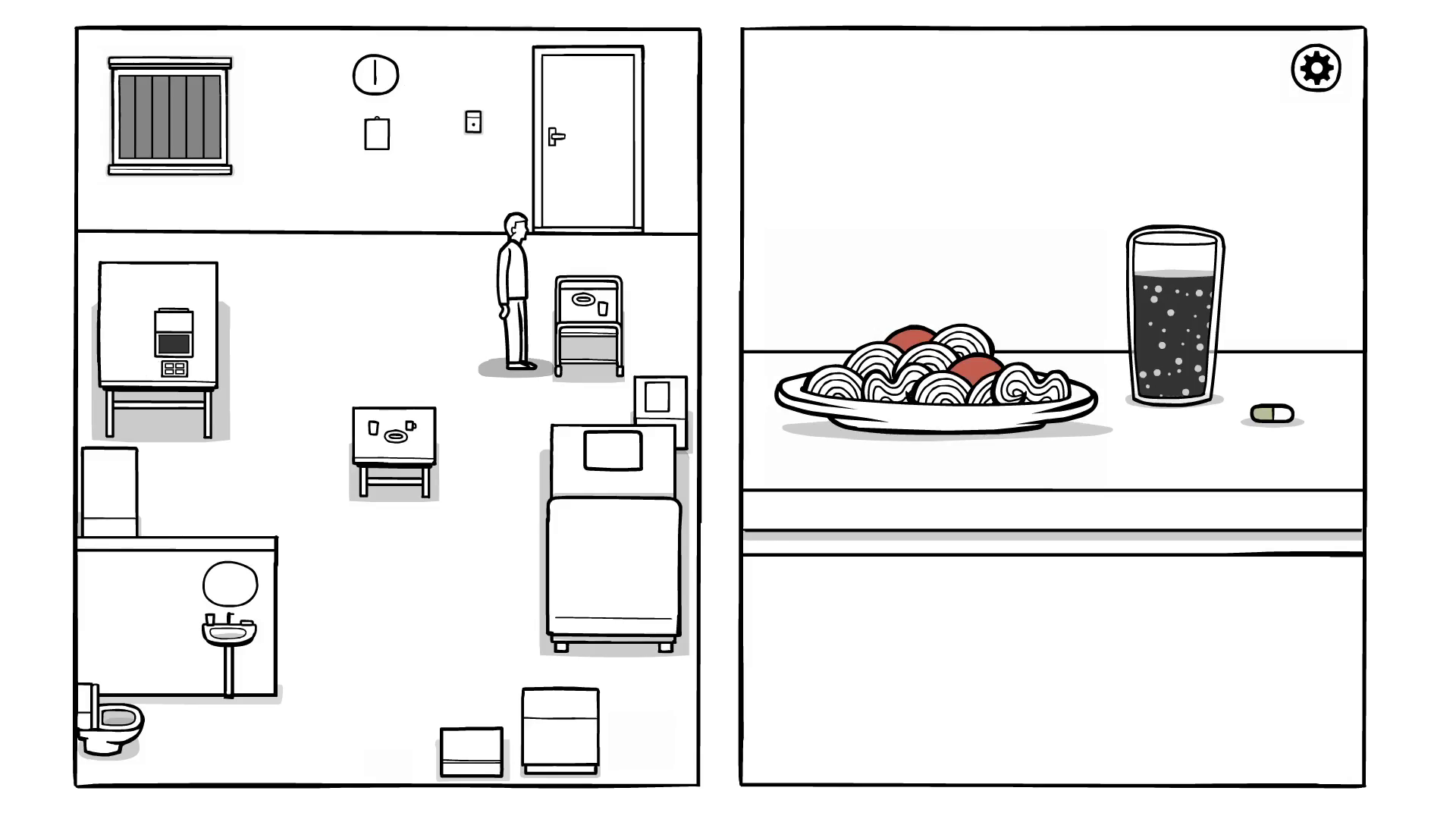 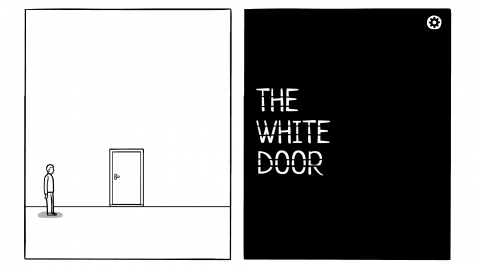 After the success of previous games in the series, Rusty Lake’s owners founded a new publishing studio, Second Maze, and announced its first title would be a Rusty Lake game to help build up steam for the new company. As a Second Maze game, The White Door has a very different feel from the other Rusty Lake games (or at least that’s the developer’s excuse), but it still fits in to the overall continuity.

You play Robert Hill, the witness Dale was boozing during Rusty Lake: Theatre. The White Door confirms that Robert was dating the victim of the Seasons murder, and he’s since had his life and mental health ruined by her death and subsequent police accusations. As a result, he’s committed himself to The White Door mental health facility, which he sees entirely in black and white. In addition to familiar Rusty Lake jabber about past lives and memories, the staff repeatedly promise to “bring colour back into [Robert’s] life.” The added focus on mental health is refreshingly positive: unlike many a horror franchise, The White Door leans pro-therapy, which it manages to convey even though these particular therapists should probably be in prison. 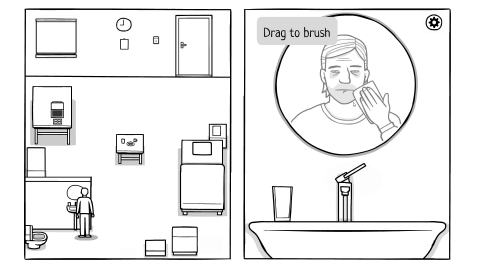 The White Door is controlled using an unusual two-window setup. The left window shows the room from bird’s eye perspective during the day, but uses various other perspectives during dream sequences. The window on the right shows close-ups on whatever you’re standing near at the time. It might take a little while to get used to this setup, but it works fine after you acclimatize, and naturally leads to some neat visual tricks before the game is over.  One of the biggest changes brought about by The White Door‘s new style is the downsizing of all the puzzles. The White Door ranges much closer to a Visual Novel than any previous Rusty Lake game.  At the start of the game, you’ll learn to follow the facility’s routine, most of which is purely narrative. The few puzzles come from the “Check-Up” and “Memory Training” segments. During the Check-Up, an orderly will ask you a few questions about Robert which, as an external player, you have to solve by searching out evidence in the room itself.  It’s nice of them to stand and wait for you while you go to check your own driver’s license. The Memory Training is a little more unusual, but still falls under the purview of a standard puzzle.  The Leisure Time sequence may or may not include puzzles: the awful dominoes puzzle from Harvey’s Box returns during one of them, Robert stubbornly declaring that it’s his favourite game!

The rest of the game consists of simple, maybe even boring call-and-response actions. Some examples. Robert dreams about a meeting with his girlfriend, and says he drank some of his coffee: the player has to raise the cup to his lips.  Robert says she couldn’t meet his eyes, so the player has to click and drag her eyes to look to the side.  The overall mix of dry routine during the day and dry call-and-response during the dreams is deliberate and builds towards a common theme, but that doesn’t make them any less simplistic. Anyone gearing up for a traditional puzzle-fest is going to be disappointed, but players here for the story will hopefully still find what they’re looking for. 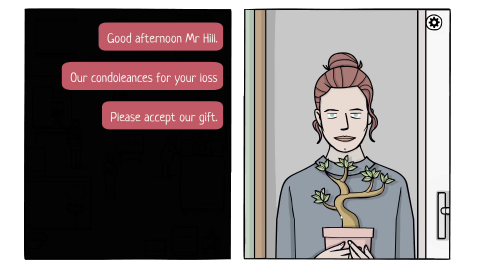 In addition to regular gameplay, The White Door includes several secrets, some of them extended and hard to find (one includes voice acting from YouTuber John Wolfe, who ironically couldn’t find his own sequence when it came time to play!). In addition, there’s a final chapter with an alternate ending that seems to conflict with the original, making it hard to tell exactly what really happened by the end of the story.

Not long after the release of The White Door, Rusty Lake began an ARG based on the game.  Accessing the facility’s supposedly abandoned, 1990s website and various, modern-day social media accounts, players can hack the employee login page and uncover a dire conspiracy. Most of these sites and puzzles are still accessible today.  The penultimate step, however has been modified. It originally involved sending players around the real world globe to find cubes that had been secreted in various countries with the help of a few friendly businesses. These cubes, in turn, gave the players codes that can be used to access a third ending still baked into The White Door itself, leading to a third, if somewhat uninteresting, ending.  These days, you get the codes directly for solving the final solo puzzle in the ARG. 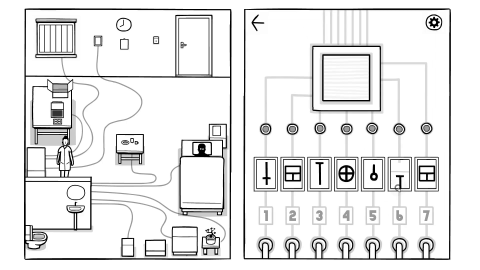 Fun fact: Rusty Lake fans were primed and ready for these kind of shenanigans, and actually accessed the secret area that led to the ending before the ARG started and before the area was even added in patch, leading to an inescapable void.  The Rusty Lake team sent fans their compliments, but had to go change the locks to keep up the challenge.