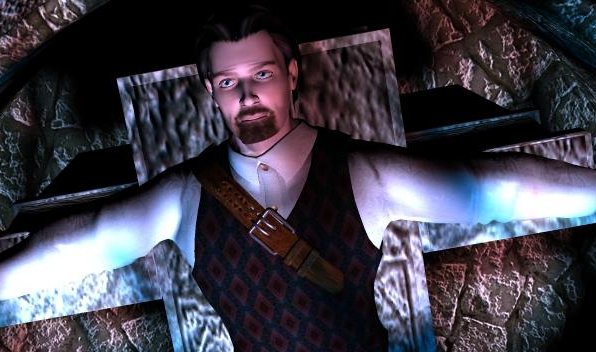 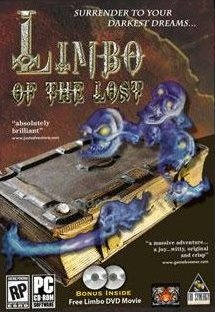 Game developers never mean for their product to turn out terribly. E.T. for the Atari 2600, Superman for the Nintendo 64, Big Rigs for the PC – each of these disasters in their own way, but most likely turned out the way they did due to unreasonable deadlines, misappropriated budgets and generally poor management. And yet, every once in a rare while, there comes a product so deranged, so massively deluded, that it results in an absolutely beautiful trainwreck. That product is Majestic Studio’s Limbo of the Lost, quite possibly the worst adventure game ever. 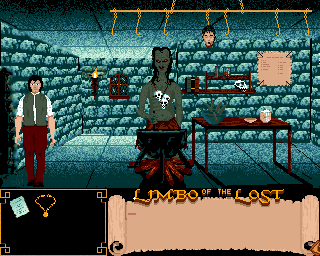 Limbo of the Lost was initially conceived as an Atari ST title back in the mid-90s. As the platform died, developed shifted to the Amiga, where they were able to cobble together a demo and release it to the public. But Commodore’s computer was dying too, as was the general interesting in adventure games, leaving the game without a solid publisher, and therefore without funding. It was finally released in 2007, though barely such much in the way of distribution. 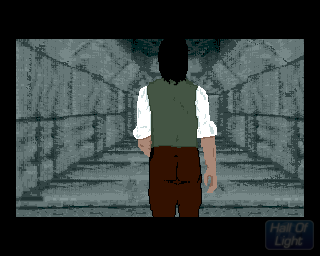 Under normal circumstances, the title would’ve been released to little fanfare, and probably ignored outside of the most devoted circles. But the mainstream blogging press quickly latched onto one completely hilarious issue – a huge number of assets were plagiarized from other games. These weren’t simply models or textures – it was like the graphic designer decided to load up Return to Wolfenstein, take a screenshot of a dungeon hallway, and turned that into a background. The list of games it steals from ranges into the dozens, including Enclave, Unreal Tournament 2004, Oblivion, Painkiller, and numerous others. It’s not just the backgrounds, either. Some voice samples were nabbed from Thief. One of the trailers uses music from Hexen. Some of the title card backgrounds were stolen from The Lord of the Rings: Battle for Middle Earth and Diablo II. The gargoyle on the options menu was traced from an advertisement for the movie Beetlejuice. Part of the intro movie was recorded straight from the Spawn movie, where another cinema was yanked from the Pirates of the Caribbean computer game. 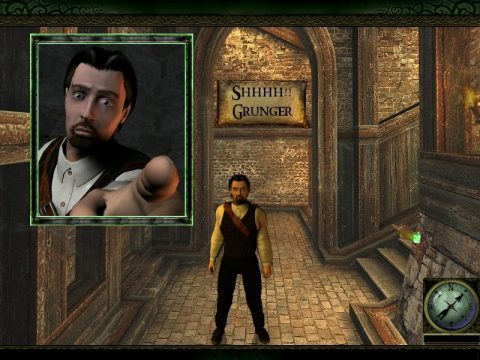 Upon its release, members of gaming forums the world over found endless amounts of hilarity in the blatant plagiarism, and discovering the sources for each illicitly gained asset into its own metagame. Everyone marveled over the sheer laziness of it all, begging the question – how did this even come to be? Was the lead designer and art director, Steve Bovis, so deranged that he thought no one would notice? Was the whole product some kind of massive prank to swindle both the publishers and the gaming public? As of yet, no one’s quite sure – the official excuse from Majestic Studios is that the assets were outsourced, leaving the blame on this shadowy corporation they refuse to name – but ultimately the game was pulled from shelves, and most of the founders resigned in disgust and embarrassment.

Outside of the blogosphere, only a few sites bothered to review Limbo of the Lost, and most flunked it simply out of principle. The controversy overshadowed the rest of the game, although to be fair, the game is still awful. But it’s also awful in some hilarious ways. 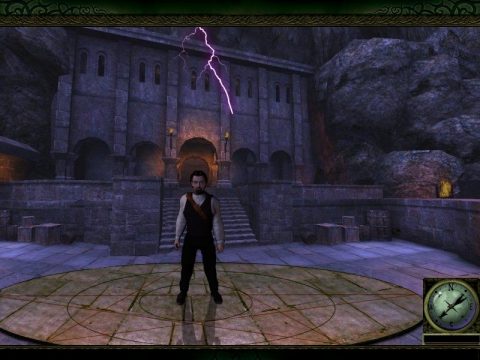 The story actually revolves around real-life historical figure Captain Benjamin Spooner Briggs, whose ship, the Mary Celeste, sank in a horrible storm. He awakens, not quite dead, in limbo. He is apparently a pawn in the battle between two godly forces, Fate and Destiny. Briggs’ goal is simply to escape from limbo with his soul intact. The two gods, for whatever reason, have control over the Four Horseman of the Apocalypse, who also cause some issues throughout the adventure. Most of this backstory isn’t actually told on the game, but rather in a cinematic on the supplementary DVD included in the package, for whatever reason. The name, along with the basic scenario, was inspired by (or plagiarized from, depending on your point of view) John Wallace Spencer’s 1969 novel, which was about unexplained disappearances at sea, including that of the Mary Celeste.

The scenario is similar to the planned Amiga version, although most of the rest of the plans needed to be redone. The released version also shares some of the same characters as the prototype, including Briggs, obviously, but they all look drastically different. The Amiga version seemed to have a European comic book aesthetic, where the released version looks like they grabbed any premade character model they could find, dressed them up and hoped no one would notice. 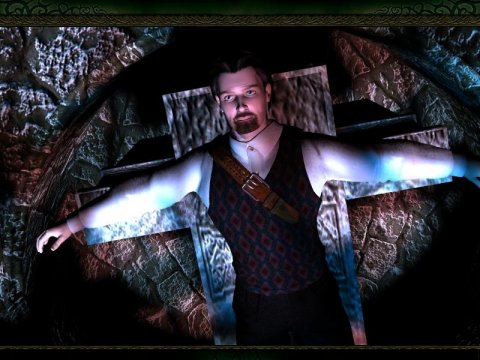 Upon viewing the intro and the title screens, one could easily assume that this is simply a self-important horror game, but a few seconds of playing the game reveals the fact that it really doesn’t take itself seriously, at all. Like Simon the Sorcerer, Limbo of the Lost is filled with wacky and stupid supporting characters. Unlike Simon the Sorcerer, none of them are legitimately funny. The first character Briggs meets is Arachne, an emaciated human who crawls on the ceilings and speaks like Jar Jar Binks with a Cajun accent. Just a few screens away, dangling in a cage, is William Nilmates, the comic relief zombie. He sounds almost exactly like Arachne – as to most of the other characters, since they seem to be the same voice actor doing the same stupid voice – and doesn’t actually converse so much as unintelligibly ramble for what seems like minutes at time. (Briggs even nods off during their first encounter.) He pops up mysteriously several times during the course of the adventure, and his appearances are only humorous in that “OH GOD WHY” sort of way. There’s actually a character Cranny Faggot, a spooneristic reference to famed chef Fanny Craddock, which is about as insultingly clever as this game gets. She’s not particularly funny either. She also babbles on and on witlessly, like everyone else, and there’s no way to skip any of the speech.

Particular note must be made of the character portraits during dialogue. They’re computer models, like the characters themselves, and they even appear to be vaguely lip-synched. But the camera has a strange obsessive with extreme close-ups, dramatically zooming right up to the subject’s nostrils and back. The animation it also deliriously amateurish, with some facial expressions practically custom mode for message board macros.

One of the silliest moments occurs when Briggs finally finds his way out of the underground caverns and into the town of Darkmere. Here, he finds another bizarre character who mumbles furtively, before a gigantic monster comes out from nowhere and turns him to stone. Just as quickly, a tiny little girl also comes from nowhere, points at Briggs, and proclaims “SOUL TAKER!” before disappearing into the mist. It’s such a poorly telegraphed scene that even Briggs seems positively flummoxed, perhaps mirror the player’s own exhausted confusion.

But such unintentionally laudable scenes are in crucial supply. Most of the game is spent roaming through dark dungeons and castles and sewers, scientifically proven to be some of the least interesting scenery in video games. Since creating backgrounds was apparently as easy as hitting the “Print Screen” button, they used the opportunity to make each area really, really large, and thus bulging with pointless filler screens. Not only is there tons of running around, but since everything’s so dark, it’s tough to see any of the tiny, tiny items you might need to progress. And if you do manage to find anything, prepare for some of the usual, half-witted item combination puzzles. To create some tequila, you need to grab some water from the sewers and combine it with a worm. 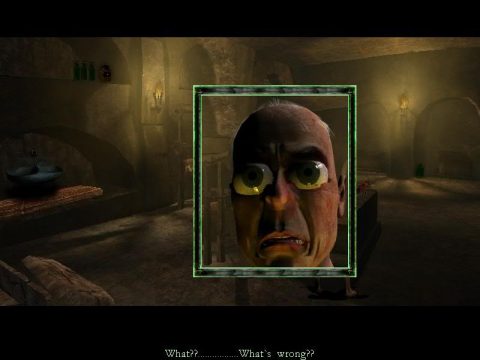 Visually, the game couldn’t possibly be any more tedious, but it’s also filled with hilariously lazy touches. The text, for example, is not actually incorporated on to any textures – it is merely pasted on the image itself, presumably in Photoshop (or perhaps even MS Paint) in the same font, for every object, without regard for shape or depth. Some of the torch flame flickers seem to be taken from the famous animated GIFs from every home made web page from the 90s. The subtitles are filled with grammatical malfeasances and miscapitalized words. Nearly every sentence is divided by a series of a dozens periods or more, and occasionally sprinkled with insane laughter, whether it’s vocalized or not. The interface is unnecessarily over-complicated, as all actions are taken via a Ouija board, and works similar to Full Throttle and The Curse of Monkey Island. Every time you call it up, though, there’s a dramatic, crackly animation that takes at least a second, plus whispering voices every time you highlight one of the actions. Someone spent way too much time on this when there were clearly more important issues to handle.

There’s a lot of evidence that Limbo of the Lost really is a slapped together comedy, full of brazen, “what the hell, screw the man!” spirit, as if it were a high schooler’s programming project that somehow got released as a commercial project. It’s too bad that energy never actually translates into the game itself. One could surmise that Steve Bovis is the video game equivalent of Ed Wood or Tommy Wiseau, whose general ineptitude at basically everything didn’t stop them from producing works so disastrous that they’ve carved themselves their own little niche in pop culture. But the differences between movies and games are obvious – even the worst movie rarely lasts more than two hours, whereas actually sitting down playing Limbo of the Lost requires substantially more time and effort than it’s ultimately worth. There’s some “so bad it’s kinda good” comedy to be found, but most of it is buried deeply beneath the massive tedium that it’s not really worth experiencing firsthand. 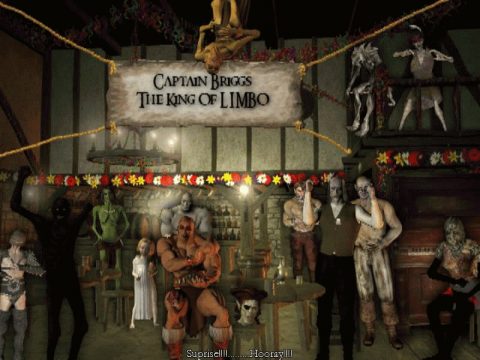 So, in the end, was this all a joke? Were we all punked? The game’s official website was on Geocities, after all. But the crowning achievement is the ending, where Briggs falls into darkness, and awakens to a surprise party in his honor. Filling the rooms are all of the characters he met during the game, who take to the piano and sing his praises in a remarkably catchy ditty about him being “The King of Limbo”. It’s quite catchy in its insanity, and practically reveals the whole project as a gigantic prank.