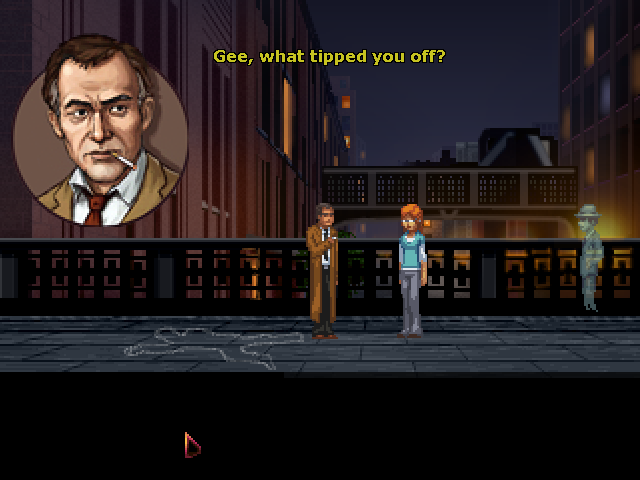 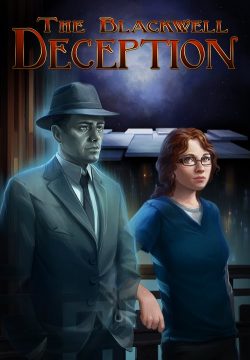 Deception is a tricky entry. In some respects it’s the best to date. But it also has the drawback of feeling disconnected. Simply put, Deception sets up a Blackwell game that never was. The story was meant to build up to a shadowy overlord enemy, which Rosa and Joey would take down in the next installment, but over the three year period between Deception and Epiphany Gilbert decided that it just didn’t fit the tone of the series. “I spent a lot of time and effort trying to make that ‘secret enemy’ from Deception fit into the story of Epiphany, and it just wasn’t gelling,” Gilbert explained in response to an ask.fm question. “So in the end I just decided to not do it. While I regret leaving that plot point dangling, the resulting story was much stronger as a result.” Despite this, Deception also includes some of the series’ most profound character development. It may perhaps be thought of as a rather important “monster of the week” episode, still adding to the depth and complexity of the series without much game-to-game arc significance. In sum: We have a wonderful entry that adds much characterization to its protagonists but ultimately feels isolated.

An isolated plot doesn’t mean a bad one, though. In fact Deception introduces a highstakes conspiracy. While perhaps not the most elaborate in the series, it is certainly the most devastating in terms of its consequences. Rosa and Joey begin to unveil the horror by way of a phone call from Rosa’s old Village Eye coworker Jeremy. Jeremy, a fellow journalist, was writing an article about phony psychics when he apparently got too sick to leave his apartment. He contacts Rosa and asks for help in finishing article, promising to split the profits and the byline. When Rosa and Joey arrive at his apartment, she realizes that something is terribly wrong, and that this may go beyond mere phony psychics. 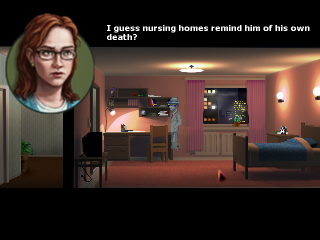 Beyond the juicy conspiracy, the most gratifying appeal of Deception is how much more fully realized the characters are. Rosa for instance has become more steely than when we first saw her in Legacy, resorting to intimidating and even blackmailing people on separate occasions in order to carry out her goals. The player sees her embracing her role as a medium more fully than ever before. Joey, meanwhile, is given more background info, filling some gaps in his history that fans have been wondering about since game one.

Gilbert is also fantastic at defining his characters in a subtle fashion. Rosa and Jeremy, for example, had or have a clear attraction for each other, but this is never expressed outright. Rather it lingers in their interactions and dialogue. And both Rosa and Joey seem more personally affected by the ghosts, something that was never quite as apparent in previous games as perhaps it should have been, yet it shows through here in an interestingly undercurrent kind of way. The profundity of facing mortality, and of being the one to continue living after helping so many to come to terms with their death, is in full effect, but the game is never blunt about it.

As usual, there is nothing too new to report about the gameplay. There are fewer inventory-based puzzles. The best new feature is the myPhone, Rosa’s smartphone, which cuts down on the cumbersome task of returning to her apartment every time a new clue is discovered. Combining notes also returns. It works fine and never becomes an obstacle, but nevertheless it still feels like an unnecessary step in the investigatory process. 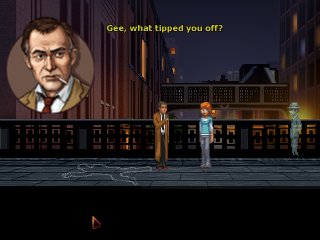 The music, again by Thomas Regin, is expectedly wonderful. This time around it sounds more like one of Angelo Badalamenti’s soundtracks to David Lynch’s work. That is: Both jazzy and electronic, like Miles Davis with a touch of John Carpenter.

Graphics are again great. Both the character sprites by Ben Chandler and backgrounds by Indrek Plavutski are beautiful. The sprites are somewhat smaller than before, and Rosa’s sprite in particular looks rather like a two-by-four in posture when she stands to either side. In addition, there is a serious contrast between the resolution of the menus and everything else, which doesn’t look too nice when you have to go back and forth between the two. Otherwise the series’ expectation of gorgeous pixel art is fulfilled, never too static and rarely unmemorable.

The original character portraits were done by Daniel Rubinstein. While not bad by any means, they look better suited on a shelf next to Archie comics than in a Blackwell game. They look cartoony and silly, definitely at odds with the serious tone of the game. Recognizing this, Gilbert updated the game when Wadget Eye released the first four games as a bundle in 2013. The new portraits are by Ivan Ulyanov. They fit the atmosphere of the game substantially better, a bit more grave and realistic, and are especially effective in revealing Rosa’s more hardened countenance and the more-or-less dismal state of mind of most of the characters.