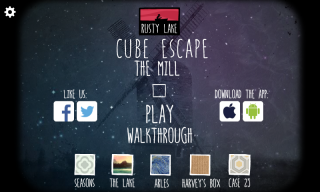 After introducing the player to the general plot in Case 23, The Mill throws the player into the deep end by giving them control of the mysterious Mr. Crow, one of the movers and shakers of the previous episode. His motives will remain mysterious even as you carry him from step to step, at least until you finally see the results for yourself, which can be a very unusual experience. From what you can tell, the plot involves fulfilling the written orders of a certain “Mr. Owl” (also Bob Rafferty), orders that might seem straightforward at first glance, and only get stranger in execution. 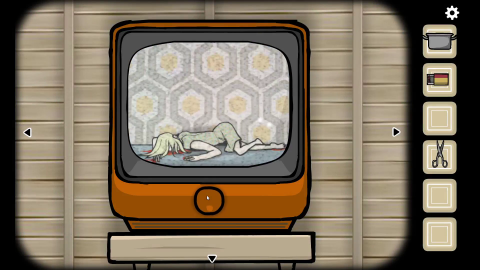 The Mill is the first game in the series to offer something approximating “answers” to series’ surreal elements, although the series never really “explains” these so much as “demonstrates through a deeply surreal filter and hope you comprehend.” Naturally, that’s something fans love about the series, but it can be a little weird in this one instance, where you’re actually intended to act on this information to work out what Mr. Crow should do next. This time, you’ll be stealing a corpse and sticking it in a strange machine, and even that’s going to be even less logical than it sounds.  Still, an illuminating entry, after its fashion.

The Mill is the first game in the series to allow you to move however you want between multiple rooms, something Cube Escape would never do again, perhaps in an effort to keep the games distinct from the premium titles.  Unfortunately, The Mill is known for its counterintuitive puzzles, maybe even more than all other entries in the series.  A lot of these problems resulted from the series’ aforementioned design language problems, like not clicking in the old woman’s mouth (because why would that be different than clicking on her anywhere else?), or not feeding the cow before solving its combination lock udders to milk it (since this represents a mix of adventure puzzle and setpiece puzzle that games rarely do). Most of the game’s puzzles relate to helping out the aforementioned woman in exchange for increasingly complex tools. While it’s interesting to interact with a living person for once, the repetition sours the experience and some of the tools only serve to solve later requests from the same character. Furthermore, nearly everything Mr. Crow does in The Mill has some connection in Case 23, which is great for returning fans but makes the narrative almost illegible if you accidentally played this one first. Thankfully, that’s an unlikely situation in the present, what with the carefully organized Cube Escape Collection.

Still, most of those problems are minor in the grand scheme of things, and the game holds together well overall, and the answers it has on offer will only intrigue players into wanting more, which was good, as the first premium game was around the corner.