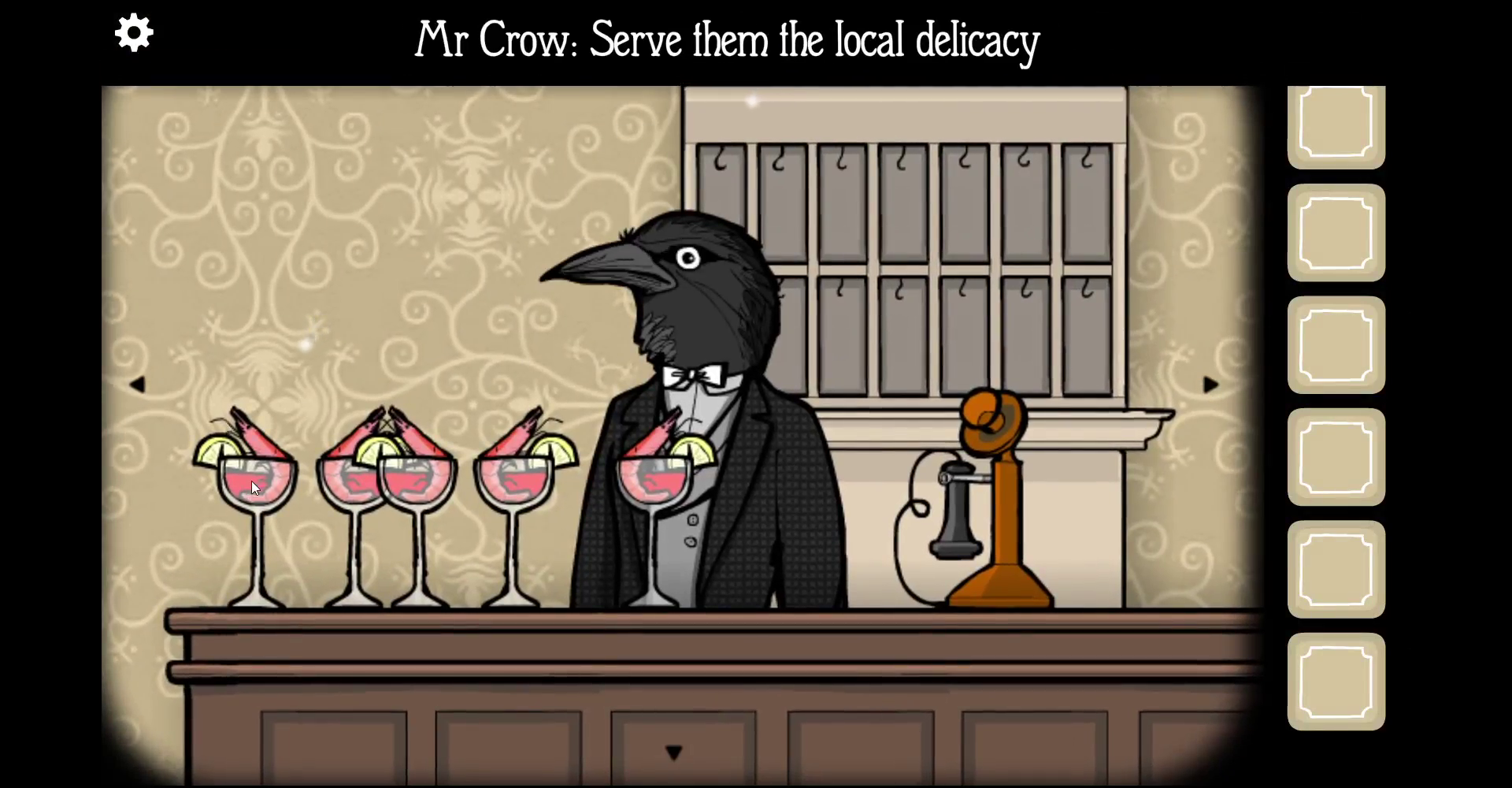 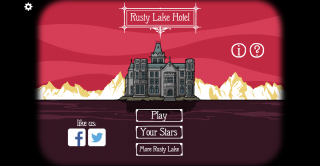 At this stage, Rusty Lake broke the series into two threads. The free Cube Escape games would continue, while a new line of premium games would be released under the self-titled Rusty Lake series. Unfortunately, there’s quite a bit of crossover between the two, and it’s up to the player to sort the titles out by release date. Even the Cube Escape Collection doesn’t bother to clarify the intended play order. Thankfully, spoilers will be minor on Cube Escape‘s side prior to The Cave, but once you hit The Cave, the details are going to be broadcast from loudspeakers.

Rusty Lake Hotel opens with a speech from Mr. Owl that sets the tone for the entire product. Addressing the player as an employee of his island hotel in the middle of Rusty Lake, Mr. Owl informs you that you’ll be responsible for preparing meals for his five human/animal hybrid guests over the course of the next week. “Make sure each one is worth dying for,” he adds, his voice a cross between jovial and sinister. Part of the fun of watching a Let’s Play for this game is waiting to see how long it takes the player to recognize that he means this literally. 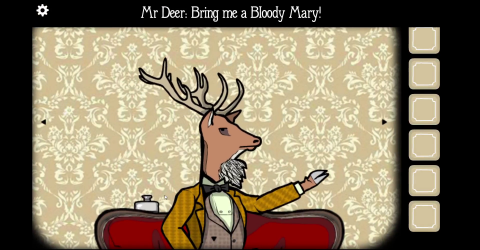 Every day in Rusty Lake Hotel is divided into parts. The bulk of the gameplay comes when you follow one of the guests’ requests to help them in their room in some capacity, though you can also poke around the lobby beforehand for some optional content, namely hidden ingredients for the next day’s main course. While you’re free to help the guests in any order you choose, if you follow these optional bonuses, the game will essentially force you into doing the rooms in a specific order, which is a shame, as the game lost a lot of replayability in this completely arbitrary decision.

Once you arrive in your chosen guest’s room, it’s time to get to work on their request. Mr. Deer wants a Bloody Mary, Mrs. Pigeon a bath.  Should the player innocently attempt to leave the room, the game will inform them that they’re not allowed to leave without finding the meat for tomorrow’s dinner.  A few glances at the recipe book and things will probably click into place: the game wants you to murder the guests and feed them to the survivors. 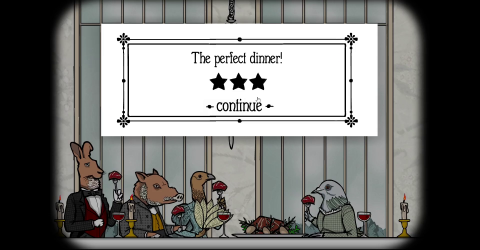 The animal appearance of each guest seems designed to take off the edge of the horrific acts at the centre of the plot… well, that and the fact that at least one of the victims is a truly terrible person in their own right. In fact, if you look closely, there are hints as to why Mr. Owl might be doing this hidden throughout the game, though nothing becomes crystal clear until several games later (and for a while, they only get more complicated). Mr. Deer is investigating the hotel.  Mrs. Pigeon… well maybe we shouldn’t talk about Mrs. Pigeon.  Better to just live in the moment. The macabre, visceral moment.

The game basically continues in this fashion to the end. The thematic through-line of murder and cannibalism gives Rusty Lake Hotel an extremely strong identity even amidst the rest of the series.  Despite what previous games in the series might have you believe, Hotel is exactly what it says on the tin in the opening moments, almost refreshingly so, even though you might not have recognized what the tin was saying at the time. You kill the five guests, and the game follows up with a surprisingly brief and mysterious conclusion.  If you paid especially close attention, you might have deduced the combination of keys required for the lockbox in the lobby, in which case Mr. Owl will give you a secret that might initially go over your head, and that’s the end of that. It’s not shooting for epic. It’s just tidy and efficient, and in doing so, it’s extremely well refined. The few few slip-ups are nearly all of them in Mr. Deer’s room, including the infamously counter-intuitive butterfly-catching puzzle, and the time-slog of a water-pouring bottle puzzle. Some of the other secret ingredients aren’t exactly fair either.  Hotel may also be the smallest of the premium games, but it’s only because the main quest is otherwise wound like a Swiss watch from a nightmare dimension. A wonderful first effort for the premium series.

Rusty Lake Hotel and the next Cube Escape game, Birthday, were released a mere month apart. Just like Cube Escape: Seasons and The Lake, there is a carry-over code between the two (i.e. the code comes from Hotel and goes to Birthday). This time the code reveals a bonus scene, arguably a brief continuation of Hotel that sets up for later events.  The removal of this scene to Birthday actually helps Hotel work as a standalone game, without the blurry edge of being part of a larger series, and the game has served as many a player’s starting point in the series as a consequence.