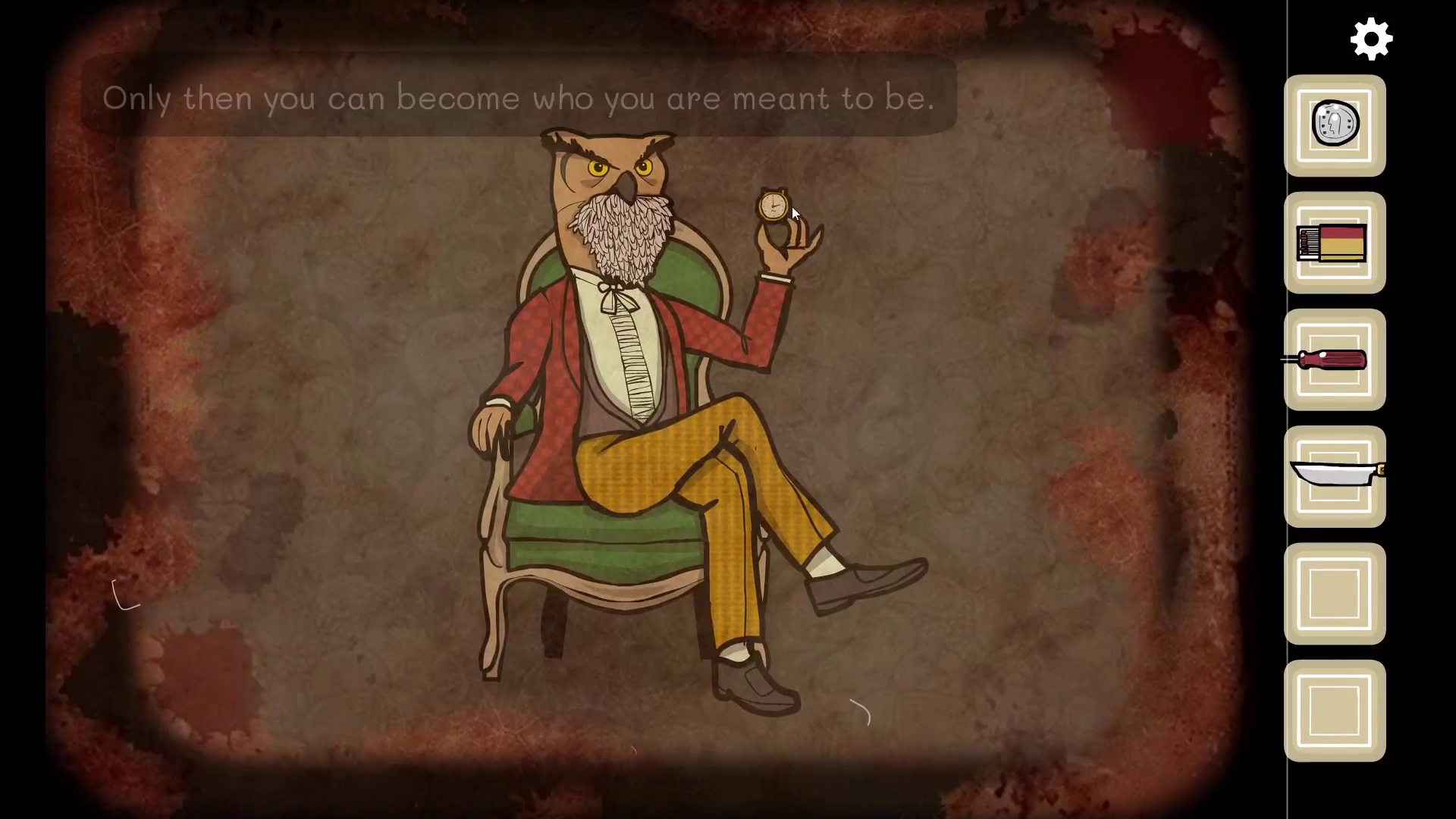 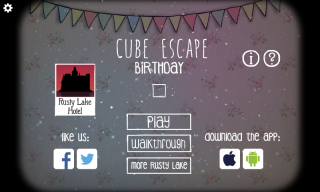 At the end of Case 23, Dale Vandemeer was plunging through the unknown in a world filled with cubes. Both Cube Escape: Birthday and the next game, Theatre, address those Cubes, which present themselves to Dale as memories from out of his past that he now has to relive. While only the second game makes this obvious from the off, neither experience is wholly representative of Dale’s actual, lived experience, and are filled with paranormal metaphors, but both are going to shine some bright lights into detective’s life, and the murder mystery from Seasons that’s all but literally consumed him. 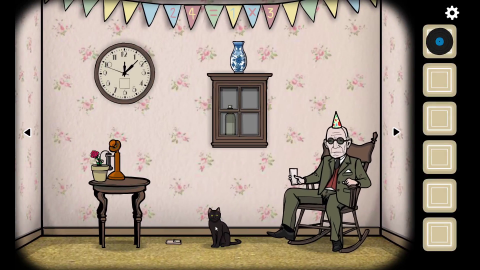 It’s one of Dale’s childhood birthdays, and his family are throwing him a party. Of course, he still has to help out (if only because he’s an Adventure game protagonist) and a lot of the opening events are relatively mundane party preparations and puzzles associated with them, like getting your grandfather a drink, arranging the decorative banners, and playing some music. This is all to lull the player into a sense of complacency for when things go to extremes at the midpoint, and to the game’s credit, it seems to pull this risky misdirection off without boring the player in the process, although it’s unfortunately easy to miss the banner puzzles, and no one ever seems to work out what to do with the bubble gum.  The payoff, meanwhile, turns the game into a very different feel entirely.  It seems too much of a shame to spoil it.

It’s hard to find fault with Birthday, but it does crop up in places.  The “snow on the front stoop” doesn’t even make sense, since any rational person would assume that if Dale wanted to see under the snow, he could just move the snow, when the game actually expects you to pour boiling water on it for some reason. In other places, it helps if you’re already familiar with the series’ norms, but thankfully many players already will be. Consider the fly puzzle: catching the fly is a little unintuitive, but once you have it, you’ll already have been trained to put it into a mouse-trap, and won’t even hiccup when this somehow catches you a live fish when your back is turned.  The series has you so acclimatized to its weirdness that it’s ready to go big again, and it did in both Hotel and here in Birthday with its midgame shocker.  Unfortunately, there is the one puzzle where you draw a symbol in fogged glass, which the game just isn’t any good at detecting. Even the Cube Escape Collection release hasn’t improved this awful puzzle, though for better or worse, all versions will sometimes picks up “the symbol” when you’re just scribbling around. Lastly, while the post-surprise background music is a pleasantly disturbing corruption of the original, the discordant sounds might get to you after an extended play.  Still, an overall excellent game, right on the heels of another and in front of a third.