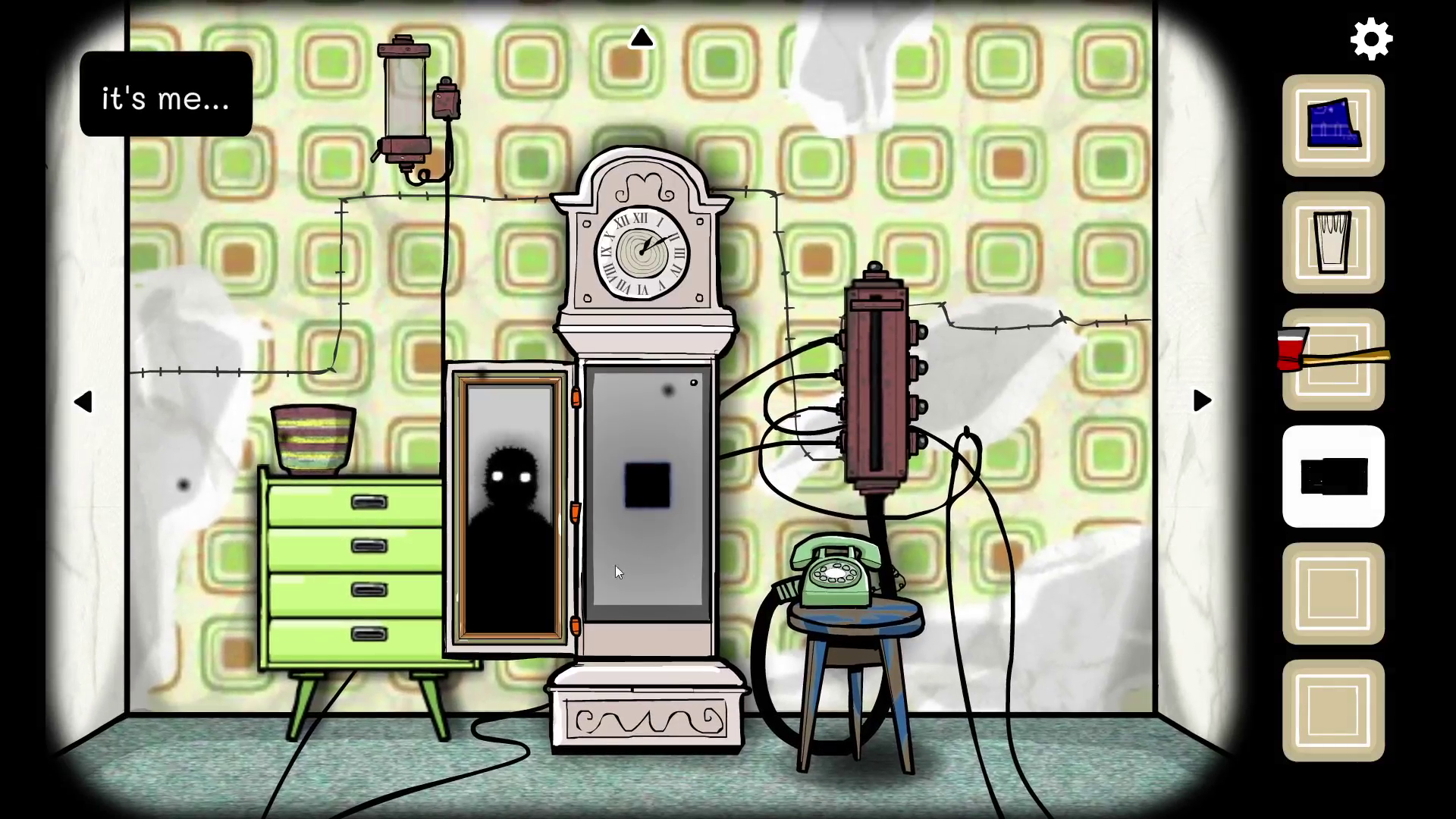 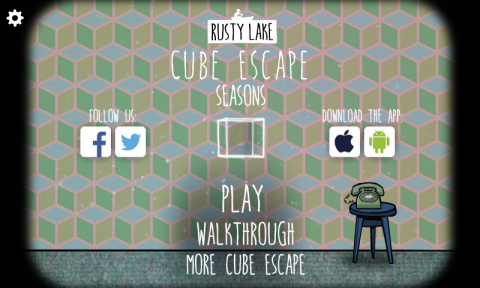 Room Escape games are one of Flash gaming’s most enduring legacies, having made the jump not only from browser-exclusive territory but into the real world.  The genre was conceived, in games like The Crimson Room, as a way to convey Adventure-style gameplay in the small data sizes demanded by the internet connections of the early 2000s.  Instead of exploring a whole cavern, fantasy kingdom or pirate’s isle, the gameplay would be confined to a tightly-packed room, with all the puzzles more-or-less within arm’s reach.  The premise exploded and remained with Flash gaming right to the end.  At its height, social games review hub Jay Is Games was able to promise a room escape review at least once a week on Wednesdays.

Among the best of the genre was the horror-themed Cube Escape series, created by developers Rusty Lake, and named, on the surface anyways, for the fact that you were escaping a series of perfectly cube-shaped rooms.  To confuse matters, the series would later expand into traditional adventure games also entitled “Rusty Lake.”  The series’ overall plot (if it could be said to have one, as it doesn’t build up steam until Cube Escape: Case 21), focuses on the 1970’s murder of an initially unnamed woman, with events often seen through the eyes of Detective David Vandermeer.  It’s hard to believe this Twin Peaks-inspired premise is still relevant when you’re in 1796, painting your blind sister’s face with ritual war paint, but it’s all part of an eventually coherent whole. Recurring elements include the titular Rusty Lake and its surrounds, a seemingly immortal grey parrot, the Buddhist concept of Samsara (and some of its mythological connotations), and a group of animal-masked figures that are definitely up to more than they pretend, and they already act like they’re up to a lot. 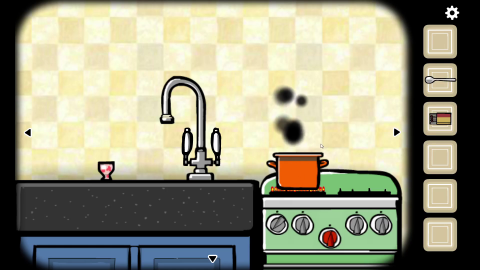 Rusty Lake’s first two games, Cube Escape: Seasons and Cube Escape: The Lake, were released around the same time. The Lake actually hit sites first, but Rusty Lake has presented Seasons as the first game ever since.  It’s certainly a better foot forward. Seasons was originally intended for release as a paid application, before Rusty Lake changed their mind and decided to release it for free to build up a fanbase and solid reputation.  As a result, it’s one of the longest free Cube Escape games, matched only by The Cave, although it’s nowhere close to the premium games.

Cube Escape: Seasons begins without any obvious narrative through-line, relying on the traditions of narrative-free Room Escape games to get the player started without any additional prompting. You’re informed that it’s spring, 1964, you’re in a room decorated to match. Judging from the items you find lying around the house, it’s time to make breakfast.  The game’s a slow starter, so much so that the initial surreal elements may come as an outright shock when they finally show. It doesn’t help that one of the earliest supernatural events is a jump scare: you prep a hardboiled egg, only for flies, lights and loud noises to burst out, culminating in the formation of a floating, magical cube. With time, you’ll hopefully tune in to the game’s central objective: to repeat a sort of ritual in four different time periods, using further cubes to travel through your character’s memories and uncover a grisly murder in this very room, with surreal clues about the nature of the victim and killer.  All this time travel is initially in a forward direction, but after reaching the final time slot, you’ll be allowed to go back to previous times to solve leftover puzzles, before finally come to the game’s abstract end, a deconstruction of Room Escape genre tropes. 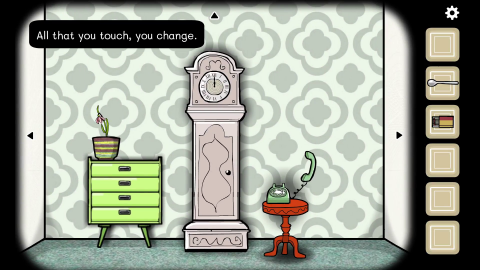 As is the rule in Cube Escape subseries, the room in Seasons a full cube that you can explore wall-to-wall and also the ceiling.  To help with the sense of continuity, the earliest Cube Escape games “pan into” every screen as you turn.  This is a nice effect for the era, but it’s awkward in hindsight and sometimes plays at weird times, like when you step away from a close zoom to the right or left, only for the game to “turn” you into the wall you’re already facing! There’s also a related feature that allows you to only slightly pan your view by clicking and holding towards the edges of the screen, which never serves a purpose.  Other than that odd exception, controls are simple point and click adventure fare, and would remain so until the series switched over to smartphones with Rusty Lake Hotel, the inventory system evolving only a little across the original Flash titles. That said, one of the downsides of every Rusty Lake game is learning the developer’s design language, like when and how you should click on things. If you manage to get a “feel” for their sense of design, this becomes less of a problem, but even then the developers can be inconsistent. Some things you need to click, some you should drag, some you can drag differently in different sections to entirely different results. It’s a flaw they’ve never entirely fixed, and even if they did, it would mean over a dozen games in their backlog that still suffer from the problem.

The puzzles in Seasons are a mish-mash of simple and complex.  The time travel ritual requires you to find four scraps of a photograph as well as a cube, and the photos are generally just hidden about the environment, waiting to be found.  Overlooking them can be frustrating, especially if you’ve already solved the time period’s puzzles and are otherwise ready to move on.  As for the puzzles, they can be tricky as the player tries to adapt to the often-bizarre, “Rusty Lake”-style of thinking, though that’s closer to a compliment than it was with the design language concerns. Some bizarre interactions that might not be immediately obvious include baking a giant shrimp to open a portal to the woods in your oven, killing and un-killing your pet parrot for no reason, and at one point have to intuit that loosening some pipes in the past will somehow grow psychedelic mushrooms in the future.  Thankfully, one relatively unique feature to Cube Escape at the time is that every game in the franchise comes with an official, video walkthrough, externally hosted on YouTube. 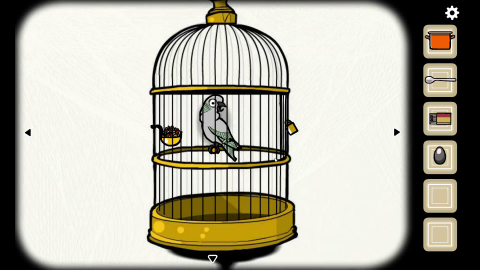 Probably the most infamous puzzle is one many players don’t realize they’ve solved, even after turning the game upside down and shaking it to see if a solution comes out.  The aforementioned parrot has flown the coop (who can blame them at this point) and waits in the tree in the yard. The only way to get him back is to play his owner’s favorite song after breaking the window. This combination of events that makes no sense (the parrot has not shown any inclination towards the music in the past, despite numerous plays) nor is it all that likely to happen by accident, as the player is more likely to play the music before breaking the window, and then to forget about it.  It doesn’t help that the “favorite song” – an excerpt from Beethoven’s Egmont Op. 84 – is played at a very loud volume, not unlike a jump scare, discouraging the player from playing it again. Some walkthroughs don’t even cover the step required because even they didn’t realize what they themselves had done!

All these matters aside, Cube Escape: Seasons remains a fascinating, multi-layered and surreal horror experience. The series’ now-trademark flourishes have their full force of surprise in this initial entry, and the series’ soon-to-be-ongoing mysteries are at their freshest. Also, the game is one of the series’ only true standalone titles – it has a connection to The Lake, but all the connecting tissue is on The Lake‘s side.  A classic of Flash gaming and a worthy foundation for the rest of the series. 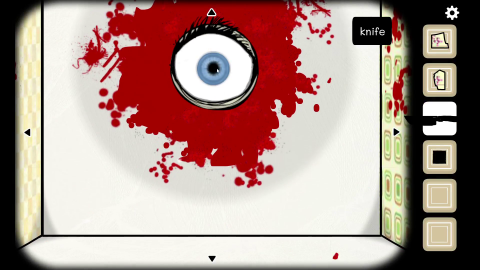 Several years after the original release, Seasons led the way for the series onto smartphones. Every other game in the series would soon follow. In late 2020, just prior to the official End of Life date for Flash in general, Rusty Lake released the Cube Escape Collection to Steam and Itch, containing native Windows and Mac versions of the original nine games.  These versions shoot for parity with the Flash originals, minus some standardization across the nine games (including full screen support and a common inventory system), though small discrepancies persist between the old and new versions even after multiple patches. In addition, reminiscent of an element from the The Lake, a small number of bonuses were added where a clue or password can be found in one game and then carried over to another. These secrets are minor, but a few, like Seasons’, hint at the next game planned for the Rusty Lake series.