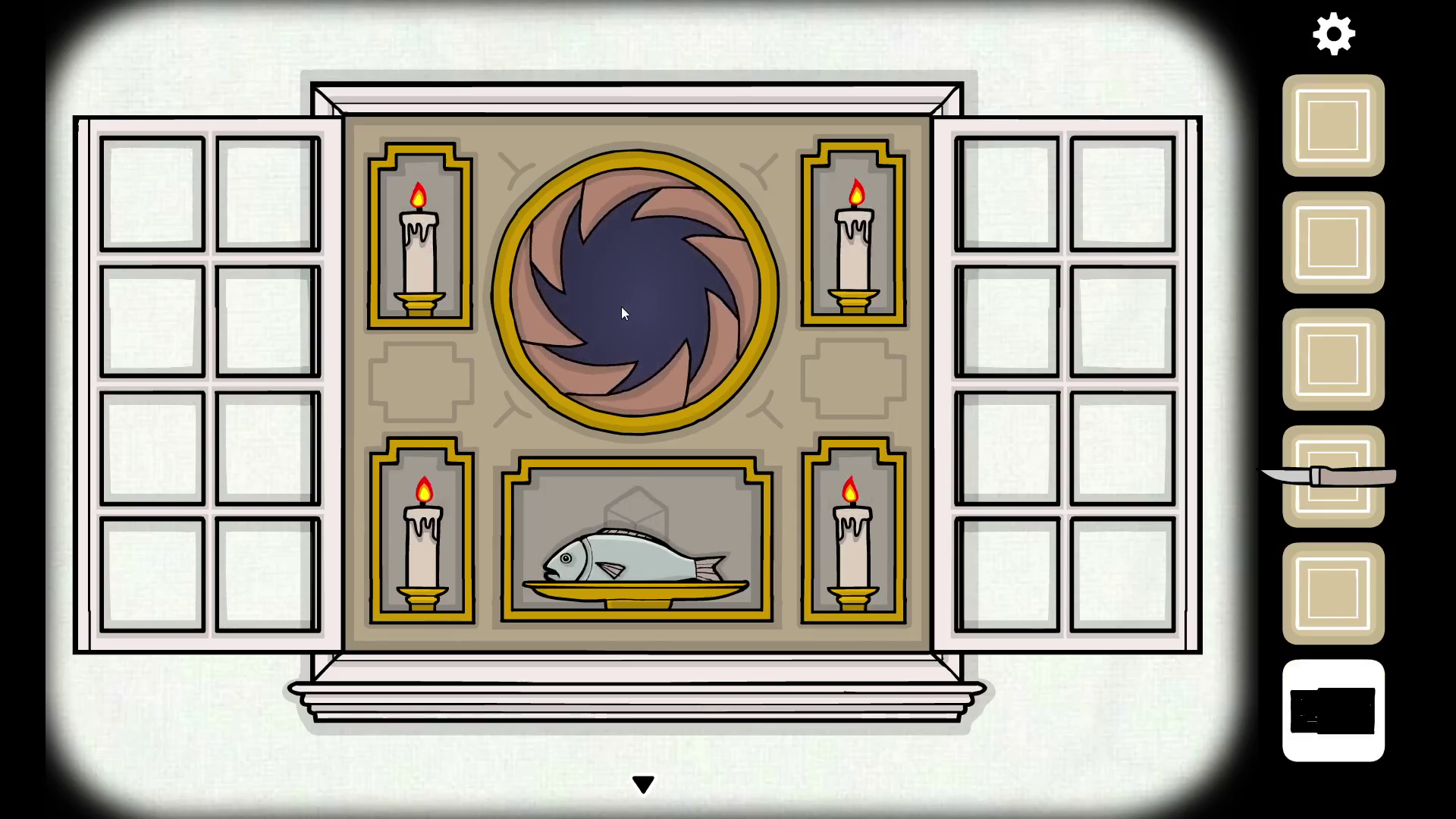 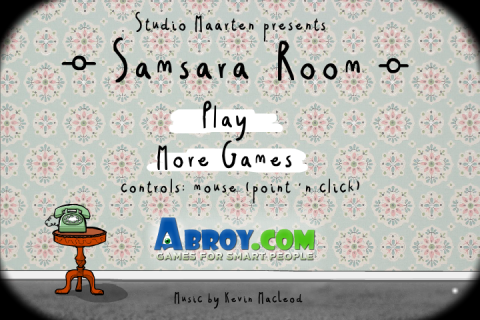 Samsara Room is an unusual case.  Developed by the future Rusty Lake team (at the time called Studio Maarten after one of the developers) and published by Abroy.com in 2013, Samsara Room represents something of a prototype for the Rusty Lake series to come.  Fast-forward to 2020 and the fifth anniversary of Cube Escape, the game was remade and released for free on Steam and Itch, but with drastic changes.  While original game was more openly an “Escape the Room” than its successors (to the point of breaking the fourth wall), Samsara Room nevertheless introduces a lot of the series’ ideas and general theme. In the remake, it’s considered something of a midquel to Rusty Lake: Roots.

The game starts with the player looking around a mostly-empty room drawn at odd angles, where they are left to their own devices.  We plunge into surrealist puzzles very early on, and the only real hints the player is given to their solutions come from the ever-chatty telephone.  The general gameplay loop went on to inspire Seasons: find five of a certain object (candles, shells, and so on, instead of photographs like in Seasons) and then find one key object to complete a ritual of sorts to move on to the next stage.  In Samsara Room, this involves moving through a rusty, iris porthole the player discovers in the wall at one point, after which the player transforms into some other lifeform, and has to re-explore the room from this new perspective (the game filling the room with water for your transformation into a fish!). 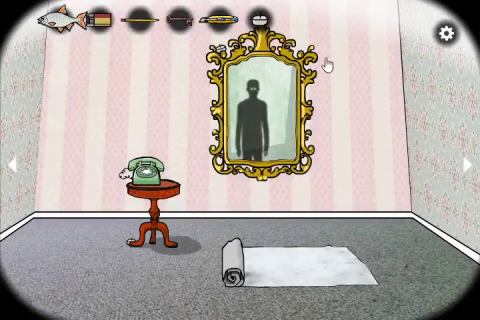 The original game’s art is very rough, never bothering to feel like a real place, and not in a professional fashion, either.  Thankfully the gameplay functions just fine, though the sheer number of collectables makes the extremely simplistic inventory look cluttered.  The original game’s reliance on finding partially-hidden objects is also a huge weakness, especially since it has very few puzzles.  The game’s main character also comments on everything they do via on-screen text, which feels out of touch with the Rusty Lake style, especially when said character spouts “WTF?” at one point.

Overall, the original Samsara Room was interesting conceptual piece, and hasn’t been so thoroughly stripped for parts by its successors that it can’t be enjoyed today. 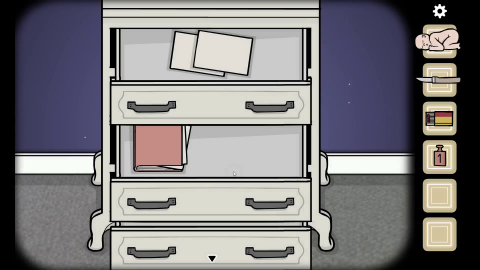 The remake feels much closer to the series’ norms, but is only a little bit longer than the tiny original, about the size of a mid-series Cube Escape game. Most of the original puzzles and flow are intact at the game’s start, but there’s a brand new, extra-long sequence towards the end, plus new plot connections to other games in the series.  There’s also a hidden sequence that can only be found if the player enters a secret code originally given as Easter eggs in a series of real-life promo content released around the time (a tweet from @RustyLake and three YouTube videos). Entering this code allows you to transform into a new lifeform and explore the room one more time, though the game obnoxiously expects you to replay from the start to get here if you make the mistake of winning the game before entering the code!