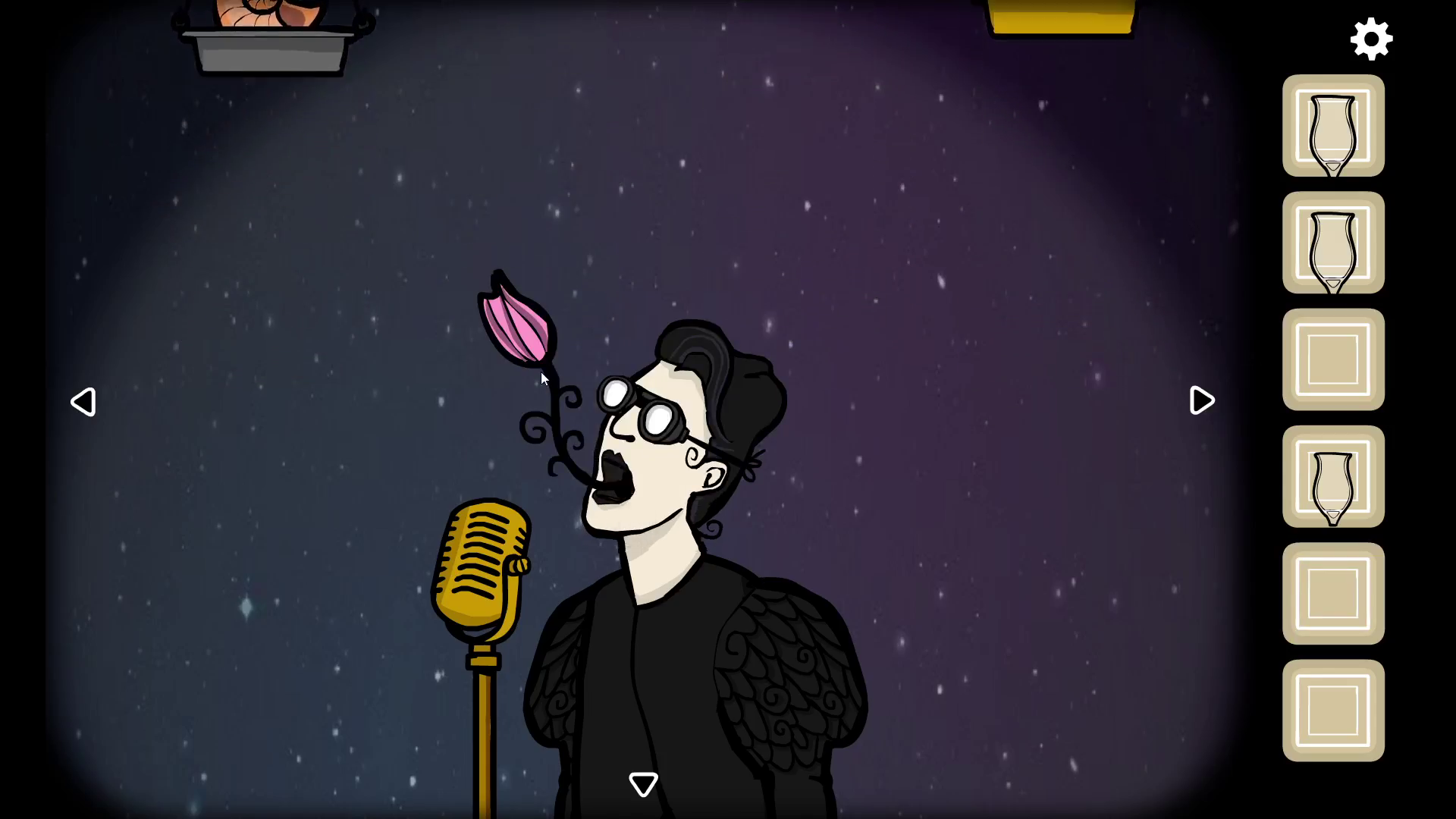 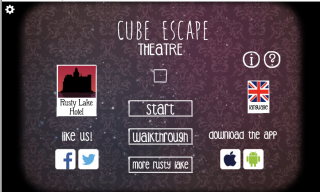 Cube Escape: Theatre (spelled in the European fashion, as the developers are Dutch) is easily the series’ most surreal entry.  Finding himself in another memory-cube, Dale is now in the recent past. We even run into a character previously seen in Case 23, a witness in the still-unknown woman’s murder, who will go on to bigger things. The setting is a combination bar and theatre, and a play is about to hit the stage full of heavy metaphors.  These acts also involve a lot of audience participation, i.e. puzzles. In the opening act, a woman dies on stage and is replaced by her own ghost, demanding Dale “balance the substance of [her] past lives”: a heart, a fetus, a (recurring) shell, and a hat once worn by Ms. Partridge in Rusty Lake Hotel. Her act is followed, such as it is, by plants and animals attached to plumbing, and then by by runic symbols glowering over a blazing set.  Mr. Crow (or rather, the bartender wearing a crow-shaped headpiece, as the case may be) does a series of tricks with light bulbs.  And the unidentified woman relives “the Seasons.”  Anyone paying particularly close attention might deduce some bonuses about the series’ deepest mysteries, although it helps if you can read Devanagari.  This is that kind of series. 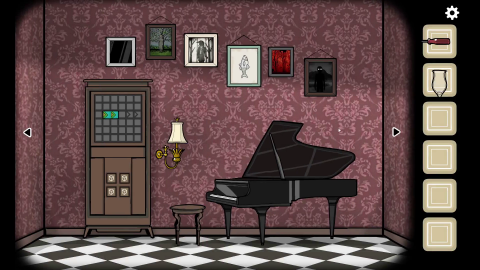 Most of the game’s puzzles take place on the stage, with a few exceptions, especially as pertains to the witness at the bar, who just wants to drink away his misery. While constantly serving him drinks may feel a bit like the old woman’s repetitive quests in The Mill, this man gives you a mix of rewards, including an entire set of fresh puzzles, rather than always giving you the direct solution. Also, mixing his drinks feels at least a little fun, rather than simply handing things to the woman. The way he interacts with “Remember the Seasons” on stage is both squeamish and revelatory all in its own ways.  Rusty Lake is on top of its game.

As always, there are a few bad puzzles, although most of them are more dull than dead-ended.  A series of sliding block puzzles, just as mundane as the dominoes in Harvey’s Box, waits for you right at the start of the game, opening the game up with a bad first impression. Probably the worst is playing Simon with a disembodied hand on a piano, not unlike a puzzle outright removed from later revisions of The 7th Guest, although much shorter. The puzzle where you have to “rub” certain images without any prompting is also a groaner, and feels like a lost smartphone mechanic that might have wormed its way into this game during the development of the smartphone-native premium games. 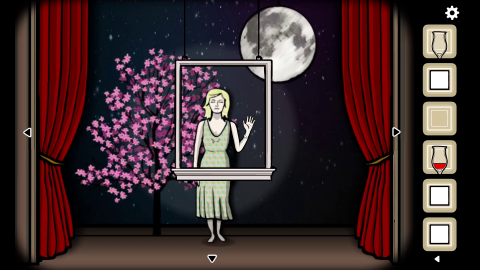 Cube Escape: Theatre is the first of two Cube Escape games that has a small, hidden sidequest inside, originally tied to a real-world contest, and now tied to an achievement in the Cube Escape Collection.  It’s not possible to work out the puzzle on your own: the contest blog post contained the original hint, while the Collection’s hint can be found in Cube Escape: Birthday.