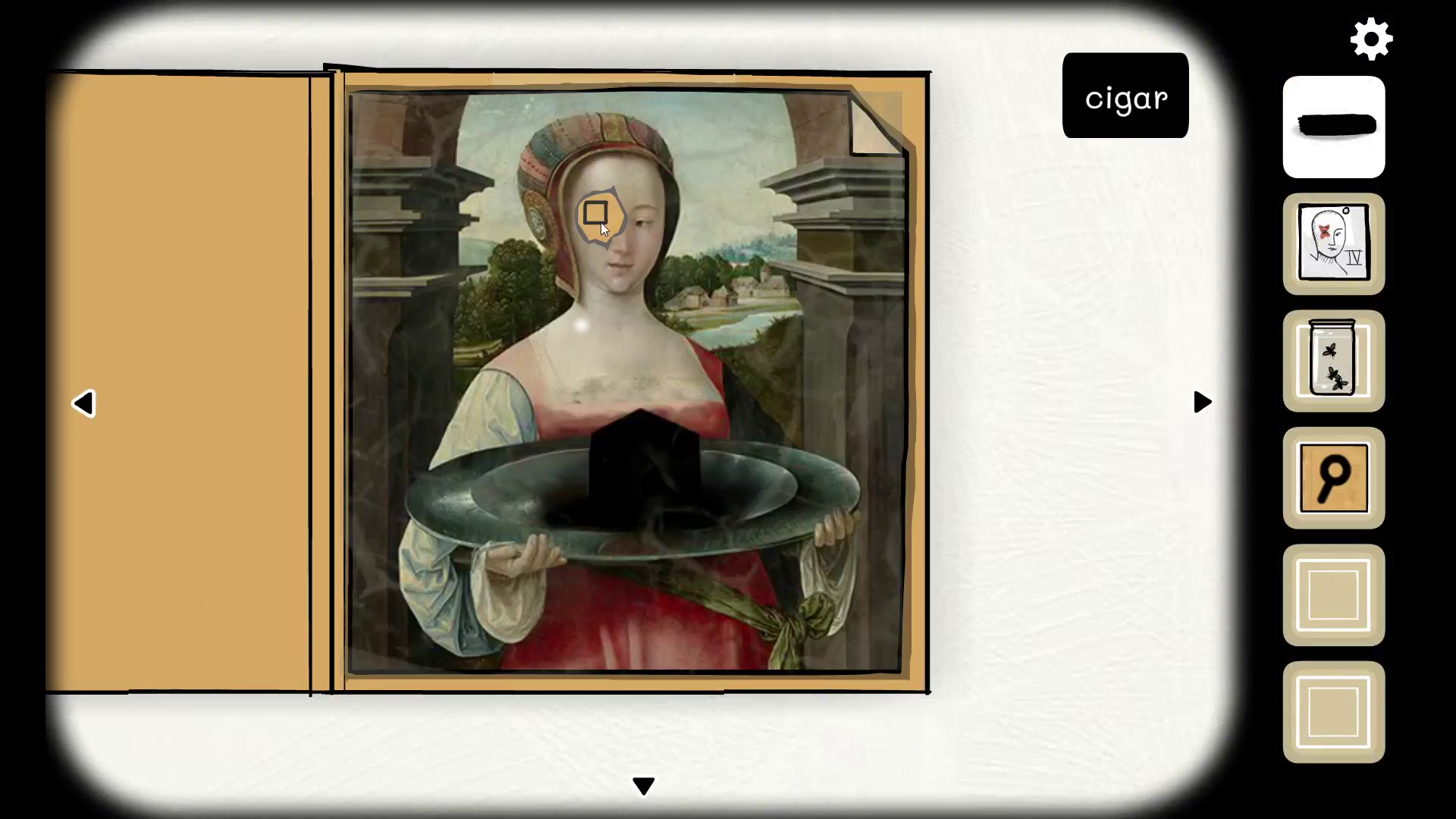 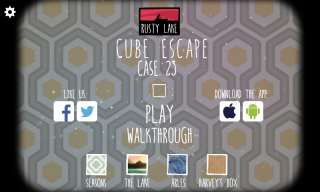 While the plot of a murdered woman was introduced in Cube Escape: Seasons, it was left on hold in all the games that followed. Cube Escape: Case 23 is where that plot really begins to develop in a central fashion. The game is divided into four chapters, and introduces you to detective Dale Vandemeer (initially voiced by Infant Tyrone, but redubbed by David Bowles in the Cube Escape Collection after Bowles took the role in Cube Escape: Paradox). Vandermeer has come to investigate the murder from Seasons, the room from the original mysteriously vanishing in front of his eyes. Vandemeer’s investigation will take some rather odd forms (don’t let the premise stop you from going full “adventure game protagonist” at the scene of the crime, since you’ll be burning evidence inside of ten minutes), but it gets results that carry him through four distinct cube-rooms: the scene of the crime, Dale’s office, a chapel at the eponymous Rusty Lake, and finally to the cabin from The Lake, where all those old plot threads begin to pull together. Along the way, you’ll see the first proper appearance of “Mr. Crow,” a man with a crow’s head (voiced by Bob Rafferty, who is also the voice of virtually everyone else in the series), although this avian mystery debuted as a… doll?… in Harvey’s Box. 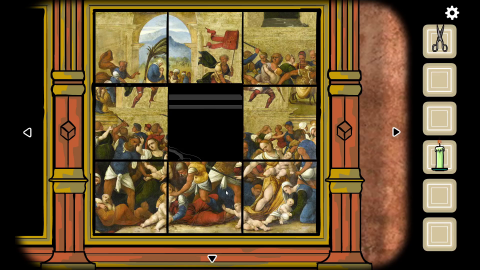 Case 23‘s biggest strengths come from the simple fact that it’s pulling the plot together, while still being as weird as possible. It’s hard to say that a murder investigation where the victim’s corpse vomits flies and then ascends into the ceiling qualifies as “clarifying” anything, but it does, finally laying out some of the facts of the murder. You’ll learn more about the strange, jagged, black shadow-people with white eyes; the physical layout of Rusty Lake; and be left with the intriguing prospect of more in the future. The episodic nature of the plot also has a similar reward structure to Seasons: you are accomplishing something major every time you “clear” a room, except this time it’s different rooms and entirely different puzzles, so it feels even more like a traditional Adventure game. Furthermore, the game has found a better balance between Adventure puzzles and setpiece-style puzzles, and no longer feels like a surreal board game collection like Harvey’s Box.

As always, there are a few less than intuitive puzzles. The typewriter puzzle is one of them, with almost no indication of what you’re supposed to do to proceed (although at least you won’t be surprised when it reappears in Cube Escape: Paradox). Unfortunately, one of the game’s setpiece puzzles is a sliding tile puzzle, bane of many a  game’s otherwise good pacing, and just as unwelcome here, although it’s only 3×3. In fact, the entire third room, which is mostly setpiece puzzles for puzzles’ sake, feels more than a little arbitrary.

Ultimately, even though (or perhaps “because”) Case 23 raises more questions than it answers, it’s still a welcome and much-beloved entry in the series, and the true continuation of the ongoing narrative as it’s known today.