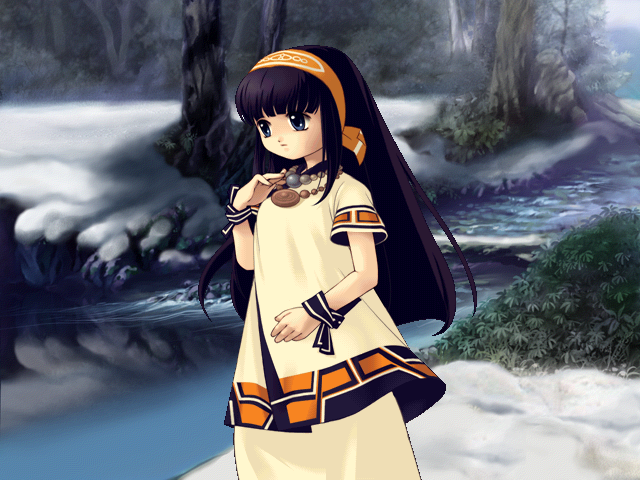 Nakoruru was so famous that eventually she got her own game, subtitled Ano Hito Kara no Okurimono (or “A Gift from That Person”). Sadly, it’s not a fighting or even an action game, but rather a visual novel concentrating on Nakoruru’s Ainu village of Kamuikotan. The player actually takes the role of a young girl named Mikato, who’s sent to watch over Nakoruru as she protects the village from evil. Like most visual novels, there’s not much to do but pick different dialogue selections and watch/read the story play out, so naturally this is all mostly useless unless you know Japanese. Every once in a while the story is broken up by mindless mini games, where you click on the holes of an Ocarina to imitate a tune or dodge a wolf by pressing left and right as it appears. Although initially released for Windows, it was eventually ported to the Sega Dreamcast. The limited edition version includes a Nakoruru doll.