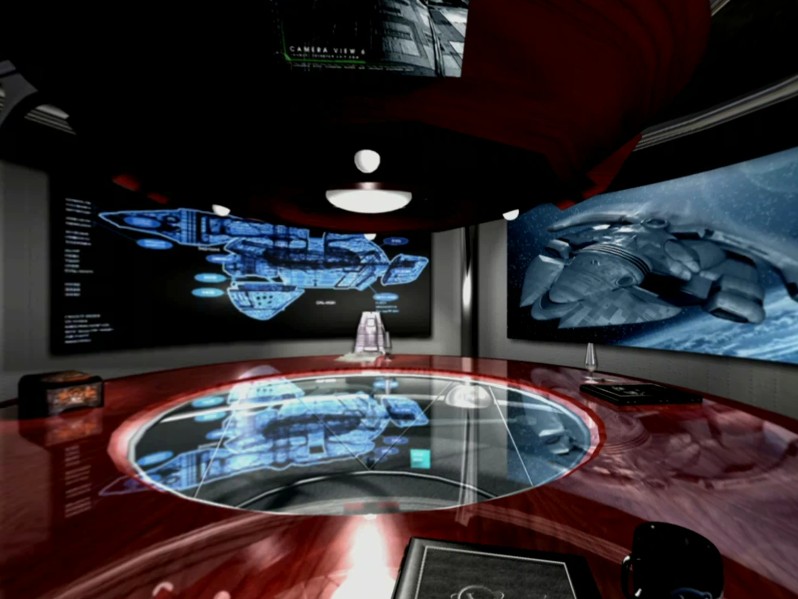 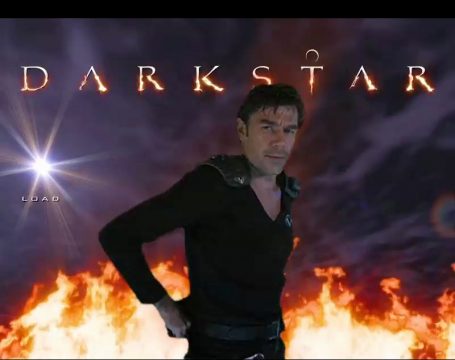 Darkstar: An Interactive Movie (not to be confused with Darkstar One, the outer space flight sim that was released on the 360) is very much a blast from the past. It has reportedly been under development for over 10 years. It struck me as a particularly brazen project – who releases an FMV game in this day and age? – but one worth investigating.

Admittedly, a lot of that came from the whole “so bad it’s good” vibe, which is practically built in to any FMV game. The main character, Captain John O’Neil, is played by Clive Robertson, who’s biggest previous role was on the short-lived soap opera Sunset Beach. Much of the supporting cast is comprised of folks from the original Mystery Science Theater 3000 (and current members of Cinematic Titanic), which practically guarantees that it would be cheesy but enjoyable. The opening cinema has the voice of Peter Graves, speaking from the beyond, rambling off about some kind of vaguely pretentious meanderings as movies of later parts of the game are flashed by. It’s all (perhaps unintentionally) remisnicent of Bela Lugosi’s role in the Ed Wood films, and we mean that in the best possible way.

And then the game starts and…it’s actually kind of good. Not ironically good, but legitimately good.

Well, in a certain mindset, anyway.

The “Interactive Movie” part of the subtitle suggest that Darkstar is something like Dragon’s Lair, or at least some kind of Choose Your Own Adventure style game. It isn’t. It’s actually a point and click adventure game very reminiscent of The Journeyman Project. Enjoyment of this style of game practically requires that you have some level of nostalgia for the mid-to-late 90s multimedia CD-ROM epics, the kind that offered plenty of C-list actors advertised as if they were A-listers, and it presumes you don’t mind revisiting such an era. There’s a lot about this title that’s reminiscent of Ripper. That being said, there’s also a lot more exploration elements than something like Phantasmagoria: A Puzzle of Flesh, which was almost completely comprised of “click here to see the next movie” bits.

All of the action takes place from the first person, and you click around the screen to move between various nodes, all accompanied by full motion video transitions. (It’s all pre-rendered, so it’s more like The 7th Guest rather than the Tex Murphy games.) Each node is technically a panoramic still picture, which lets you look around in full 360 degrees. There’s still some issues with it – the hotspots aren’t indicated unless you move your mouse over them, and sometimes it’s difficult to find the path that brings you to your intended definition – all issues with past games like this too. There’s not a whole lot of direction, either, leaving you to wander around aimlessly for a bit until you stumble on something. It’s also pretty bad about being forthcoming with information – we understand the elevator is probably locked, but without poking around, you won’t understand why you can’t open it.

The concept is, you are one of four people in hypersleep aboard a space station that’s mysteriously deserted – a common trope. The second is a beautiful woman who’s still asleep. The third appears to be have gone missing (Trace Beaulieu’s character), and the fourth (TV’s Frank!) seems to be dead. (It isn’t him, obviously.) The opening segments are unfortunately missing any FMV outside of the shots of Captain O’Neal looking at various instruments.

We have to admit that we’ve taken towards the strategy guide to figure out where to go, so we can’t give much of a definitive opinion of the game until we get farther. But we can comment on the things we do like – namely, the atmosphere. The CG rendering isn’t exactly modern, but it would’ve looked stunning back in the late-90s, and it’s got the atmosphere nailed. A lot part of this is due to the unexpectedly excellent soundtrack. One of the composers is from a band called “Ozark Mountain Daredevils”, and it’s appropriately moody, and isn’t afraid to take the cheesy buttrock route during some of the action scenes during the trailer. Apparently Rush was attached to the project at some point, although their work is not in the final product.

The whole game is pasted together using something called iShell, which has been noted to cause various crashes and so forth. Also take note that the game comes on two DVD-ROMs (it was initially planned for six) and requires a full 14 GB installation. Naturally, that’s almost all video files, most of which are Quicktime movies viewable outside the game.