With the Orochi storyline concluded, SNK created the first “Dream Match” title, which ditched the plot and added nearly all of the characters from the previous games, regardless of whether they were alive or dead. There are a few exceptions – the Boss Team from ’96 is gone (so no Geese, Wolfgang or Mr. Big), Eiji is absent, and some of the other boss characters (like Goenitz and Orochi) are missing, although the final foe is once again Rugal. The soundtrack is likewise a mixture of classic themes, stretching from both King of Fighters and Fatal Fury games. Certain characters, like Chris and Shermie, have their own new theme songs. 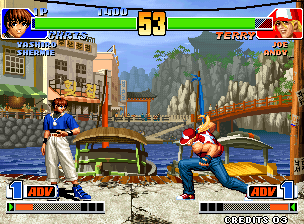 The Advanced/Extra system from KoF ’97 has been carried forward, although this time handicaps are given whenever a character is lost – for example, one can store an extra power stock after losing a character in Extra mode. Characters are also awarded bonuses or penalties based on a preset attitude value towards their predecessor. Due to its near-comprehensive roster of characters introduced thus far and unequaled balancing, The King of Fighters ’98 is often regarded as one of the best of the series. 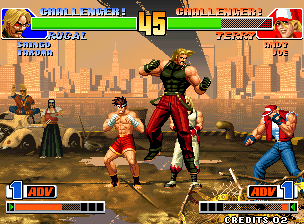 The King of Fighters ’98 was once again ported to the PlayStation, but the superior version appeared on the Dreamcast under the confusing title The King of Fighters: Dream Match 1999. In addition to a fully animated intro, which shows off all of the characters amidst a battle against Kyo and Iori, SNK rendered all of the backgrounds in 3D. While the recreations are faithful, they don’t exactly look high tech, and the 2D ones are arguably better – unfortunately, there’s no option to use them instead. Although load times are minimal and much quicker than the PlayStation game, the music still pauses and starts over whenever characters change, which is pretty annoying. Otherwise, it’s a decent port, and was actually released in America, for the first time since KoF ’95 on the PlayStation. The character affinities can now change based on usage and are stored on VMU. It also has link-up functionality with The King of Fighters R-2 for the Neo Geo Pocket Color, one of the few titles that took advantage of it. Straight ports of the arcade version are also found on the US versions of the Orochi Saga. 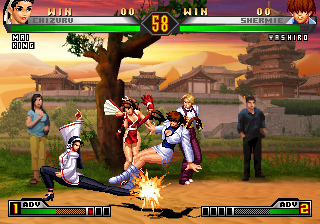 All of The King of Fighters games from 1995 to 2001 were re-released through the Orochi and NESTS package, with one conspicuous omission – the Japanese version did not feature KoF ’98. SNK realized that it was a fan favorite, and went the extra mile to create an “ultimate” version of the game. This is The King of Fighters ’98 Ultimate Match, which was released in the arcades in 2008 for the Taito Type-X board, and shortly ported to the PlayStation 2. 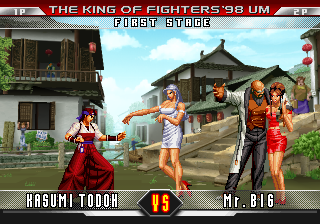 The sprites are the same as the Neo Geo release – unfortunately (or fortunately, case depending) SNK did not redraw them like they did for KoF ’94 Re-Bout. For the PS2 version, there’ss a choice between the original 2D backgrounds and 3D variants, which are better looking versions of the stages from the Dreamcast port. There are plenty of new stages too, and some taken from previous episodes. The interface has been redone and looks much flashier, plus it loads faster and plays nicer than the DC port. The PS2 version gives the option to chose either original and arrange soundtracks, with a small handful of new songs, such as a remixed version of the opening song to accompany the new intro (which is done in the style of the arcade games and not an animated movie like in KoF Dream Match 1999 or KoF ’94 Re-Bout.) 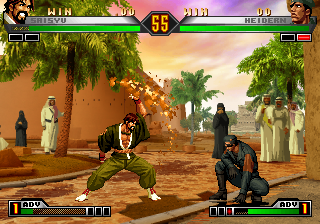 SNK went the extra mile to include every single character from every KoF game prior to ’98, adding the previously excluded characters Eiji, Kasumi, Geese, Mr. Big, Wolfgang, Goenitz and Orochi. All of the other characters have additional moves, and there are alternate versions of the most popular characters. In addition to the standard “Extra” and “Advanced” modes, there’s also an “Ultimate” mode, which allows to pick and choose various attributes from either mode. There’s also a brand new Challenge mode. Overall, it does feel a little bit thin as a standalone release while SNK also published anthologies filled with three games for the same price. Still, it’s hard to argue that this is the most polished version of KoF ’98 out there, and a must have for old-school KoF fans.

The American PS2 release also includes a bonus disc with some promotional goods for KoF XII. The Xbox 360 version is only available via download on Xbox Live Arcade. It lacks the arranged soundtracks and 3D backdrops of the PS2 version, but it does include (laggy) online play, which was removed from the US PS2 release. This version was later ported to Windows and released on Steam. 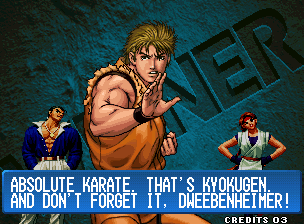 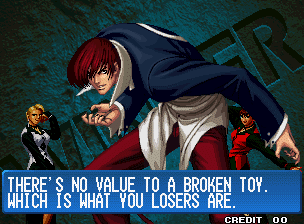 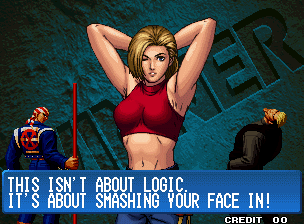 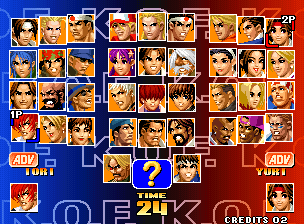 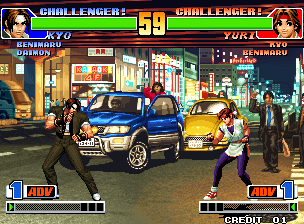 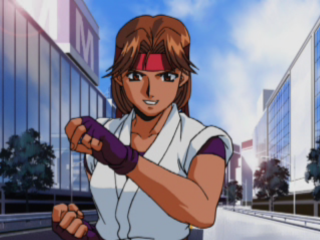 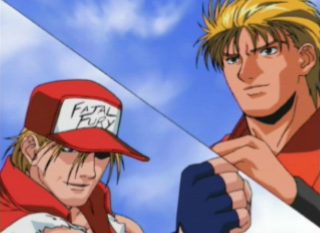 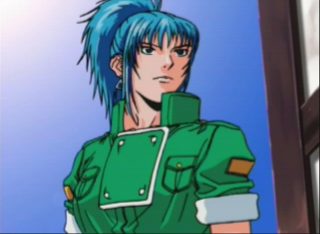