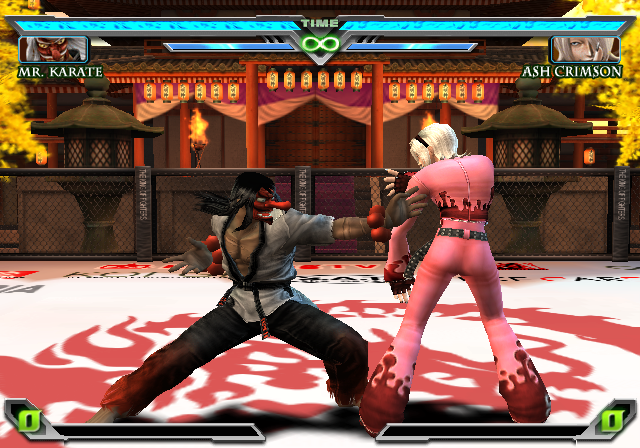 The Maximum Impact series was designed for the console audience, but SNK realized that most fighting game fans don’t play seriously unless they show up in the arcades, fueling the competitive atmosphere. To answer this, SNK developed Regulation A, an arcade version of Maximum Impact 2 released in 2007 with some minor modifications. Although initially developed for the Taito Type-X2 Arcade board, it was then ported back for home release on the PlayStation 2, although this was only released in Japan. The balance was tuned a bit to feel less cheap, although very few outside of the expert players will notice. Most of the arenas are taken from Maximum Impact 2, with only one new addition. The soundtrack is a mixture of both previous games with a handful of new songs.

The Story and Challenge modes are gone, leaving just the single player Time Attack and Versus. Default matches are 3-on-3, channeling the spirit of the 2D fighters, although each battle ends with some annoying wait times as the new character data is loaded. All characters are unlocked from the beginning, which is nice. 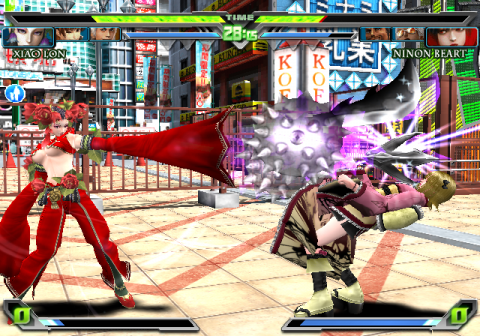 Unfortunately, nearly all of the extra content for Maximum Impact 2 has been cut, including a good majority of the crazy costumes. Armor Ralf is completely gone, mostly because he was totally broken, but there are now four new additions to the roster. Ash Crimson and Blue Mary make their 3D debuts, although their movesets has seen some changes, just like all of the other characters. Ash’s ridiculous alternate costume is what you’d expect, but Mary looks like a Brazilian stripper. The other two characters are Xiao Lon, the sister of Duo Lon from KoF 2003; and Makoto Mizoguchi, a Japanese fighter who originated in the Data East game Fighters History. There’s also a brand new announcer, who ranks up as one of the worst in fighting game history.

The new characters are welcome, and the core game is still fairly solid, but the removal of all of the bonus content – with nothing to replace it – makes this entry appear rather thin. Furthermore, attempting to balance Maximum Impact to appeal to the hardcore crowd may have been a bad idea to begin with, because it would necessitate a total overhaul of the mechanics, whereas this just contains minor tweaks.