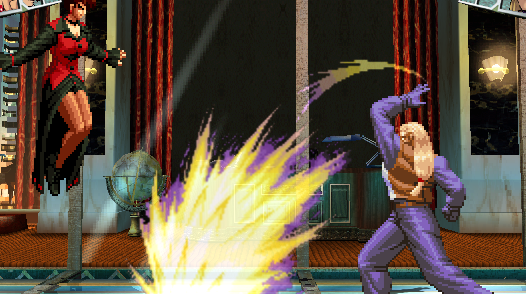 The King of Fighters NeoWave marked SNKP’s departure from the Neo Geo after more than a decade. The team needed a bit of adjustment in moving to the Atomiswave platform. Rather than simply letting the members get familiar with the new hardware internally, King of Fighters: Neowave was created. For all intents and purposes, it’s another Dream Match title, closest to 2002, but some of the characters have been dropped (May Lee, Angel, K9999) and replaced with others (Jhun Hoon). None of the new characters from 2003 are here. SNK also brought back young Geese Howard, who was the hidden final boss in Art of Fighting 2. 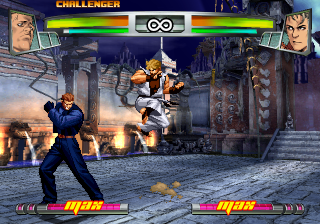 NeoWave feels more like a step back than a step forward. The tag mechanics of 2003 were removed in favor of the traditional fighting scheme, and there aren’t really any new characters. The move to the new platform doesn’t make much of a difference either – sure, the new high-res backgrounds look pretty nice, but the character sprites are exactly the same, except for a bit of filtering. Not even a makeover like in Re-Bout. The new high-res artwork, done by Tomokazu Nakano, is pretty nice (and bears a distinct resemblance towards Range Murata artwork), but there aren’t any win quotes, or any real plot line, making this seem more slapdash than usual. Even the music, while technically superior to the Neo Geo synth, is bland and forgettable. 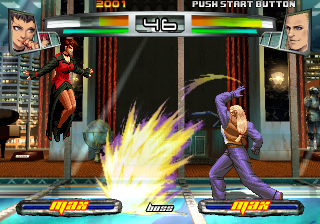 There are only minor modifications to the gameplay. At character selection, you pick among three options, which enable either Super Cancels, Guard Breaks, or MAX2/HSDM attacks. Additionally, the fifth button activates “Heat” mode, which temporarily powers up a character in exchange for a bit of health. While it’s still a solid game, the biggest problem is that Neowave just feels redundant. The game got a PS2 release in Japan and Europe, and an Xbox release in America, along with the usual Live support on the latter. Both feature 3D backgrounds, although the quick load times in between character changes leads to the music constantly restarting, which hasn’t been a problem since the Dreamcast version of ’98. Ugh! There are several additional characters added to the home versions, including Seth, Kim, Ramon and Vanessa, although May Lee and Angel only appear on the PS2. 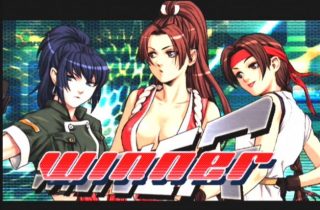 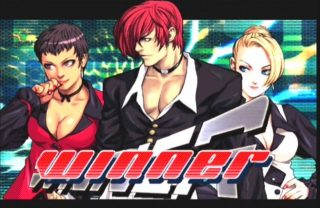 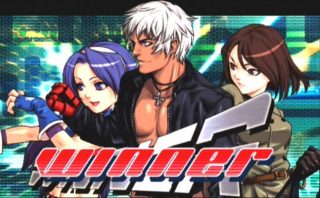