Although once again produced by Eolith, The King of Fighters 2002 is a drastic improvement over its predecessor. With the NESTS storyline finished, this installment is another Dream Match, mixing up both old and new characters. While not as comprehensive as KoF ’98 in relation, it includes a fair representation of the series’ most popular fighters, including the return of Yashiro, Chris, Shermie, Vice and Mature, as well as newer characters like Angel, May Lee, Kula, K9999 and K’. Rugal once again returns as the final boss. New to the game are Hidden Super Desperation Moves (HDSM) or MAX2 moves, which are even more complex and more powerful than everything that came before. 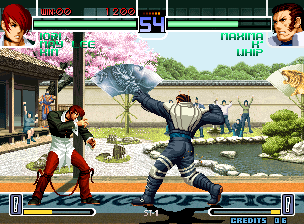 The graphical presentation is much better, especially the backgrounds, which include plenty of cameos from other SNK titles. The Striker system has been ditched entirely, so it plays much like KoF ’98. The soundtrack also includes a bunch of music from older games like “Seoul de Ikou” (Kim’s Theme) from Fatal Fury 2 and “Diet” (Yuri’s Theme) from Art of Fighting 2, but they suffer due to poor sound quality. 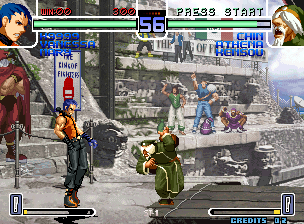 Due to its character roster and lack of superficial gimmicks, KoF 2002 is also regarded as a high point for the series. It’s also the first instance of Mai nudity in the entire series, as she shows off her behind during her Hidden Super Desperation Move. Once again, the American arcade version removes her jiggling, but this time it was restored in the home console releases. 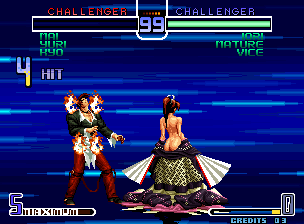 Those include the Dreamcast, PlayStation 2 and Xbox. The Dreamcast version adds in Shingo and King (who were sadly missing from the arcade version.) The PlayStation 2 version features both of these characters, in addition to Geese Howard, Orochi Iori and Goenitz. As usual, 3D backgrounds have been added. The Xbox port is the same as the PS2 version along with Xbox Live online play. 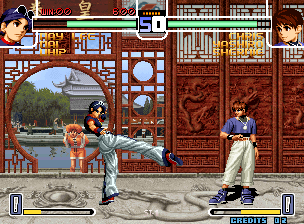 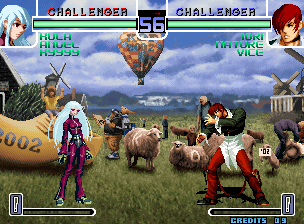 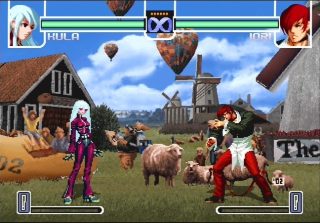 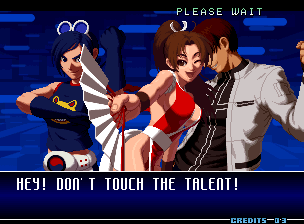 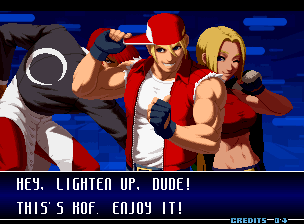 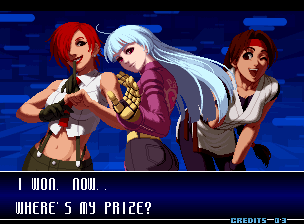 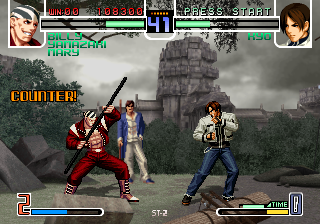 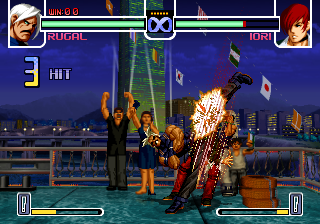 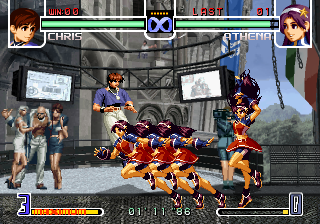 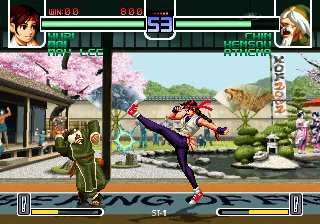 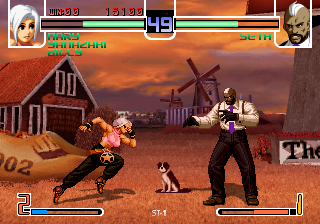 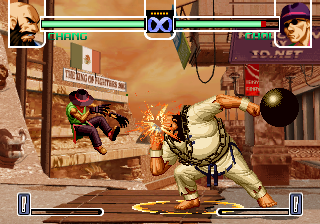 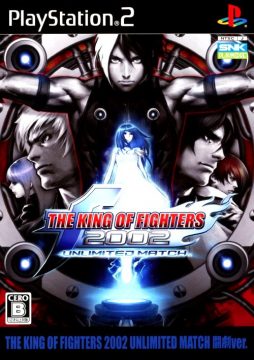 Much like KoF ’98: Ultimate Match, SNK went back and retooled KoF 2002 and rereleased it for the PlayStation 2 in 2009. Compared to that revamp, though, which just added some characters and moves, and touched up a few things here and there, Unlimited Match is practically a whole new game. 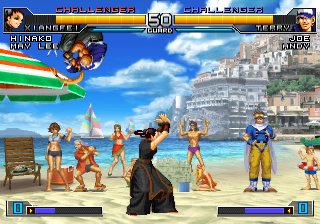 Added (compared to the Neo Geo version) are Foxy, Hinako, Lin, Jhun Hoon, Xiangfei, Bao, the Kyo clones, Kasumi, Heidern, Krizalid, the Zeros, Igniz, Shingo, Goenitz, Geese and King, along with EX versions of Kensou, Robert, Takuma and Geese. Additionally, someone at SNKP must’ve felt that K9999 was ripping off Akira just a little bit too much, so they changed his design and remade him into the “new” character called Nameless. This brings the total roster up to 66 characters. 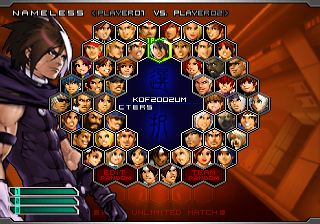 It’s more than just that though. Like Ultimate Match, many of the characters have new moves, including some for regulars like Terry and Mai, as well as new HSDM/MAX2 attacks. All of the backgrounds have been completely redrawn in 3D, many are entirely new, with even more cameos to pick up. The soundtrack is completely new, too. In addition to several new themes, there are also remixes, of K’s ’99 theme, Krizalid’s theme, and Geese’s theme. All of the character illustrations have been redone by Hiroaki. Additionally, there are tons of new ending pictures, most of them kinda cutesy, done by several different artists. It’s a completely fantastic package, and even if someone still wants to play the original KoF 2002, it’s included on the disc, too. 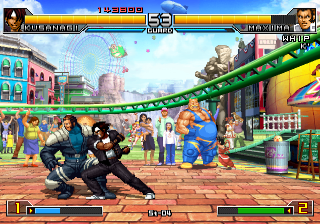 Unlimited Match received a small revision, which was released for the PS2 with the subtitle Tougeki Version. It only fixes various bugs and glitches, as there is no actual change in content. It was also released on the Xbox Live Arcade and Windows, much like KoF ’98. The 3D backgrounds and gallery are gone from this version, and the bosses need to be unlocked, plus the original KoF 2002 is no longer available, but it is a much cheaper alternative to the Japanese-exclusive PS2 release, and has been released worldwide. It also has online play, but while it’s better than the XBLA releases of KoF ’98 and Garou: Mark of the Wolves, it’s still far from perfect. 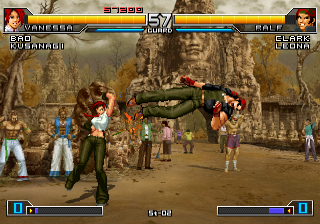 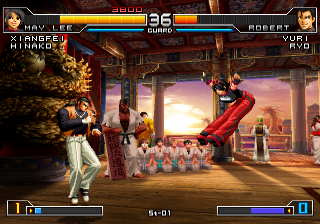 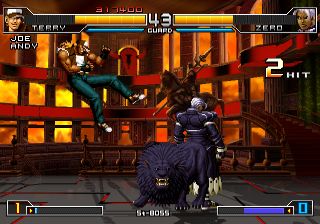 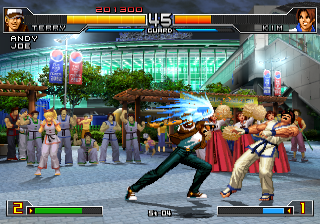 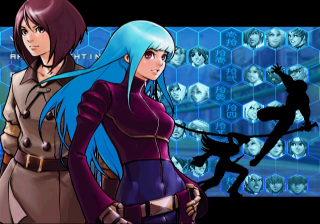 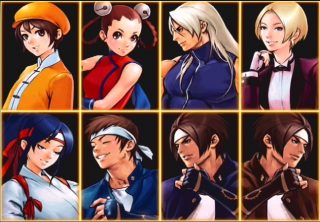