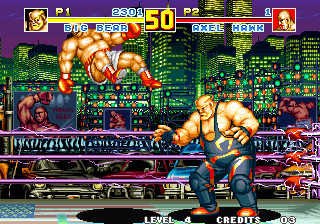 Fatal Fury Special makes Fatal Fury 2 obsolete – it’s basically Fatal Fury 2 Champion Edition. Its gameplay is almost identical, although a few characters have been given an extra move, it plays slightly faster, and combos are much smoother. It’s never so fast that it raises its difficulty, but just fast enough that its pacing flows perfectly. It’s a dream match game – a title that completely disregards plot in favor of being able to bring back any characters without regards to continuity. The character roster has been made way bigger, since all four bosses from Fatal Fury 2 are playable, and three characters from the first game return (Tung Fu Rue, Duck King, and Geese Howard). When finishing the game without losing any rounds, a secret fight against Ryo Sakazaki from Art of Fighting is triggered. He becomes playable after defeating him, making for a total of sixteen playable characters, or twice as much as Fatal Fury 2. 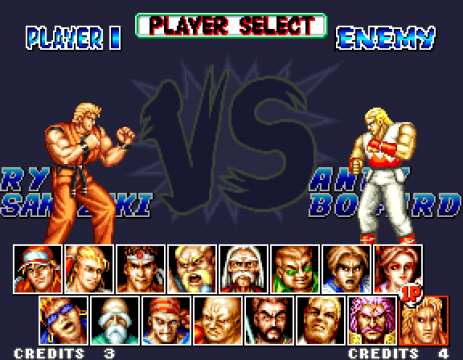 Each stage from Fatal Fury 2 has been retained, although they cycle through different times of day (stages that began during the afternoon in Fatal Fury 2 now begin during the dusk) and each of the four new characters has their own original stage, which all look great. Especially noteworthy stages includes Duck King’s, which has an extremely disorienting strobe effect before the fight begins, and Ryo’s stage, which features several Art of Fighting character cameos. In several arenas, reaching round four in a fight will often cause rather bizarre details to appear in the background. In Terry’s stage, Kim flies by when the timer reaches 20. (He also rarely appears in Big Bear’s stage.) In Andy’s stage, that guy driving by on a scooter in the background will occasionally drive off the walkway into the canal. In Joe’s stage, a silhouette appears in the water. In Cheng’s stage, the boat springs a leak toward the end of the round. In Billy’s stage, there will be laundry set out to dry. Also, it’s possible for Kim to knock people in the background off of their scooters if timed exactly right.

Fatal Fury Special was the most popular game in the series at the arcades, and was huge in Japanese arcades, so it was ported to several consoles at the time. The SNES version, again done by Takara, was a buggy disaster in Japan. It was somewhat fixed for the American release, but the sound and graphics are worse than the port of Fatal Fury 2.

The Sega CD version was programmed by Funcom, who also handled the Sega CD Samurai Shodown port. It makes Ryo Sakazaki available from the beginning, and actually looks pretty decent, considering that it’s working with a fraction of the color palette of the arcade version. But the sound samples are awful, the announcer is mostly missing, a huge number of background details have been cut, the load times are aggravating, and the backgrounds don’t change between rounds at all. Despite cutting a number of animation frames, it actually plays fairly well. The music is also recorded straight from the arcade version.

The PC Engine Arcade CD version was also handled by Hudson, and is again probably the best of all of the conversions, featuring fairly accurate graphics and gameplay. It also features another completely original arrange soundtrack. Like the games that came before, Fatal Fury Special was part of the Fatal Fury Battle Archives 1. In 2007, SNK also ported the arcade version to the Xbox 360 as a downloadable Live Arcade title. As far as ports go, it plays accurately, but it has a blurry graphical filter and is played in a window, typical concessions for playing such an old game in high-def. This version features command lists for the special moves, which show up as arcade-style cards on the side of the screen. It also offers online play.

The version for Game Gear lacks seven of the original characters and has had the plane switching system removed entirely, but is otherwise surprisingly accurate. Of course it’s not graphically or musically perfect, and the gameplay is definitely off, but it’s close enough to make it arguably the best fighter on the system. 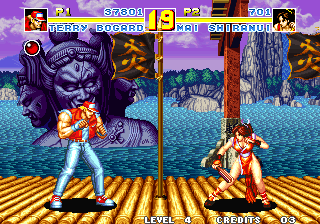 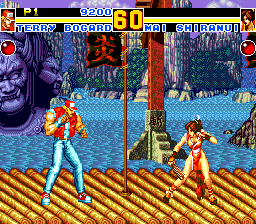 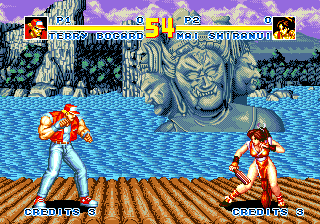 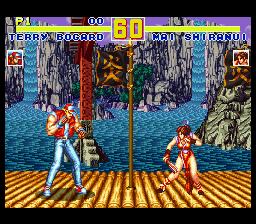 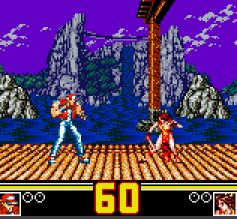 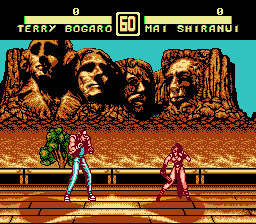