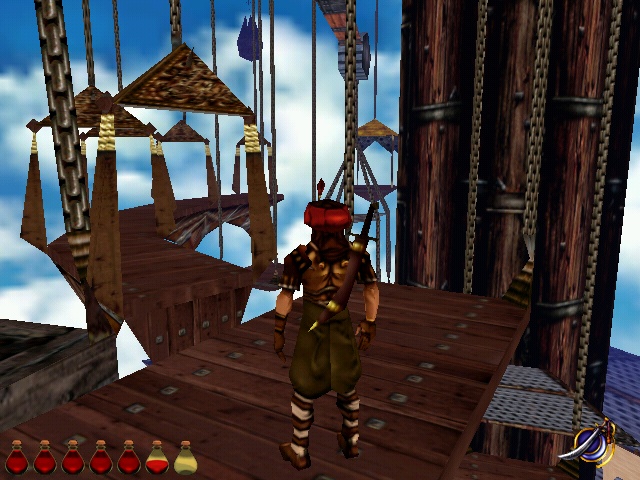 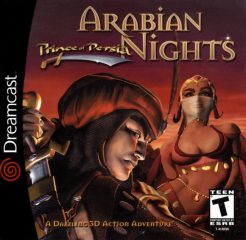 When Prince of Persia finally became the hit Mechner had hoped for, his plans for the series became quite lofty. Before the second game was finished, he had cooked up plans for a third and a fourth one:

August 2, 1991
Spent the day studying Spanish verbs and working up a Prince 3 storyline. Yes, Prince 3 – I know I’m getting close to wrapping something up when I find myself thinking about the sequel. I’ve got some great ideas for Prince 3. The Princess and the mouse. It’ll be a milestone in computer gaming, a classic, a megahit. If only I ever get to do it.

Well, he didn’t get to do it. Doom came out and first person shooters became the next big thing, sweeping 2D platformers for the PC under the Persian rug. Only when Tomb Raider came out in 1996, everyone made the keen observation that it felt just like Prince of Persia, but in 3D. So someone at Red Orb Entertainment, a former division of Brøderbund, decided to bring the series into the third dimension, and failed miserably at it. 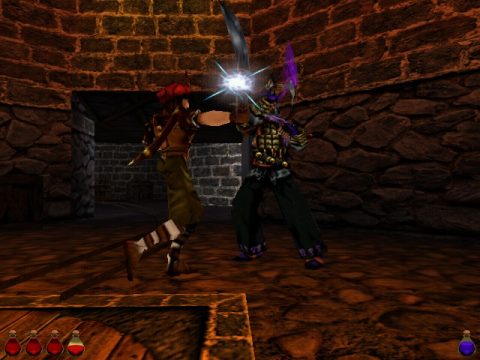 Somehow, the developers actually succeeded in taking the problematic aspects of the previous games and making them even more annoying. But at least the old games didn’t require you to randomly run around brick hallways until you find what you’re looking for, which gets especially annoying given the total infrequency of save points. The controls are even more terribly awkward – the Prince turns far too slowly, and the simple act of jumping feels uncomfortable, which is a terrible mark of doom for a game whose primary focus is platforming. Trying to pull yourself up on a ledge is likewise far more difficult than it should be, largely due to the camera that always hovers right behind your head.

Finally, the fighting controls are actually worse than everything else. The Prince can string together attacks from three directions into combos and special moves, at least theoretically. In execution it’s next to impossible to figure out the system, but it doesn’t matter since button mashing is usually the best strategy, anyway. Devoid of any of the skill required in the 2D games, sword matches end up being poorly animated exercises in frustration with little depth, despite the large number of moves. 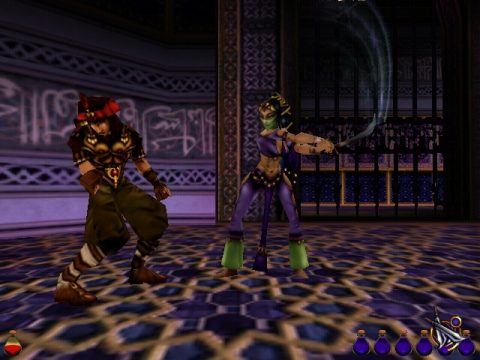 It’s not like Prince of Persia 3D is devoid of good ideas, though. It’s easy to imagine how much fun it would be to explore the fantastic areas with their strange contraptions and inventive deathtraps with some decent controls. The good intentions are clearly visible when the Prince tiptoes like mad near a pit to avoid falling down – it only doesn’t work that well. The Prince gets a proper oriental-looking sword this time and can also find several more exotic weapons during the course of the game. For the first time in the series, he also wields a bow and arrows. They are most useful for solving certain puzzles, although of course you can also use it to take out guards from afar, especially when you’ve got magically enhanced arrows.

Many of the elements that made the later games so great can already be found here in principle. Even the occasional cinematic panorama shot and some of the spectacrobatics are there, only much more awkward. It is also the first game in the series with a slightly more complex plot. The villain this time around is the sultan’s brother Assan, who wants to force the sovereign to give up his daughter for marriage with his own son Rugnor (which the Sultan had actually promised him in the past) to support his power plays. The game is also genuinely funny, with a lot of slapstick cutscenes featuring the stupid guards.

The graphics are actually pretty good for a game from that time, and there’s some impressive architecture later in the game. But the death scenes are lame – the Prince simply slumps to the ground when he should be cut in half.

However, the game not nearly plays as good as it looks, as the designers pile on annoyance after annoyance. If you can make it out of the prison without being thoroughly aggravated and quitting too see the more interesting parts of the game, bravo to you, but it doesn’t get any less frustrating afterwards, either. 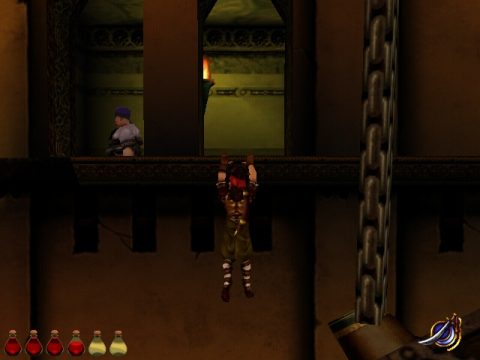 While it met with lukewarm reviews when it was initially released for the PC, it was published for the Dreamcast in 2000 by Mattel, who at the time owned the remains of Brøderbund. For some reason the game was renamed to Arabian Nights, with Prince of Persia remaining merely as a subtitle. The Dreamcast version also looks a bit better thanks to very atmospheric colored lighting, and even the platforming controls have been reworked and feel much more fluid. The Prince now also has an inventory and can store potions for later usage for the first time. Combat has been changed up as well, though not necessarily for the better. Especially when enemies are rapidly attacking at close range, it is barely controllable at all, anymore. Unfortunately, while the PC version lets you save at any time, the Dreamcast port sends you back much too far whenever you die, making the game even more frustrating.

There are also bits of changes in the level design here and there, but it’s all in the details. Two levels, however, have been excised in their entirety, and good riddance. They were the most annoying pair of the bunch and would have been virtually unplayable with the limited saving system. (One of them is in all actuality unbeatable on the PC with an unpatched game. The patch, however, has the tendency to cause the game not to recognize the original CD anymore.) It also isn’t plagued by quite as many bugs as the PC version, but all things considered, the Arabian Nights version is still not a good game.