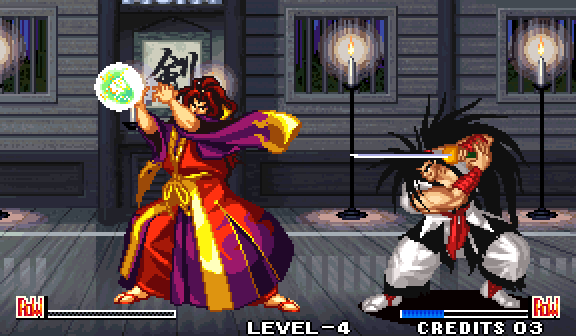 In 2004, Yuki Enterprises released Samurai Shodown V Special, an upgrade that addresses many of the issues with the original version. It rebalances the characters, removes the storyline, replaces several backgrounds and adds in the extra violence found in Samurai Shodown IV, as well as tweaking other minor aspects.

The most prominent addition is the return of the boss characters from all previous games, who are now all playable. Zankuro has been downscaled, Amakusa makes a return from SSIV, and Mizuki from SSII has an upgraded sprite. Even Gaoh is playable. Sadly, there are still omissions in the roster: Cham Cham and Sieger are still missing, not to mention Nicotine and Kuroko. Sankuro and Yumeji are gone as well. Otherwise, the gameplay is pretty similar to Samurai Shodown V. 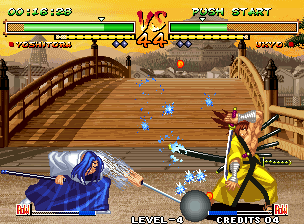 The violence level has also drastically increased. Unlike SSV, in which characters are simply knocked unconscious after losing matches, Special delivers the blood, gore, and pain in spades. The old fatalities return, along with a ton of new character specific death sequences. Some of these are just vicious: Galford commands Poppy to shred his opponent to pieces. Hanzo grabs his foe and snap their bones, with x-ray close-ups of the attacks, similar to his super move in Warriors Rage. Nakoruru pile drives her opponent into the ground and stabs their stomach, causing an eruption of blood to spew, before she whispers “sayonara” to their lifeless corpse. Rasetsumaru pulls a Kano and simply pull his foe’s heart out and crush it. Suija will levitate his foe into the sky and crush them, bathing in their blood. Yunfei literally rips his opponent’s soul out and demolishes it. Mina launches dozens of arrows into the body of her foe, the last one causing an explosion that destroys their whole upper body. These are mostly here to look flashy, but you need to execute on them on the final bosses in order to get the good ending. And that’s not all – using Concentration One to finish off your foe results in large amounts of blood, making SSV Special by far the most violent in the series.

It still doesn’t drastically improve over Samurai Shodown V, so if that game annoyed you, this one will too. That being said, since the soft reboot of the series with the third game, this is the most polished of the games since then, despite cutting back on things like story scenes. 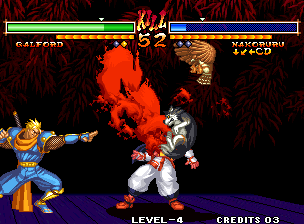 Although there were plans to port Samurai Shodown V Special to the PlayStation 2, its release was eventually cancelled. It’s also missing from the Samurai Spirits Anthology. For years, there were rumors speculating as to why the game was never ported – one suggests that since Samurai Shodown V Special was the last title released for the Neo Geo, that SNK wanted to leave it exclusive to that platform, others suggested it was due to the extreme violence. However, the title eventually began appearing on emulated digital distribution PC platforms, before finally getting a console port to the PlayStation 4 and Vita in 2018. Like all of the similar Code Mystics Neo Geo ports, it’s pretty barebones outside of online play and some display options, but it’s nice to finally have the game officially and legally playable.