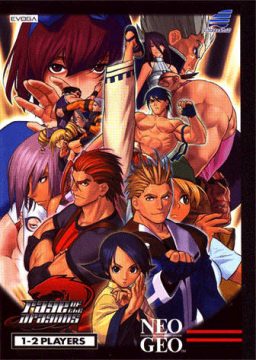 Rage of the Dragons was created under rather unusual circumstances. It was the joint production of a Mexican studio, Evoga, who designed the characters and gameplay systems, and developed by Noise Factory, a Japanese company who worked with SNK on various projects. It was envisioned as a sequel to the Neo Geo Double Dragon fighting game, but ultimately the team was unable to secure the license. However, there are still some definite remnants of the Double Dragon association, even if it skirts around legality, presented itself as an homage.

The fighting system is pretty standard for an SNK fighting game. The four buttons are used for two punches and two kicks – typical but different from the previous Double Dragon fighting game – and there are KOF-style rolls. There are sixteen characters in total – most of them are paired off with other characters for storyline purposes, but you can mix and match fighters however you choose. It’s a tag-team game, and a fast paced one at that, so it feels a little like the Marvel Vs. series, right down to the ability to pull off combo attacks with your partner. You also have the ability to “surrender”, which will cause the current character to quit the fight and sacrifice their remaining health to the other tag partner. There’s also a “launcher” attack, which will fling your opponent across the screen, and let you execute a precanned combo, with the button commands helpfully illustrated at the bottom.

In that respect, Rage of the Dragons is hardly original, and coming out in 2002, in the waning days of the Neo Geo hardware, it’s easy to see how it could be seen as just another 2D fighter. And it some ways it is. But it’s also an astoundingly well put together game, especially considering the developer, Noise Factory, hadn’t worked on any other games in the genre. It flows and controls well, and even though there are some imbalances in the form of some infinite combos, it’s still a game that feels rock solid. It does however suffer from some of the usual issues of SNK fighters, mainly being the absolutely vicious boss AI. 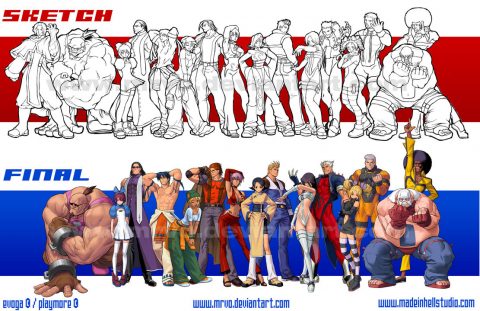 Rage of the Dragons really excels thanks to its well-crafted style. The character artwork is fantastic, with a number of incredibly cool fighters – the Chinese martial artist Lynn, the demonically possessed schoolgirl Alice Carroll (bit on the nose with the name though) and her priestly protector Elias, slick afro-wearing karate expert Mr. Jones, the blond cat-loving Gothic lolita Annie, buff Aztec warrior Pepe and the cutesy mechanic Capoeira fighter Pupa. Even the scantily clad Cassandra, with thin white straps placed strategically, exerts an aura of coolness, thanks to both the sprite artwork and the animation.

The women in general have more interesting character designs than the men though – the dragon hunter Radel and the mysterious warrior Oni are both unmemorable, and even the heroes Billy and Jimmy are rather bland. The final boss, Johann, is vicious, but he might as well be a King of Fighters boss. The character designer was Mario Vargas, and the illustrations for the game were created by Bunshichirou Ohma. Even though the designs originated in Mexico, the designs have a very Japanese anime feel to them, with a much more colorful style than the prior Double Dragon games. 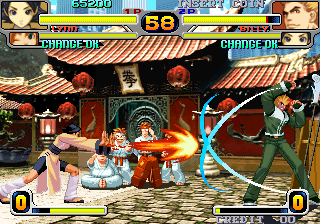 The music is provided by Toshikazu Tanaka, who worked with Noise Factory on several other SNK projects, including Metal Slug 4 and 5 (and the 3D game), The King of Fighters Maximum Impact, and Sengoku 3. He has a very distinct style, emphasizing guitars and chorales in particular. The music is streamed so it suffers from low quality playback, but even in its fuzzy state it still sounds incredibly cool.

And of course, there are the remnants of the Double Dragon connections. The “Dragons” in the title, along with the “They are back…and fighting!” screens in the attract mode are surely there to imply some kind of connection. The two main male characters are named Billy and Jimmy…though technically their last names are “Lewis” instead of “Lee”, which is one of those details that might go unnoticed unless you did a little digging. It could be argued that obese Korean wrestler Jae-Mo Kang is based on Burnov, a boss from Double Dragon II who was also in the previous Neo Geo fighting game, but these connections are so specious that they’re not likely meant to be related. 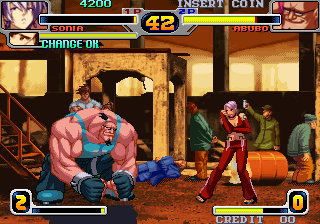 The only other Double Dragon character is “Abubo” (obviously supposed to be Abobo), a massively muscled bald guy, and one of his lady friends is named Lynn, who is supposed to be Linda (though she’s unplayable and only appears in cutscenes). Jimmy’s girlfriend is named Mariah (rather than Marian), and again only appears between fights. Otherwise, there’s no real relationship to the canon series. Still, the main games really never had a consistent style anyway, especially the two other fighting games, so it’s not like Rage of the Dragons‘ different aesthetics are unprecedented.

It could be argued that Rage of the Dragons is more style than substance, but that also implies the substance is bad. It’s not. It’s just not particularly deep nor innovative. But it’s an excellent game for anyone into late era 2D fighters, and doubly so for its rad character designs and awesome soundtrack. 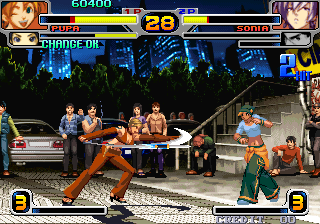 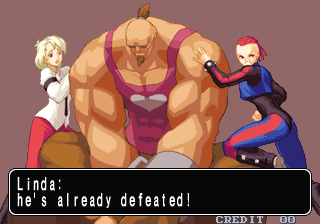