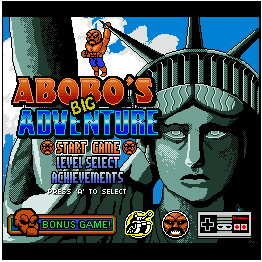 Abobo’s Big Adventure is an NES tribute fan game starring the most popular Double Dragon villain. However, only the first stage is a simplified beat-em-up in the familiar first stage. Afterwards Abobo ends up in a cell and escapes through the toilet into a Super Mario Bros. underwater stage. The journey goes on through many NES games, with often surprisingly faithful gameplay. Most stages are breezy enough to support the premise, but some are drawn out too long. The worst offender is the Zelda dungeon, which is just pointless and terribly boring. 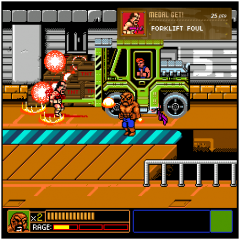 But the main agenda of the game is making fun of the games it references, in the most juvenile way that’s just crass for the sake of being crass. If a Legend of Zelda dungeon in the shape of a penis is your level of humor and “Remember this NES character? Now he’s a puddle of blood in another NES game!”, or “Ha ha, pointless Achievements in an NES game!”, constitutes a joke for you, then Abobo’s Big Adventure is the fan game you deserve. 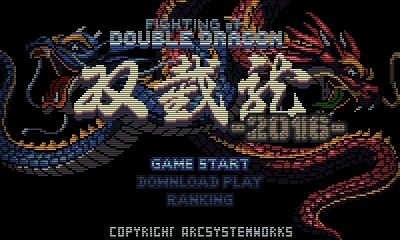 Aside from Double Dragon II for Game Boy franchise-switching between regions, Technōs has kept its two biggest brawler series mostly separate throughout its existence. But as the current caretaker for the IPs, Arc System Works apparently doesn’t take that separation too seriously, so their latest remake of River City Ransom for the 3DS includes a special mode called “Fighting of Double Dragon”. As a one-on-one fighting mode mostly populated with generic Nekketsu High dudes, the motivation for the tie-in seems rather weak, but it does feature Kunio-fied versions of Billy and Jimmy among the 14 playable characters. 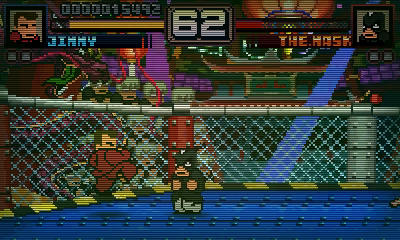 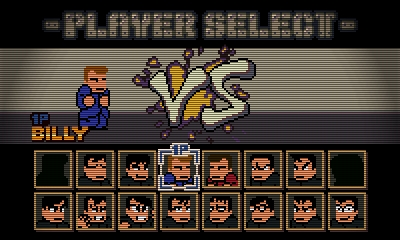 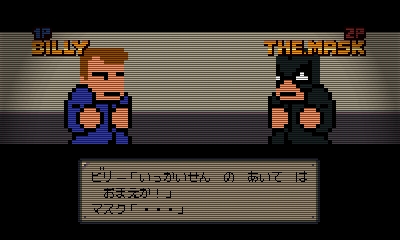 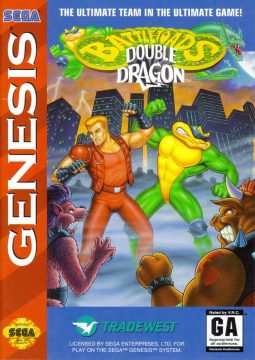 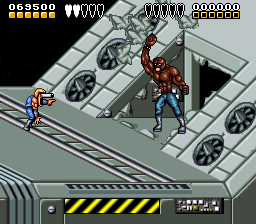 BattleToads – Double Dragon is an odd crossover born from the fact that Tradewest had relations to both Rare and Technōs as the US publisher for games from each series. Developed by Rare with no input from Technōs at all, it’s essentially just a BattleToads game with a few Double Dragon characters thrown in – in other words, it’s a hectic unfair mess. The only Double Dragon characters are Billy and Jimmy, Abobo, “Roper” (with Willy’s machinegun), and a unrecognizable version of the Shadow Boss. Head to the BattleToads article for a more thorough examination of the game.