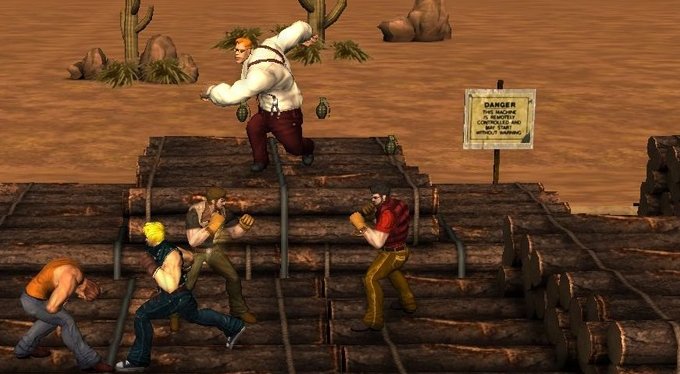 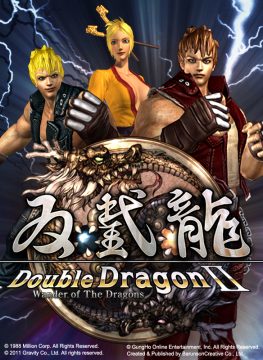 Wander of the Dragons is another result of Million’s franchise mongering, but unfortunately it isn’t a quality product like Double Dragon Neon. This time, Billy and Jimmy ended up in the hands of Korean developer Gravity Games (Barunson Creative at the start of development, before it was bought by Gravity), who were otherwise known only for MMORPGs. In game development, a cobbler does not necessarily have to stick to his lasts at all times, but a little genre experience sure would have come in handy in this case.

This remake of Double Dragon II has one thing going for it: It sticks much closer to its inspiration than Neon. You first get to play a slow and needless tutorial as Marian – who wears hotpants and a golden karate gi top with nothing underneath so the developer could showcase some horrid soft body animations – but then she gets gunned down as she did in The Revenge, and it’s up to Billy and Jimmy to go out and get exactly that. 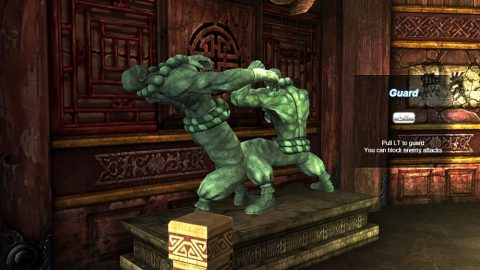 The moveset for the Lee brothers is stripped down quite a bit after the versatile combat in Double Dragon Advance or Neon. Overall, there are still more moves than in most beat-em-ups outside of Double Dragon, but it feels pretty limited in comparison with its immediate predecessors. Aside from the standard punch and kick combos, there are also a few special moves like the familiar Tornado Kick or an energy discharge called the Dragon Gust, but these require a power gauge to be charged by comboing enemies. The left trigger is used for blocking, which turns into a dodge when pressed with a direction and into a counter attack when timed right with an opponent’s attack.

The familiar backwards elbow smash is also back, except here it doesn’t really go backwards – Gravity Games repeated the same mistake Ubisoft made with Turtles in Time Re-Shelled by making the gameplay actually three-dimensional so the combatants can punch in all directions. The normal attacks are not too hard to direct, but it’s impossible to predict where the elbow smash will go, and enemy groups are much harder to control, and they will gang up on the player quite unfairly, especially in single player mode. 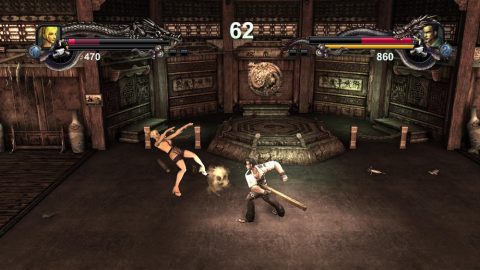 Like Double Dragon Neon, the length of the game is expanded quite a bit beyond the classic games. Wander of the Dragons got the familiar stages from Double Dragon II plus a lot of new areas. In concept, many of the additions are quite interesting, but riddled with badly implemented hazards. After the military base, Billy and Jimmy embark on a helicopter like in the NES game, but here it tilts backwards to throw the attackers out to certain death, which they can only prevent in a very badly communicated quick time event – it takes a few deaths to even figure out what is actually going on and what you’re supposed to do. The helicopter then crashes down into a lumbermill with a lot of annoying conveyor belt and switch hazards – only some of the very frustrating traps in this game. The traps here are operated by Abore, who then tries to get away on a convoy of trucks where enemies jump in to attack from all sides. The farm area is precluded by an Old West town and leads to a mountain cave and an Asian restaurant for some reason, which ends in a laboratory similar to the one in Neon, except the mutants grown here are no clones of the Lee brothers.

The game goes on for no less than 15 stages, and it sure drags on and on and on. The waves of more and more enemies never seem to end, and towards the end every single on of them takes far too many hits before going down. Most enemies outside of the bosses don’t even do anything interesting or challenging, but their sheer numbers will eventually wear you out. Eventually there’s not much of a choice except to credit feed through the final stage – at least credits are plentiful and you can restart at any stage after reaching it. There’s also a survival mode where you can just brawl in an arena against continuous waves of enemies, which also has Marian and Jeff as playable characters, but there’s absolutely nothing of note to be found here. The extended length also means the alright remixes of the original soundtrack weren’t enough to fill out the entire adventure, so the rest got filled out with really uninspired techno tunes. 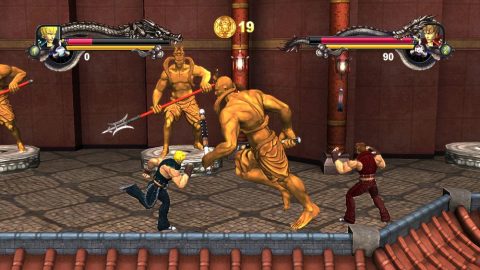 But the biggest problem of Wander of the Dragons is just that it is programmed badly. The low framerate is no doubt the most criticized aspect of the game. Despite looking like a first generation Xbox game at best, the game runs choppy as hell, sometimes even to a degree where some of the more complex moves won’t come out properly. It’s not quite as damaging to the experience as it has been made out to be in the press but it certainly doesn’t help an already troubled game like this. The most baffling part is that the game looked very much like the final version roughly two years prior to release in early previews, but judging by the level of polishing, the program apparently just sat around on the company’s hard drives in the meantime before it was eventually dumped onto the marketplace.

Upon release, Wander of the Dragons has been savagely butchered by critics. It has been called the worst game on Xbox Live Arcade, and even the worst beat-em-up of all time. Much of the bile aimed towards it probably comes from the fact that it was seen as a safe and easy target – after all, it was made by one of those horrible Asian free-to-play farms, so it has to be absolutely godawful, right!? Well, no. The truth is, it’s not even the worst Double Dragon game – in fact, when counting individual ports, it might not even be in the bottom half for the franchise. Make no mistake, it is still a bad beat-em-up, but it’s just that, and nothing makes it stick out among the glut of throwaway garbage in the genre that exists today as much as it did in back in the old arcade days. 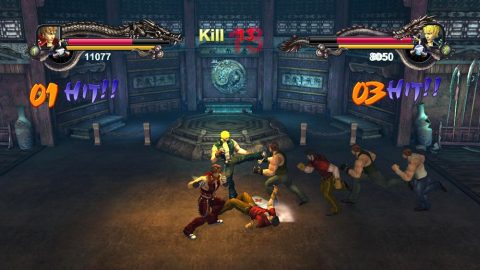