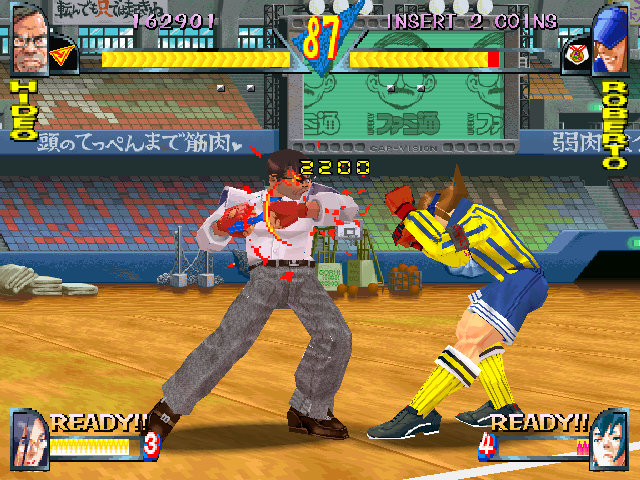 Initially released in the arcades, and then a year later for the PS1, Rival Schools primarily focuses on a young student named Batsu and his friends at Taiyo High School. Apparently there are some suspicious activities going on – not only involving the kidnapping of Batsu’s mother, but also the brainwashing of students – all of which revolve around the evil Justice High School. This epic plotline is told by dialogue scenes before every fight, more closely integrating the story than most fighting games. For as ludicrous as it all is, it also adds a lot of personality. 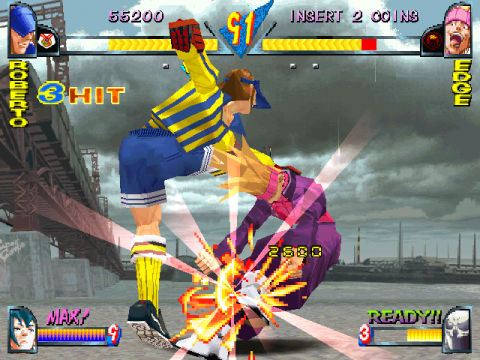 The graphics aren’t exactly stellar, and somewhat lacking compared to, say, Tekken 3, but other than some flickering polygons, they get the job done. The character artwork is excellent though. The soundtrack is filled with loud, blaring synth guitars, and almost all of it is horribly catchy. As mentioned above, the fighting isn’t exactly the tightest in the universe, but it’s still a lot of fun.

In the arcades, Rival Schools ran off very similar hardware to the PlayStation, so the port is pretty close. The PS1 can’t quite handle the same graphic resolution (at least during gameplay – all of the menus, story scenes and artwork are presented in the same, crisp high res), and there are short times between fights as characters switch in and out. There are also a few animated cutscenes, with a intro featuring a vocal song called “Atsuki Koudou” (“Burning Pulse”), and an ending song called “Ashita no Yukue” (“Tomorrow’s Whereabouts”), by a singer named Isao Bitou. All of the cutscenes are fully voiced, and left in Japanese even in the English versions. However, there are some weird changes – even though the game is supposed to take place in Japan, the country is no longer mentioned by name, which is pretty strange. Some things have been left out or changed, like Roy’s fierce anti-Japanese sentiment, or Tiffany’s idiotic language gaffs. There are a few other additions, like having all of the secret characters unlocked at the beginning, as well as the addition of Sakura. 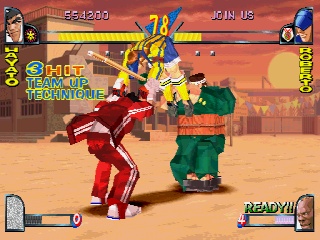 There are two discs in the PlayStation version – the Arcade disc and the Evolution disc. The Arcade disc just has the regular Story mode, but the Evolution has a whole bunch of extra features. The biggest – at least, in the Japanese version – is a life simulation dubbed “Nekketsu Seishun Nikki” or “Burning Blood Youth Diary”. You create your own character, change their physical features, choose various statistics (like your birthday and hobbies), and choose which school to enroll in. From then on, you live out your life in the Japanese school system, picking a club to join, interacting with characters from the game, and making friends/enemies. The interaction is pretty sparse – you pretty much just answer questions when asked, and can choose different locations to visit on certain days. Depending on your actions, you can build up your statistics and learn special moves. Then you can use your custom character in regular gameplay. It’s an innovative idea, although if you don’t like life sims (and/or can’t understand Japanese), it’s mostly a waste of time, when a hands-on character creation system would’ve been much easier and more direct.

Apparently Capcom didn’t feel that the American or European markets would be into the life sim, so they just cut it out of the localized versions entirely. There are several premade bonus characters to unlock, but it’s a pretty lame substitute. Since the biggest aspect of the Evolution disc is gone, its existence is mostly pointless. There are a few extra costumes that aren’t in the Arcade game, some tournament modes, and a weird “Kyoko’s Office” setting where you can choose what kind of massage to get from the school nurse. There are also a few mini-games, including a soccer shoot out with Roberto, a home run simulator with Shoma, and a strange volleyball/bowling mixture with Natsu. 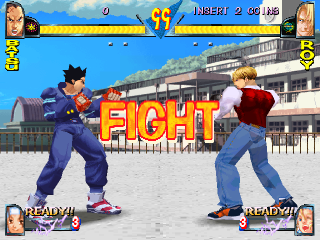 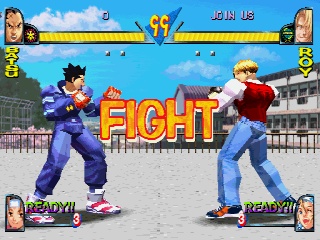 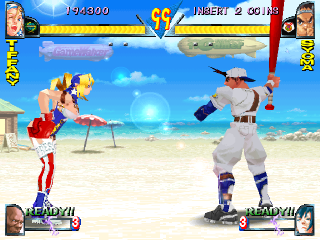 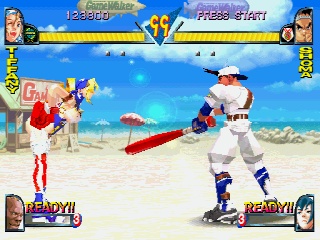 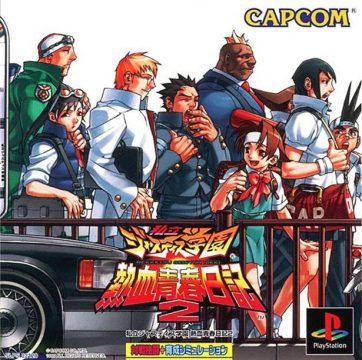 The life sim mini-game from the first release of Justice Gakuen was so popular that it spawned its own pseudo-sequel. Unofficially dubbed “Rival Schools 1.5”, Nekketsu Seishun Nikki 2‘s simulation mode is pretty similar to the original, but expands greatly on it with new storylines, tons of new characters, and some more mini-games. All of the old ones are back, including two new ones – a Track and Field clone, and a silly dance-off featuring Parappa the Rapper-style gameplay. Otherwise, the interaction is just as limited as ever. 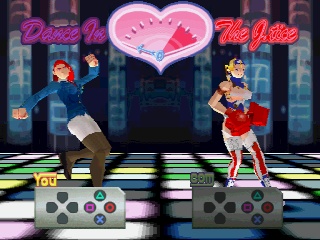 There are also two new playable characters: Ran, the photographer, and Nagare, the swimmer. The Chairperson is also introduced, although she doesn’t become playable until Project Justice. Other than the sim game, there’s no real story mode, just a standard arcade option without any of the goofy dialogues. The intro is pretty lame, isn’t fully animated, and just features another verse of the same song from the original. Overall the additions don’t justify this game’s existence, unless you’re really into the sim stuff