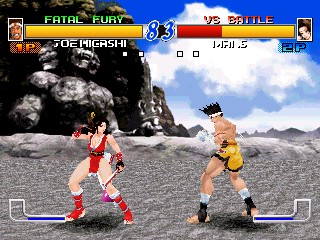 Even though SNK had an excellent reputation with creating 2D games, they were facing fierce opposition from the likes of Virtua Fighter and Tekken. So they created the Hyper Neo Geo 64, a 3D arcade board to stay up to date. Fatal Fury: Wild Ambition is the first – and only – entry of the Fatal Fury series to use 3D graphics. 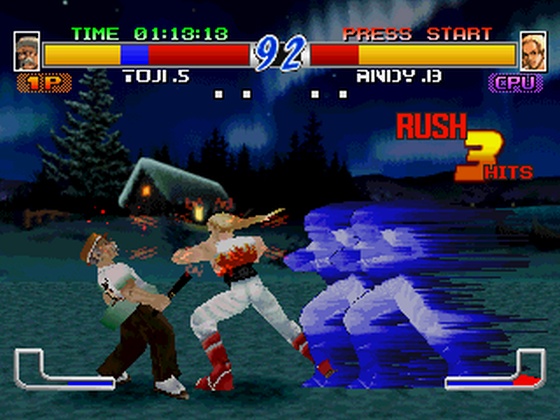 The story is an alternative universe retelling of the original Fatal Fury. The PlayStation home port features a bunch of fully animated GC cutscenes, and the intro details the death of Jeff Bogard at the hands of Geese Howard. The roster is comprised of several characters from the entire series, including series stalwarts Terry, Andy, Mai, Joe, Kim, Geese, and Billy Kane, as well as Raiden and Yamazaki. SNK also introduced two new characters exclusive to Wild Ambition: the young girl wrestler Tsugumi, and the crazy old man Toji. The PlayStation port adds Xiangfei to the default roster, as well as Duck King and Mr. Karate as hidden characters. The artwork is all done by Hiroaki, who later went on to provide the illustrations for The King of Fighter EX2 and The King of Fighters XI. 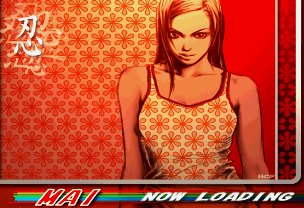 Despite the move to 3D, the game still plays like a 2D fighter. The control setup is just like Real Bout, with punch, kick, and power attacks. There’s also a dodge button that makes the character roll out of the way to dodge, the only real benefit to the 3D playing field. The camera occasionally changes angles quickly during certain special and super moves, just to be flashy. Unfortunately, the controls feel a little bit off. The combo system is basically similar to Real Bout, but not nearly as tight nor as fast. Most of the character’s classic moves are here, but the timing on all of them have been changed, and it’s hard to adjust.

The graphics in the PlayStation version are okay. They’re not up to par with similar games on the system like Tekken 3, but they don’t look horrible either. Unfortunately, they’re all completely still, while they are animated in the yet unemulated arcade version. The character models and special effects have also suffered a bit. The music is generally not very good, except for Terry’s theme “11th Street,” which is by far his best theme music. This song was later remixed for the Fatal Fury Team in The King of Fighters ’99. The PlayStation version includes both the original arcade music and improved arrange versions. 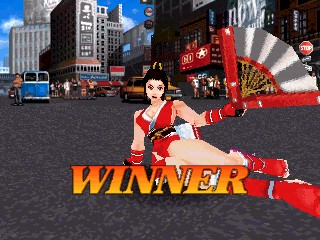 Fatal Fury: Wild Ambition is really little more than a novelty that shows off classic SNK characters in blocky polygonal models. It’s not really a bad game – it’s far better than the 3D Samurai Shodown game for PlayStation, and it’s about on par with the Street Fighter EX series. That’s not exactly high praise, though. If nothing else, it paved the way for the Maximum Impact series, which actually feels like a faster paced, smoother (and thus far better) version of Wild Ambition.