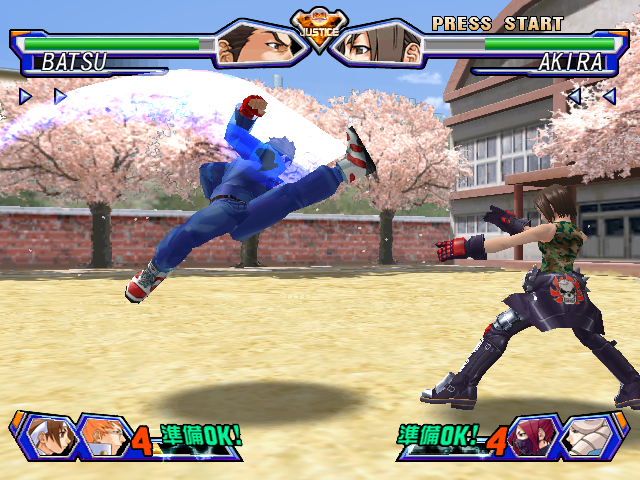 Project Justice, or Moero! Justice Gakuen (“Burn! Justice High School”) is the only true sequel to the original Rival Schools. There’s a whole new plot, this time involving the evil Kurow Kirishima. There are also evil duplicates of some of the characters walking around, framing people, which clearly must be stopped. Nearly all of the characters return (including the few new faces introduced in Nekketsu Seishun Nikki 2), although the likes of Roy and Tiffany are hidden. There are also a few new characters, such as Momo the childish tennis player, Yurika the musician, and Zaki the masked gang leader. 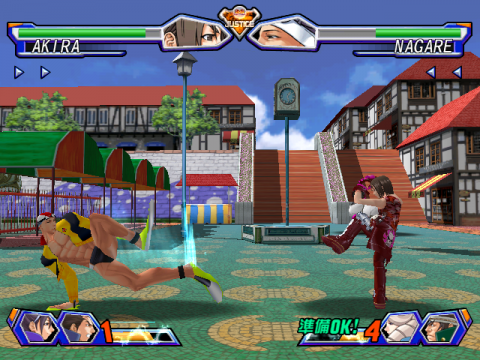 The fighting in Project Justice is almost exactly the same as its predecessor, except you can now choose teams of three instead of just two. You can also call out one of your partners to defend yourself if you get attacked by a team up move. The graphics have improved a bit over the original, with higher polygon character models, and fully rendered backgrounds, instead of a single static image. Even with the improvements, it’s still rather underwhelming visually, especially when compared to Soul Calibur or Virtua Fighter 3. The music is similar to the original, but uses more realistic guitar samples, and the result isn’t quite the same.

Capcom didn’t put quite the same effort into the home port of Project Justice as they did for the original. Since the arcade game ran on the Naomi platform, the Dreamcast version looks and plays exactly the same. However, Capcom never dubbed the story sequences, which somehow makes them all less exuberant. There’s no animated intro, and a suspicious lack of mini-games. 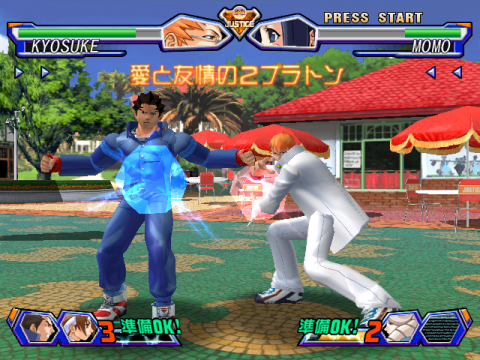 The Japanese version replaces the sim mode with a completely new board game feature, once again dubbed “Nekketsu Seishun Nikki”. Much like before, you can design your own character, but now move them around a board to modify their abilities. Each square adjusts your stats, and you can meet with various characters placed around the playing field – most of them will chat with you and occasionally join along for a bit. They can also teach you new techniques or further modify your stats. You can play with between two and four players, with any combination of human and CPU players. Meeting up with one of your foes results in a goofy little scuffle between the characters. Although the board itself is hideously ugly, all of the players are characterized by cute little super deformed midgets. Even though it’s arguably more shallow than the sim modes of the previous games, it’s more engaging, and at least a bit of fun. But, like before, Capcom didn’t bother to translate it, so they just hacked it out of the American version entirely. To be fair, the game only retailed for the discounted price of $20 in America, while the Japanese had to pay full price. 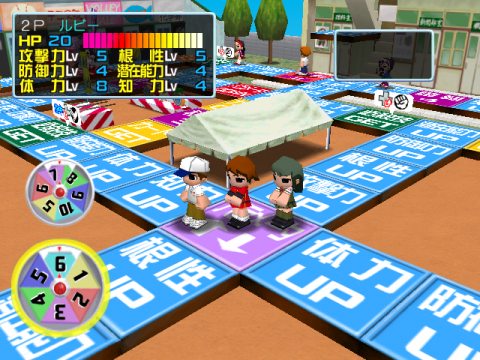 Despite its popularity around its time of release – especially in Japan – Rival Schools faded into near-obscurity after Project Justice. Kyosuke found his way into Capcom vs SNK 2, appearing in 2D form, and both Kyoko and Hideo – along with Justice High School – appear in the crossover strategy game Namco X Capcom. Only about a decade later, series hero Batsu returned in Tatsunoko vs. Capcom. There was also a punk band named after the game, calling themselves “Rival Schools United by Fate”, although they’ve since broken up. It’s a suiting tribute to one of Capcom’s most amusing fighting game series.