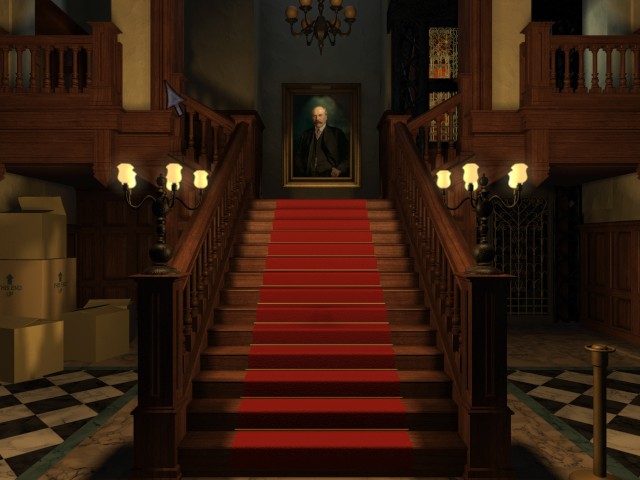 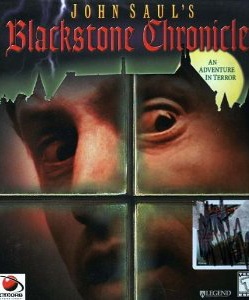 You’d be forgiven for mistaking Blackstone Chronicles as a rip-off of The 7th Guest. After all, they’re both solitary journeys into abandoned estates – this time, a decommissioned insane asylum ? complete with fully CG-rendered visuals and a crazy old man who constantly belittles you. But beyond their initial appearance, they have little in common, for Blackstone Chronicles was developed by Legend Entertainment – their last adventure game, in fact – and contains the sort of high quality storytelling that The 7th Guest and its clones didn’t bother with. 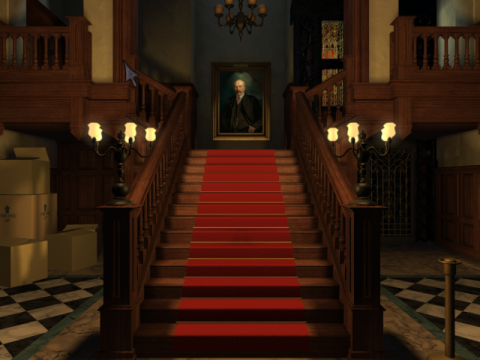 For starters, that crazy old man? That’s actually the ghost of your departed dad, Malcolm Metcalf, the founder of the Blackstone Asylum. He is not a demon incarnate, and you will not be playing games of chess against him, although he is maliciously crazy. You, Oliver, were meant to take over the family business, as it was, but rebelled in absolute disgust of the methods he practiced, and sought to have the place bulldozed. The disturbed spirits within its walls have since bled into the surrounding town, setting the scene for the short novel series written by John Saul. Consisting of six novels, this game acts as the seventh (and final) installment, as Malcolm has captured your son and threatened to teach him the ways of the family business. It’s not entirely clear what that entails at first, but it’s certainly not a good thing, and you must find him before dawn lest he become lost forever.

Though the asylum has been closed for years, it has since been cleaned up and turned into a museum. Each of the rooms has a computer which tells the story of its function, its inhabitants and their conditions, and concise explanations of their diseases and treatments. Great strives have been made in the field of psychology over the past century, obviously, and it should be no surprise that most of the treatments in the days of old were absolutely barbaric. Got emotional attachments to objects? Let’s chuck them in the furnace right in front of you! How about a problem with schizophrenia? No worries, some simple electroshock therapy will get rid of those nasty demons! The computer files are naively innocuous, in a creepy way. One tells of how steam baths were given in order to soothe the patients, which is believable enough. Until, that is, you get locked inside one, and overhear disembodied voices outside talk of how your slowly boiling blood will eventually congeal, causing your heart to sputter to a stop, and your life to be forfeit. 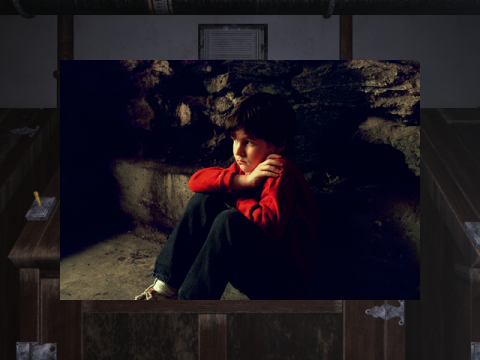 For a story about ghosts, Blackstone Chronicles handles them remarkably well. They do not appear as apparitions or any other such cliche. Instead, they are merely voices you can converse with, with perhaps a portrait to show what they looked like during their earthly years. Most of the spirits are friendly, and their aid is essential to progress through the asylum. While you have a full key ring, none of them are labeled, and only through conversing with the ghosts can you match which key goes to which door. (Thankfully, once you’re clued in, this is an automatic process, as the door in question will be unlocked automatically.) Getting the ghosts to cooperate is usually as simple as tracking down an important object or two and returning it to them.

Most of these spooks are in varying states of denial and still suffer from the same afflictions that they suffered in life. One has an imaginary pregnancy. Another one thinks she is Mary, Queen of Scots. Their rooms are usually decorated to support their delusions, strangely enough. The false Queen has a fanciful bed and medieval paintings, a far cry from the common “padded room” images of asylums. Janitors and orderlies still haunt the place as well, although not all of them are quite as friendly. Oliver rarely acts as the narrator – instead, looking at or interacting with items will prompt a comment from the resident spectre, which lends to the eeriness. 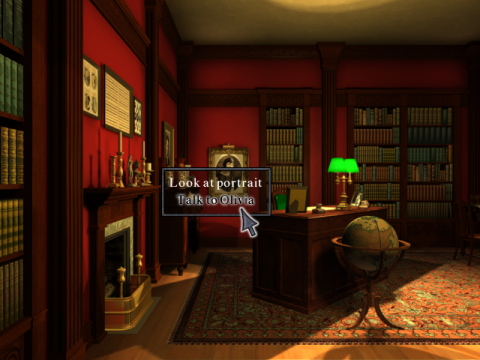 The worst of the specters is, of course, Malcolm himself. At one point you’ll find a box filled with vials, each with a different affliction – snake venom, bubonic plague, typhus and malaria. Malcolm will temporarily take over your body, take a syringe and make you jab yourself with one of these deadly maladies. You have a few hours to live, you are informed, and since the vials weren’t labeled, you don’t know which one you have. As a puzzle, it’s a little disappointing ? Malcolm will simply tell you your symptoms, which will help you choose the correct antidote. It probably would’ve been cooler if the game had come up with a more clever way to display the symptoms of something like the famous Black Death.

Legend’s titles were born as text adventures, but subsequent games began stripping away the interface in the name of straightforwardness. While Blackstone Chronicles basically controls like their earlier games, the interface is entirely transparent, with a single cursor bringing up a context-sensitive menu to interact with items. Much like the earlier Mission Critical, it uses full motion videos to transition between nodes, although it doesn’t actually contain any live action video. (However, Oliver’s son appears as a digitized photograph of a real kid, and it feels out of place.) The full screen visuals are welcome, but the visual design itself is sterile and unremarkable. The package includes two CDs, with one offering lower quality movies for slower computers. The animations are still slow, though, and since you’ll be ferrying back and forth between floors fairly often, you’re more than likely to just skip them entirely, accomplished by carrying out commands with the right button. But while the graphics seem a bit late to the party, the creepy soundtrack almost entirely makes up for any other deficiencies. 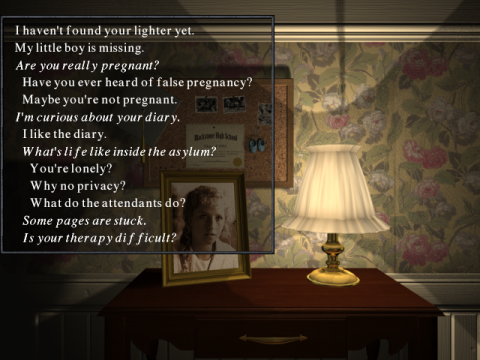 The only other real trouble with Blackstone Chronicles lies not within its script, nor its storytelling or puzzle designs, which are all excellent. Rather, it’s Legend’s only adventure game to run under Windows, and as such, has some trouble running on modern systems. Most of these issues can be traced back to using an early version of Apple’s Quicktime, which was terrible back then, and is completely incompatible with modern versions of it. Providing you can get the game working, it’s a fantastic sendoff to one of the hallmark companies of the genre, one which went almost entirely unnoticed.