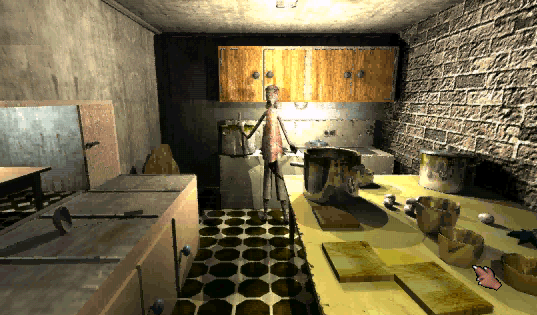 DogDay is one of those old first-person 3D point & clicks for the PC. Released in 1996, it’s one of only two games developed by a 9 member Australian studio known as Asylum, sometimes also called “Eyst”. Its publishers are as obscure as it gets: Impact Interactive Publishing (USA), Bomico Entertainment Software (Germany) and Hyper Force (Netherlands) are nowhere to be found. In 2000, after the release of their last game, some RTS named Wartorn, Asylum seems to have just vanished into thin air. As you can see, this is one nice specimen of a lost game nobody remembers! Nevertheless, it was ported on the PlayStation in late 1998 by an ASCII-owned studio, Something Good, and it was released… only in Japan. 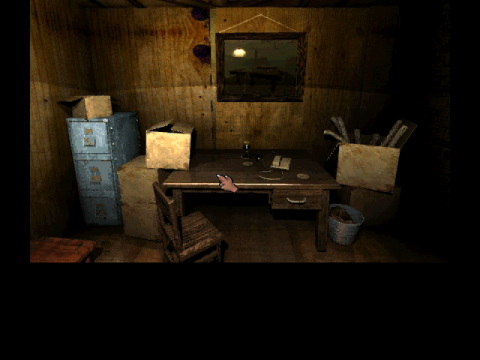 The game was retitled Curiosity kills the cat? in the process, and an official guide (which is probably impossible to find nowadays) was even marketed as well… But who knows why they would localize this game for Japan! Sure, other games like Zork I did see the Japan-exclusive release for the PlayStation as well, but it’s a cult classic, it makes sense to at least try to introduce it to the Japanese market. But DogDay? Nobody in Japan has ever heard of this game, and nor has anyone in the rest of the world either, for that matter.

Like many of these Myst-style point & click adventures back then, the game just throws you in without any clue of what’s going on apart from a weird cutscene – the game doesn’t feature any dialogue, so it doesn’t help. You thus need to look at the booklet to understand a bit of the background. Here it goes: the game is a dystopic tale featuring anthropomorphic animals as characters. However, in contrast with most adventure game dystopias of the time, the story doesn’t take place in the future, but in a contemporary environment. The grey quarters of a tumbledown town operated by an authoritarian and corrupt government where someone called Chegga rules as the supreme leader. Of course, any disturbance to public order which is perceived by the authorities is severely punished; forced disparity is rife and the state-controlled media obviously repeats nothing but official versions of the facts. You assume the role of a dog who seems to live nearby and has just escaped an assassination attempt at the hands of the Cheggist security forces. Luckily, an underground subversive group called the CATS (Coalition Against Totalitarian Society) is set on overthrowing Chegga’s regime. Your objective is to get hold of high-profile information compromising the government, and make sure it gets in the hands of the CATS. 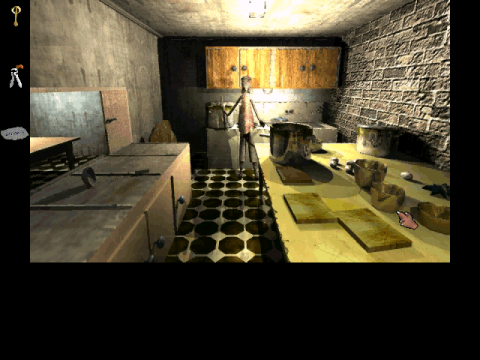 So you start the game without any kind of explanation, in the middle of the pad you’ve just found shelter in. Gameplay is no problem though, as it’s the classic style of the genre: one click will focus on a part of the environment, activate a mechanism or pick up an item – an item that, once in your inventory, can be used through drag’n’drop. Nothing new here. As items aren’t too hard to find, you’ll get out of the room pretty quick. Saving and loading your games is done through a right-click contextual menu. Moving around is nothing unusual either. Just spin around and click wherever you want to go, and you’ll walk there if it’s possible. However, you may often click “too far” from where you actually wanted to go, and your character will go past where you thought he would stop. It’s nothing one can’t bear but it can get annoying, especially if you cross the street by mistake; this indeed is an infraction according to the Chegga government’s laws and it will land you straight in jail.

As for the game’s riddles, it actually starts out pretty well. However, the game starts to get lousy as soon as you reach the arcade, where you have to get three damn high-scores on some cheesy arcade classic clones in order to get a VIP pass and a personal alarm. Not only is it irritating, it doesn’t make any sense! And when it comes to figuring out what you should do next, it only gets worse from this point on. That’s the game’s main flaw: it’s absolutely impossible to complete it without the help of a walkthrough. Luckily, one does exist and can be read here. I wonder who could be its writer: a genius who actually cracked the riddles, a freak who tried every possible combination, or simply some guy from the development team who wanted to amend his wrongdoings. What’s worst is, even with this walkthrough the sewer maze sequence towards the end of the game will drive you insane for more than half an hour! So, that’s it. OK for a couple of hours, but it quickly ends up falling short due to its unintelligible puzzles and lack of significant clues. That’s the reason why this game’s potential is wasted. 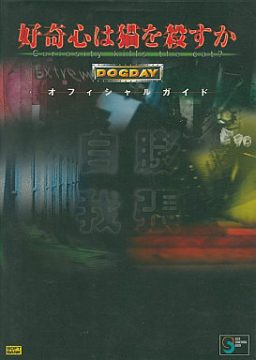 Because it really had atmosphere. In spite of its age, it’s clear Asylum put effort into mise-en-scène. Indeed, they managed to turn the harsh technical limitations on their head by making them their aesthetical principle: the player gets the feeling he’s moving around a scale model plunged into darkness, and the characters look like rag dolls. Add to this the “political” setting and the lack of dialogue, and you get a really weird ambiance. One scene in particular almost feels like surrealist imagery, and the off-hand way in which it’s brought up only makes it more haunting. Your character also moves around in a very saccadic and brusque manner, and it contributes to a feeling of tension. It’s a pity there are so few scenarios in the course of the game, even though some attempts are made towards the ends, and the soundtrack is terribly bland. The visuals definitely are this game’s best aspect – even though it feels more like wasted potential, as stated earlier, than a real quality in its own right.

There isn’t much left to say about the game. Note that the PlayStation port is the exact same game apart from a few edits: the game is (even) more compressed, but at least it contains a written description of the background (and a long one at that). It also contains an ad for the official guide. The rare texts have been translated and the inventory was also sensibly redesigned. There’s a really wacky addition though: the localization team seems to have gone crazy in the credits! That’s quite a surprise after such an adventure… But it doesn’t change anything: DogDay could have been a good game, but it isn’t. No such luck. 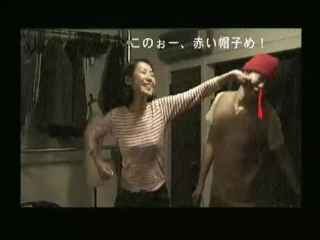 At least they had fun…

If you wish to play this game anyway, know that it doesn’t run on most modern operating systems: you’ll probably have to play it on a Windows 98 virtual installation or something of the like.