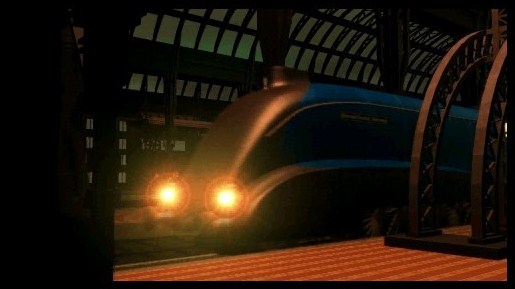 Gadget stretches the idea of what it means to be an adventure game. Many would prefer to call it an interactive movie. But however you choose to label it, Gadget is among the most atmospheric and immersive experiences one can have on a computer. Its design legacy can be seen in such games as Bioshock and Syberia, and director Guillermo del Toro claimed in an Edge Magazine interview that the game influenced such films as The Matrix and Dark City. 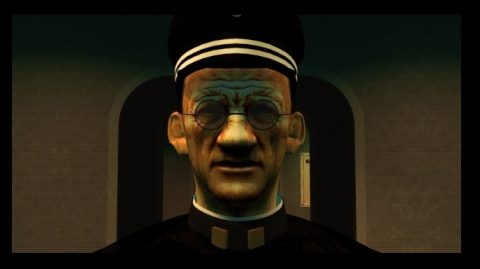 “A day eighteen years before the end,” in an alternate future or present, it seems that the microchip was never developed. Everything is made of vacuum tubes and Bakelite. The protagonist is a silent agent of his government, given the assignment of finding a missing scientist, Horselover Frost. The government claims that Frost is a subversive, brainwashing people and intending to cause widespread panic with the false claim that a massive comet is on a collision course with earth. Of course, Frost’s colleagues swear that the government is trying to cover up the danger of the comet, and that their brainwashing machine is actually intended to draw out a person’s latent abilities. Your character takes train after train, attempting to track down the pieces of Frost’s machine, and hopefully decipher the truth in the meantime. The passengers and railroad workers around you grow more and more unbalanced as reality itself begins to fall apart. As the terror level rises, everything is in doubt. Is the world really in danger? Who is telling the truth? Whose side are you actually on?

Although the aesthetics look Eastern European, Gadget was developed in Japan by Haruhiko Shono, the director of Alice: An Interactive Museum and L-Zone. Shono was heralded as a major pioneer in the area of interactive entertainment by Newsweek and Japan’s Ministry of International Trade and Industry. Gadget was his last major creation for the personal computer. In 2004, he worked on the film Casshern, serving as the CG supervisor and conceptual designer. 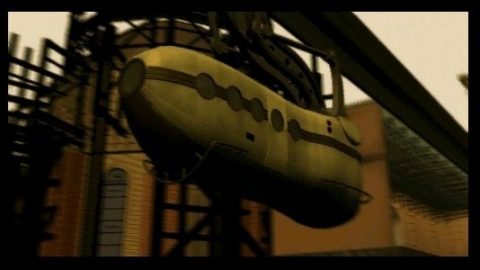 Gadget is presented in a slideshow format with animated linkages, but to an amazing effect. It uses consistent rules for its navigation, and it is always apparent through the cursor which directions you can go. While the textures and details are somewhat simple by today’s standards, the visual design of the game is still absolutely stunning. There is an intense retro-futurist look to everything, with giant radios, Buck Rogers airplanes and art deco locomotives. The trains are a focal point, as most of your time is spent either on them or at one of the stops along their routes, and the work that went into their design is more than evident. The most bizarre piece of machinery is the Sensorama, a massive device that uses light and motion to cause hallucinations in a human subject. It is central to the plot, and you are forced to use it numerous times. These psychedelic episodes are one of the highlights of the experience. The characters all look a bit creepy and obviously artificial, but almost stylistically so.

The game has a similar atmosphere to Steven Soderbergh’s Kafka, as it contains a clever blend of science fiction elements and Kafka‘s paranoia. The dialogue is subtle but creepy, and the lighting used on the faces of characters gives them an otherworldly look. The game’s soundtrack, which was done mostly in an ambient style, elevates the feeling of mystery and fear that the game tries to evoke. When you throw into the mix frightening, reoccurring symbols and the increasingly nightmarish scenarios, you end up with an unnerving package. 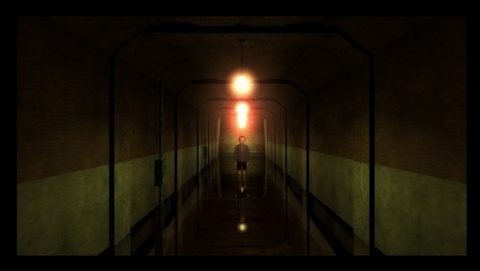 This is all driven home by the inevitability of the gameplay, but most players would question Gadget‘s validity as a game. On the surface, it has all the ingredients of an excellent adventure game: a well-crafted plot, interesting areas to explore, items to be gathered and used from an inventory, and plenty of things on which to click. But Gadget is more often considered an interactive movie, as the story is entirely linear and everything is set in stone, even the finale. You are incapable of ending the game by making a mistake, and with the exception of one small maze, the game is completely devoid of puzzles. In fact, the sudden appearance of that maze is completely jarring.

Although the game might be billed as an interactive movie, some would criticize the lack of decision making. When it comes to most adventure games, it’s easy to be frustrated by a game putting up boundaries where they should not be. Gadget is lacking in such artificial constructs. It begs one to ask, “Would this be more interesting if I had to solve a complex puzzle in base thirteen to turn on this gizmo?”, as in most other Myst-style games. And the answer is no, because the game already does a fantastic job of entrancing the player and urging them to become enveloped in its world. When you use your inventory, it’s never bothersome that the game chooses the appropriate item for you; it’s always fairly obvious, anyway. Gadget is almost comparable to a rail shooter like Time Crisis. It is an adventure game on rails, or, more accurately, an adventure game on train tracks. 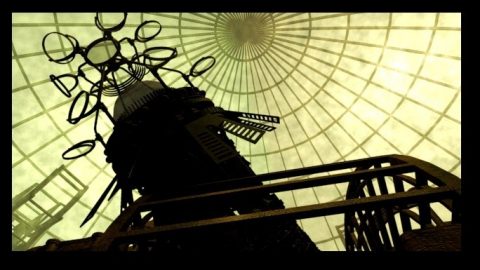 The game was first released as a single disc in 1993 as Gadget: Invention, Travel & Adventure. In 1997 and 1998 it was rereleased as a four-disc set under the title Gadget: Past as Future, published by Cryo Interactive outside of Japan. The newer version uses the extra space to feature improved graphics and animations, and was also released for the PlayStation, although with lower resolution visuals. In 2011 it was ported to the iOS under the name iGadget, with a regular version of iPhones and iPods, and an HD version of iPads. A companion book was published in 1996, Inside Out with Gadget. It features images from the game accompanied by diary entries and other fictional text to flesh out the world of Gadget. Images and animations from the game were remixed and released on a DVD, Gadget Trips: Mindscapes. There is even a novel entitled The Third Force: A Novel of Gadget by sci-fi writer Marc Laidlaw.

While not for everyone – certainly not for those who crave puzzles or exploration – Gadget is an interesting piece of art for those looking for a wonderful story that unfolds through an exceptional presentation. Every developer should take the short time needed to play through this one, as one can only imagine how it could inspire and influence them.