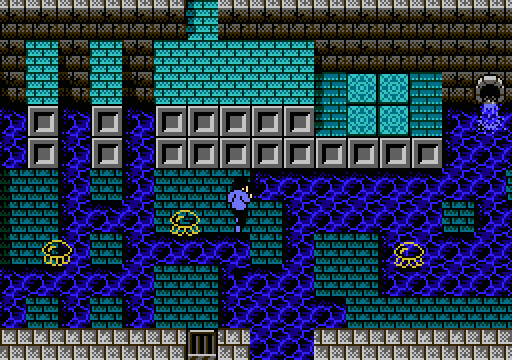 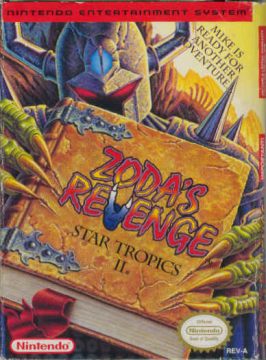 After defeating Zoda and saving three magic cubes that turned out to be a kind of escape pod for seven alien children sent into exile on earth to escape the invader’s wrath, life seemed to have gone more or less back to normal for Mike. Uncle Steve, however, found more hieroglyphs in the ruins that contained the cubes and has been investigating them, leading to the mysterious “Oxford Wonder Book” which outlines several real and faux historical figures. After some telepathic hints, Mike ends up deciphering the book and is sent hurtling through time to collect seven Tetrads (blocks shaped not-so-coincidentally like pieces from Tetris) before Zoda can get his hands on them. Eventually Mike gets caught up in the struggle between Zoda and the Argonian children he rescued at the end of the last game.

The Argonian princess. She’s able to communicate with you across space and time to advance the plot. Eventually she falls victim to yet another classic Nintendo archetype and needs rescuing.

The legendary magician. He pops up throughout the adventure to take on the role of reviving Mike when he runs out of lives, and bestows special attack skills on him at key points.

The leader of Argonia, who apparently was good friends with Merlin. For reasons to be revealed in the game, he had the Tetrads sent through space and time. 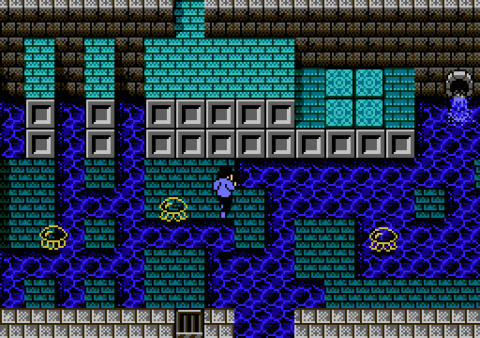 The plot is a bit more subdued, though still fairly quirky. Personages such as Cleopatra, Sherlock Holmes, King Arthur, and Leonardo da Vinci appear along the way, sending Mike navigating through pyramids, English sewers and even Dracula’s castle. The game’s rather bizarre sense of humor once again resurfaces, like when Mike is sent on a mission to deliver pizza to Cleopatra (from Caesar’s Hut, no less, a gag which works on at least three different levels). There’s also a special treat for fans who’ve completed the original game, as they get to revisit some old areas and meet old friends. Zoda is back, of course, with three clones of himself spread throughout time.

The mechanics are pretty much the same, although the clunky controls from the original game have been greatly improved. Mike can now move as he jumps, veering left or right to reach other platforms. Furthermore, there are also height levels in the various rooms, giving an added incentive to master the jumping skills. Mike now has two primary weapons – a series of upgradable swords and a psychic shock wave attack. The former is a strong, steady throwing weapon, while the latter is upgradable and like the Yo-Yo in the first game, dependant on the health bar for power. Some enemies can only be hit with the psychic shock wave, and having a faster rate of fire, it’s usually the weapon of choice. Again there is a set of secondary weapons of limited use, but they’re not quite as valuable in this game.

The dungeon design is a bit more innovative. There’s also a “random” dungeon element, where moving around on the overworld triggers Mike falling into certain smaller dungeons that need to be cleared before going on. This only happens in a few chapters (including right at the beginning) and can get annoying at times. Most of the puzzle elements are gone, though there’s a wretched sequence of trial and error in chapter five that has Mike fishing for a lost mine. Switches can be walked on without having to jump on them. The dungeon designs have been improved, still sporting the usual secret rooms and other fun designs, as well as the addition of special arrow tiles that send Mike moving in a certain direction, though some of the puzzle aspects seem more or less gone.

The music has taken a hit in this game compared to some of the catchy tunes of the original, though the theme for the Zoda boss battles isn’t too bad. Graphically, the game is a bit sharper, although the colors aren’t quite as bright. Mike’s sprite has been entirely redrawn as well. Like the original there is a battery backup auto save as well as the return of the scoring system.

There is some debate on whether this game is better or worse than the original. The first one is enjoyable, though the second seems a bit better made and more balanced in terms of difficulty. Both are definitely worth a try. It’s a shame that this series never spawned further sequels. There have been rumors that poor sales on Star Tropics II doomed the series to obscurity, but given the release date in the system’s life cycle, it’s somewhat understandable. At least both games have been released on the Virtual Console for Wii.