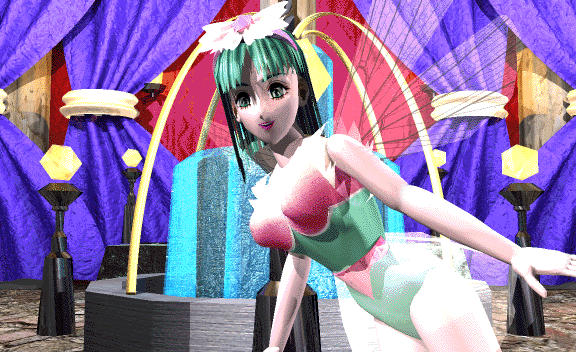 Illusion is a Japanese publisher known almost entirely for adult products. One of their lone divergences was Aegeankai no Shizuku (“Droplet of the Aegean Sea”) with the first part sometimes spelled “Aegekai” or “Egeekai”. It’s a first person point-and-click very similar to American PC games like Myst, where you play as Triton and explore various realms to hunt down four swords. Although there are plenty of strange and unique characters to encounter, the narrative is relatively slim, which is a huge departure from typical Japanese adventure games; meanwhile, the puzzles are easier than the mindbenders typically found Myst-style point-and-clicks.

The PC98 version is interesting because it’s one of the only games of these type to feature anime-style visuals; in contrast, Myst and all of its clones used prerendered computer graphics. The human characters in this release are attractively drawn albeit typical, while the backgrounds have a colorfully surreal element that’s missing from their Western counterparts. The game has a cool fantasy-anime take on Grecian architecture, and it’s brilliantly immersive, despite the usual clumsiness in this type of node-based navigation. The women’s outfits are a bit revealing, with many wearing bikini armor, but otherwise there’s nothing really all that dirty, either.

The Windows 95 CD-ROM edition, however, is basically the same exact game but using CGI instead. Now, there’s a reason why Myst and similar games typically used live action FMV for its characters, and that’s because computer rendered artistry hadn’t yet evolved to the point where it could create decent looking human characters. That didn’t stop people from trying, though, and Aegeankai no Shizuku features anime-style CG that looks hilariously bad. At the time this must’ve seemed like the technically superior product, especially considering most PC98 games only displayed with 16 colors, plus this CD-ROM edition includes digitized speech from some well-known voice actors. There’s still some retro charm to it, especially seeing how the ladies now tend to look uniquely terrifying rather than appealing, and only highlights the fact that people were hugely excited about the concept of CGI in the 1990s, and were willing to look past its obvious flaws to get a glimpse of the future.

We’ve purchased and uploaded an ISO of the Windows 95 version and is available at Archive.org. 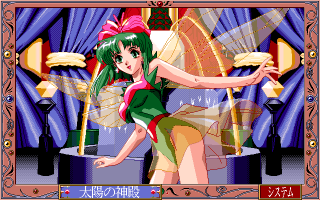 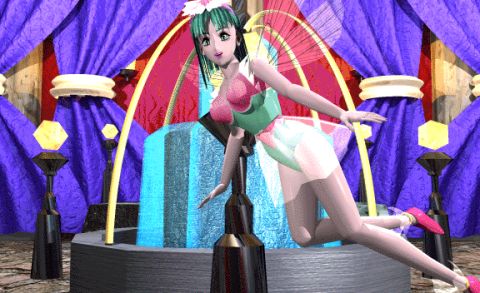 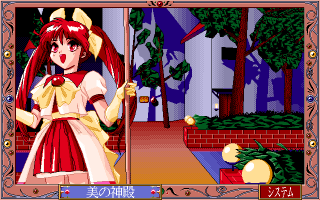 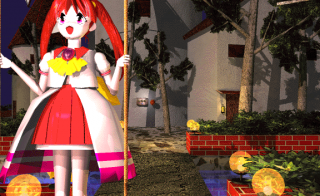 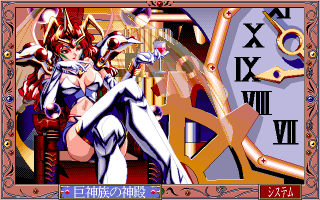 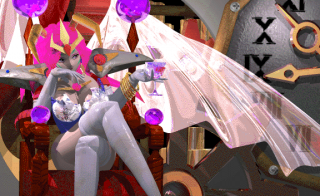