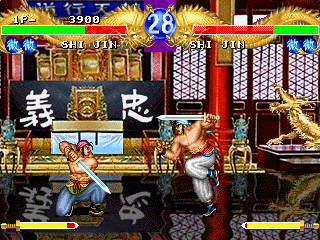 Even though it was hardly an exemplary game, it’s hard not to feel pity for Fighter’s History. Its only claim to fame was that Capcom sued the company because it was a huge rip-off of Street Fighter II – which it was, of course. But ADK’s World Heroes and SNK’s Fatal Fury 2 also tread dangerously into plagiarism territory (although the Fatal Fury series was helmed by former Street Fighter developers), and it seemed like Capcom was really just out to make an example of poor, hapless Data East. Regardless of the legal entanglements, Data East went on to make a sequel, Fighter’s History Dynamite (AKA Karnov’s Revenge), before moving on to a franchise that wasn’t quite as shameless. 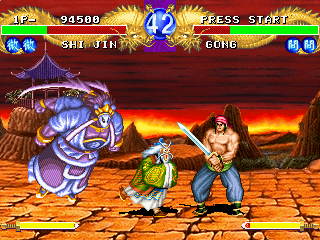 Known under three different titles – Suiko Enbu in Japan, Outlaws of the Lost Dynasty in American and European arcades, and Dark Legend in the American Saturn release – Data East’s new fighter built on the foundation of Fighter’s History, but changed focus by setting the game in feudal China and drawing on characters from the famous “Water Margin” story (the same basis for Konami’s Suikoden RPG series). While some may think the Asian setting may skirt too closely to Samurai Shodown territory, it has its own unique play and feel, even if it doesn’t have a fraction of the personality of SNK’s legendary fighter. It’s actually closer to a fighting game version of Romance of the Three Kingdoms – and this is before Koei popularized the whole “historical Chinese dudes in fancy clothing beat the crap out of each other for hours on end” thing with Dynasty Warriors.

That’s not to say it’s an entirely original concept – Outlaws of the Lost Dynasty is basically Street Fighter II crossed with Samurai Shodown. It utilizes a Capcom-style six button layout, you can run by double tapping the joystick, and the views zoom in and out. Most of the characters are equipped with weapons – swords, spears, etc. – but this is where Outlaws of the Lost Dynasty strays from the norm. Your weapon’s durability also acts as sort of a guard crush meter – if you block too many special attacks, it’ll break, and in addition to being dizzied, you’ll lose it for the rest of the fight. Compared to Samurai Shodown, though, where characters are pretty much useless without a blade, there’s actually a huge advantage to unarmed combat. Although weapons are more powerful, your attacks are much quicker when you rely on your fists, and it’s much easier to perform combos. If you’re more into this style of gameplay, you can toss your weapon at your foe at any time – which will also dizzy them, if it connects – and then fight completely hand-to-hand.

Outlaws of the Lost Dynasty also implements a cool juggle system which was pretty innovative for back in 1995. Certain standard and special attacks will cause your foe to spin in the air, bounce off of the ground, or slam into a wall. If you’re fast, you can follow up and continue the combo, which is a prototype to the Air Combos / Aerial Raves found in the Capcom Vs. games.

Beyond the combo mechanics, the rest of the gameplay is kind of limited. There are Fatal Fury 2-style desperation moves when your health is low, but no other super attacks or super meters. 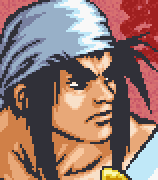 The main character, more or less. He wears a bandanda like the hero of the first Suikoden game, and has a dragon tattoo on his back. Wields a sword. 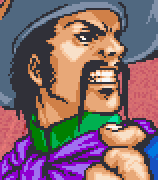 This guy has a hat and wields a spear. 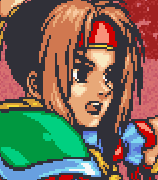 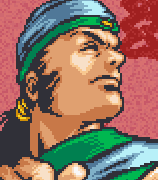 Basically kind of a Chinese ninja guy, Dai Zong can teleport and wields a pair of sai. 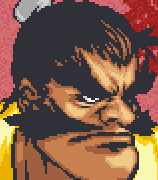 A large fellow who chops his foes with two axes at once. 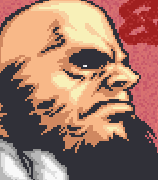 Another huge guy with an even huger spear, which has a thick blade at the end of it. 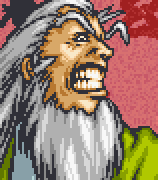 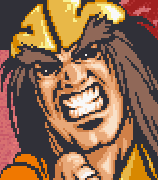 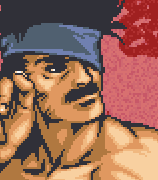 The first of three brothers, which basically means different heads pasted on the same body. They don’t wear much from the waist down. He controls a little water blob with some interesting attacks. 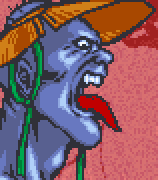 The second of the three brothers, he kinda looks like a zombie, and attacks with flying fish and frogs. 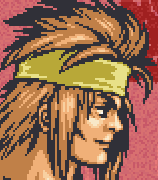 The third of the three brothers, this one just attacks with a boring set of nunchaku. 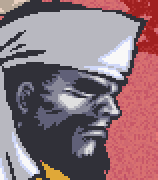 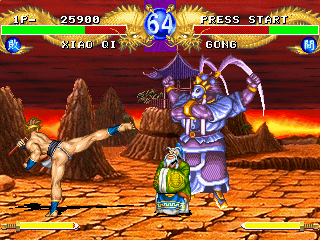 Outlaws of the Lost Dynasty‘s rather boring character roster undoubtedly alienated those who didn’t already have a thing for Chinese folklore. The sprites are merely average, the backgrounds are pretty dull, and the music, outside of a few inspired tunes, is largely forgettable. Its mediocre home ports didn’t exactly do it justice, either. Although the original arcade game was designed for Sega’s ST-V Titan, the Japanese Saturn release is a complete and total disgrace. Aside from the frequent load times, the gameplay is extraordinarily sluggish and choppy, like the game is using permanent and erratic frame skipping. Keep in mind that this game was released before the RAM cart. It’s completely and totally unplayable, but was fixed for the American Saturn and Japanese PlayStation releases. These versions still have some issues – choppy scaling, load times, and frequent slowdown with some of the larger characters, especially with Gong – but at least it’s not a total mess. Strangely, the Japanese versions offer “Original” and “Special” modes, with the “Original Mode” being just like the arcade, and “Special” adding some extra moves. The American version doesn’t give you the option and just defaults to “Special”. Makoto Mizoguchi, on loan from the Fighter’s History series, is also hidden in the PS1 port. 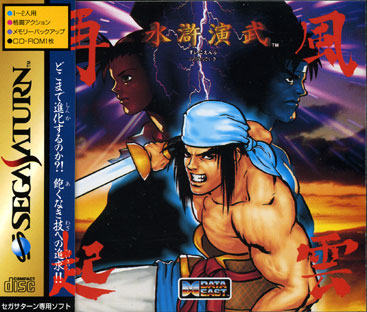 Suiko Enbu Fuunsaiki is a Saturn-exclusive upgrade of the original game – in other words, it’s an apology for the abomination of the original Saturn port. The enhanced gameplay engine from the American version is used here, and once again, there are still issues with slowdown. To help mask some of these issues, however, Data East sped up the gameplay a lot. There are three speeds, with “Slow” being about the same speed as the original game, “Normal” being much faster, and “Fast” going completely haywire. This increased pacing actually works wonders for the fighting, and it feels much smoother as a result. 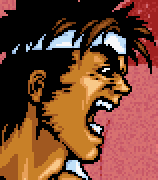 Featured in the Saturn-only semi-sequel, Mizoguchi is a guest from Fighter’s History. A standard karate fighter, he was actually popular enough to star in his own Super Famicom fighting game, Mizoguchi Kiki Ippatsu!!, and was resurrected in 3D form in 2007 for King of Fighters Maximum Impact Regulation A. 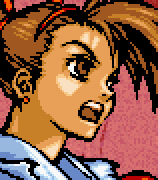 Another guest from Fighter’s History, Fan Mei is a typical generic fighting game pretty girl, who also attacks without weapons. 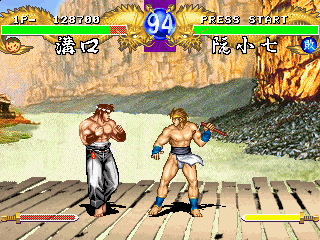 Most of the actual gameplay is the same, bar some tweaking here and there. Some of the backgrounds have changed a bit, but otherwise the graphics are about the same. The loading hasn’t really been fixed, though you can enable various shortcuts to speed things up a little. The interface has changed a bit, too, with a different character selection screen, as well as a new intro.

Also, Chao Gai, the last boss, is now playable in single-player mode, and there are two guest characters: Makoto Mizoguchi makes his return from the PS1 port, and Yungmie from Fighter’s History Dynamite has also been added. Although they’re technically completely out of place next to the Water Margin characters, their designs are pretty similar, so they don’t stand out too much, and they’re actually reasonably fun to play as. Mizoguchi also has a desperation move which summons the pink sheep from Trio the Punch, as a cool reference to another Data East title. 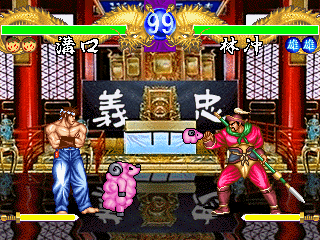 Outlaws of the Lost Dynasty isn’t exactly a classic, but it’s one of those fairly decent, forgotten titles that’s worth a shot for anyone who’s already exhausted SNK’s and Capcom’s back catalogues. The original release is the easiest and cheapest to obtain, but Fuunsaiki is the definitive version.