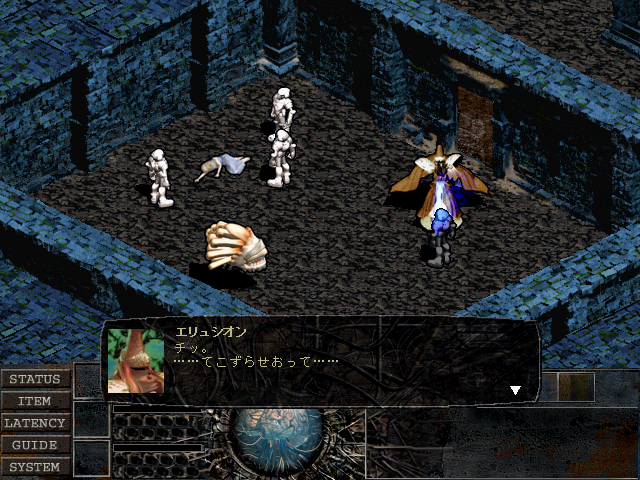 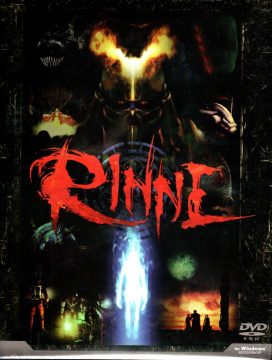 Among many games made by the famous Nihon Falcom, one stands out the most as the most unusual – that game being Rinne, released in 2005, despite its main menu saying it was made in 2004 and a few moments in the game itself mentioning that it was in development as early as 2002. The game is also remarkable for its unusually dark setting compared to other games of that developer and utilizing a few unused tracks from other games. It also features a secret playable cameo of Ares and Dela Delon from Brandish! Yet, the game had little to no marketing and was even released the same day as Ys: The Oath in Felghana. How come it is so unlike other their works? It’s because it is, for the most part, actually made by Bothtec as a collaboration with Falcom, and a continuation of Relics games. Bothtec was going through very hard times at the time – hard enough for it to foresee its imminent bankruptcy. Thus, the game was handed in its entirety to Falcom, later to be published by Softbank BB, with most references to Relics and Bothtec removed due to a different company having the trademark.

Once the player starts the game by pressing the “New Game” button in the menu, the player is given the very first glimpse at the game itself through prologue cutscene. The first thing that catches the player’s eye is the presentation. It is a huge mess: visually the game is a mix-and-match collection of older Relics games, Relics: The Recur of Origin and Relics: The 2nd Birth, and models-turned-sprites from another Bothtec’s project, Relics: The Absolute Spirit, that was supposed to come out on Xbox as a new game of the same series. The former’s graphics are mostly heavily upscaled, while models of the latter one look out of place due to a different art style or being incomplete. 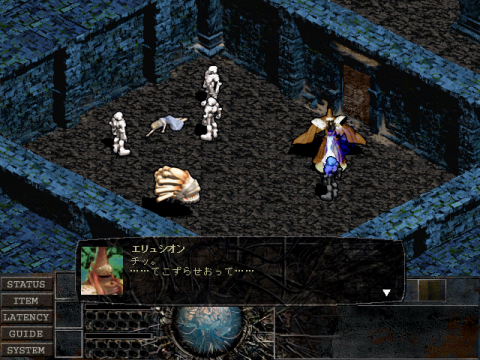 This applies to game’s music as well, composed by Falcom Sound Team jdk, as most of the tracks seem to be unused prototypes made for other games like Ys or Zwei, some of them presentable, others being quite explicit why they weren’t used anywhere else. Everything feels like a placeholder for a beta version of the game, rather than something from a finished product. There are good sides to this, however, as bigger sprite size makes it harder to miss once very tiny objects, and interactable objects are now highlighted, which helps a lot.

The exposition is given through a very long intro. Long after the events of Relics: the 2nd Birth, the two ancient alien races of Heaven and Hell, a mechanical lifeform and expert biologists respectively, are long gone. MARX, the futuristic human military organization that has discovered them, has made a supercomputer running a complex simulation that tries to recreate the history of these two factions, somewhat alike Koji Suzuki’s Loop. To explore and analyze this virtual reality a special organism is made, named Valkyrie, which was grown from DNA of Hell’s Emperor.

However, something goes wrong while Valkyrie was being transferred into the simulation, causing his body to evolve into a stronger form called Phobos and go rogue, while his spirit, losing its memory, returns to the real world, possesses a cloned child and tries to escape. While the spirit is being pursued by MARX, another clone comes to help him, Irian, which is then wounded and caught by the soldiers. The MARX agree to preserve girl’s life, but on one condition: Valkyrie has to return to the virtual reality and explore it on their behalf. Because she was the first to show kindness to him, the clone agrees, with a new body made for him. 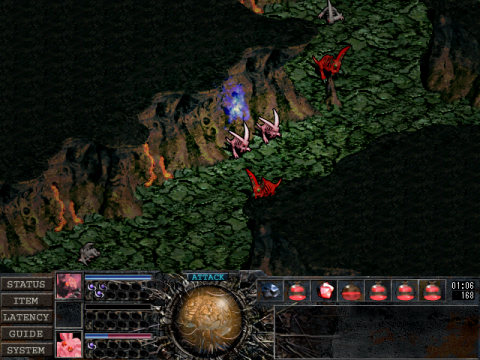 The plot is surprisingly fleshed out for a game that feels so incomplete. While the story isn’t as linear and detailed as The 2nd Birth’s and not as freeform as in The Recur of Origin, there is indeed a lot of options as to how the plot goes on, though most of it relies on side-quests that the player can take on during the exploration of the virtual world, and the end result of the protagonist’s efforts is usually determined by what he does in the endgame.

Relics‘ body possession mechanic is once again reworked and improved. While the ability to take over dead bodies has been renamed from Spirit Ride to Body Snatch, the basics are pretty much the same: once the player is transferred to a new body, he can use all of its powers as long as he remains in it. Just like in Relics: the 2nd Birth, the player has a main body that can use features of the many characters they have possessed, and dying in it causes the game to end. However, unlike the previous installment, the player can’t adjust their abilities and stats in any combination they desire, instead having to transform into any body the player has possessed, with few exceptions. Not every corpse can be taken over at any given time, since most of them have prerequisites in the form of Spiritual level – essentially an experience counter for the main body raised by gaining new forms, and the cap of which grows as the plot progresses. Even then, unlocking the full potential of a transformable forms and gaining new ones is done through combat, which raises two meters, regular experience (which unlocks new forms) and Synchro (which allows Valkyrie to use the special abilities). Even the party system is improved: the player can form a party of their own choosing, using Idols representing one of the game’s races, which can be used to summon a companion of any body type they’ve possessed. 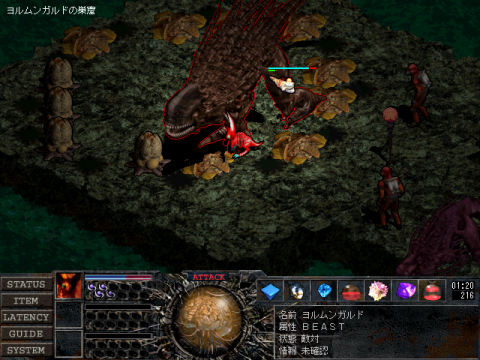 Rinne is a very bizarre game, the origins of which are a complete mystery – Falcom almost doesn’t acknowledge its existence, Bothtec is essentially nonexistent, none of the game’s developers are credited anywhere in the game, and it can at times feel like it was both abandoned during its creation and rushed while in production. Still, even though it can be hard to look at and even harder to get, it still is quite interesting, both as a game and as an example of a doomed project. Sadly, this is the last game in the series to be ever made, with the series delving into obscurity.

Relics: The Recur of Origin