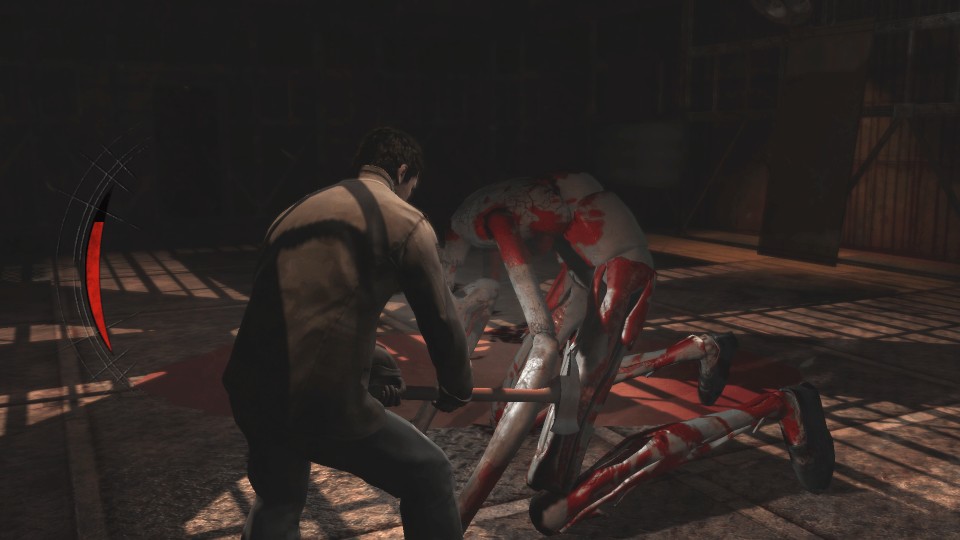 As the second game in Konami’s outsourcing of the series, Silent Hill: Homecoming had a lot to live up to. Silent Hill Origins wasn’t exactly a success, despite grounding itself in the series’ lore and history, and the movie revived interest with Silent Hill: Homecoming, released in 2008 on Xbox 360, PS3, and PC, moves even further in an original direction. The game, developed by Double Helix Games, features all new characters and sets itself in the adjacent town of Shepherd’s Glen. Its visual language is influenced by the first movie, released a couple years prior, and it emphasizes more action over puzzles. These decisions ended up being more polarizing than not, and the game rushes itself through its characters and story, to its detriment.

Alex Shepherd is a 22 year old soldier returning home to Shepherd’s Glen. After hitching a ride with Travis Grady from Origins, he finds his hometown in shambles, his childhood home has fallen into disrepair, and his mother is in a catatonic, suicidal state, with his father, the town sheriff, nowhere to be found. People are going missing, and he discovers his younger brother, Joshua, is one of them. He goes on a search for his brother, finding out more about the sinister truth of the town and its connection to Silent Hill and its cult, the Order. Along the way, Alex reunites with others from his past. He finds his childhood friend, Elle, working to track down the vanishing townsfolk. Deputy Wheeler, diligent cop working under Alex’s father, has his own suspicions about what is causing havoc in the town. Other characters include Judge Holloway, Elle’s mother and the only judge in town, Dr. Fitch, respected medical practitioner, and Mayor Bartlett, who is pretty much self explanatory. In a first for the series, dialog trees occur in some conversations, allowing players to choose Alex’s responses. 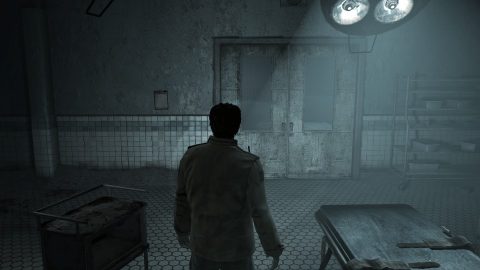 As Alex is combat trained, he’s handy with weapons, able to dodge and block enemies, and use combinations of light & strong attacks. While the combos are useful, some of their animations are strange. Using the combat knife, for instance, Alex will finish a combo on a 360 degree twirl, which seems a frivolous and dangerous tactic for a soldier. The weapons in Homecoming are series staples at this point, including knives, axes, steel pipes, and guns such as pistols and shotguns. However, ammunition is limited and Alex can only hold a small amount at a time. Often, this means that the player has to fall back on melee against enemies who absorb a lot of hits and can interrupt combos, especially in mobs. Avoiding encounters can work, but sometimes spaces are too tight and enemies too plentiful to make it an easy or realistic one. It would be easy to tank damage, if health items weren’t hard to come by as well. This all adds up to making the game tedious to play, rather than creative management of resources & encounters like other survival horror games.

That’s a shame, since some of Homecoming’s creature designs have some flare to them. While the game features the expected enemies, like nurses and dogs, there are more unique designs to be found as well. Lurkers, with their giant teeth filled mouth and fused legs that look like a half-formed fish tail, pop out of the water or the gutter and leap at Alex with their claws. Smog are marked with glowing pustules and an oil slick skin. They attack by opening up their vulnerable chest and spitting out smoke. Needlers are human torsos walking on giant scythes attached to their limbs. The bosses are also have memorable looks in Homecoming; a gangling hell doll demon whose porcelain body cracks and breaks with each hit, a giant torso with a tree root coming out of its bottom held a loft by a system of flesh sacks, and a long chain of torsos wiggling around like a human caterpillar. 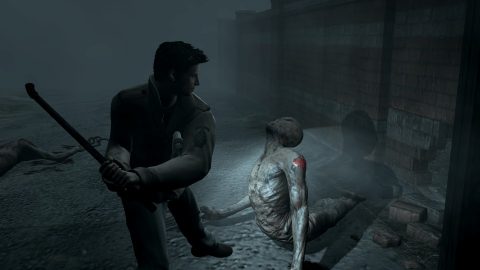 The games from Team Silent exhibit a certain flow to the pace of the environments and characters that isn’t present in Homecoming. The opening hours of Silent Hill 2 force the player to slow down and linger on the atmosphere of its setting and it uses this time to introduce its strange slate of characters. Homecoming, in contrast, rushes from one place to the next in its beginning. After a dream sequence/tutorial of chasing after his brother in a run down hospital, Alex catches up with two characters, Judge Holloway and his mother, then he has to find gas for the broken water pump in his flooded basement. Then he wanders through a graveyard over to a junkyard, to trade a gun for another gun. Along the way, he has two more conversations, one introducing Elle, and the other with Curtis, the junkyard proprietor. Finally, Alex is pointed back to the graveyard, solves a sliding block puzzle in a crypt, and after a siren knocks him out, he wakes up in Silent Hill to follow his brother into a rundown hotel for the first real slow moment in the game. This is with new enemies demanding attention around every new corner.

The characters suffer at the breakneck speed that the plot unfolds. Despite growing up in Shepherd’s Glen and only knowing one mayor, Alex doesn’t remember Mayor Bartlett when he first sees him. He passes by a man digging graves in an unreachable area of the graveyard, wondering who he is and why he’s doing that. It’s only when another character points it out that Alex recognizes him as the mayor. Dr. Fitch, another important character, is ushered away as quickly as he is introduced. The first time they meet, the doctor is holding a scalpel, covered in cuts, and limping along in the fog. In their second encounter, Alex and Fitch have one short conversation and no matter how that dialog tree ends, the doctor is killed in a cutscene. While a couple of memos give some insight into his background, they are easily missed and only provide a bare sketch. He is simply discarded after his narrative purpose is fulfilled. 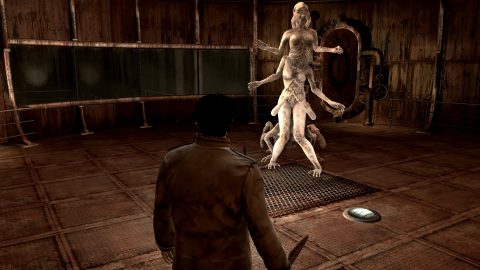 As Alex gets closer to the truth, these flaws only become more prominent. Pyramid Head shows up for some reason, here called the Bogeyman and given a redesign resembling the movie’s rendition. He doesn’t really do anything and his appearance is never justified. A late game swerve into torture is played for shock value and completely unnecessary. Its plot twist is obvious and unearned, given that the characters lack development and the pace is hurried. The player makes three pivotal choices that determine which of five endings Alex ends up with. Each one ranges from unsatisfying to confusing. Unlike the rest of the series, the UFO ending is not gated behind a second playthrough, and all it takes is making the wrong (or right?) decisions on those three choices to stumble upon it. Each ending unlocks a different costume, and there’s two unlockable weapons as well, including one with infinite ammo that would have been way more helpful earlier.

As the first Silent Hill of a new console generation, Homecoming gets a graphical upgrade over the previous games. Character models look polished, but once they start moving, it becomes clear that the motion capture tech of the time didn’t age well, with some uncanny animations and odd lip synching. The transitions between the foggy world and the nightmare world are a visual highlight, styled after the 2006 movie’s vision of them. The paper mache of reality breaks down and dissolves to reveal the horrors underneath. Akira Yamaoka returns to score the game and offer his unique sound design. The game is improved with his involvement, but there’s only so much that can be done when everything else about it falls flat. 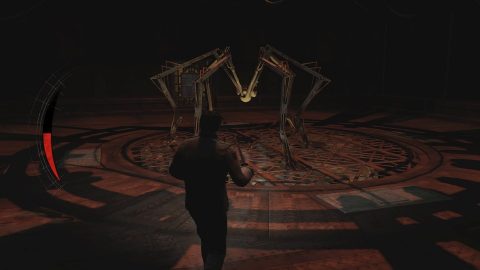 All three versions, Xbox, PS3, and PC, are the same in terms of content and presentation. The PC port is, however, awful. The game is capped at 30 fps, it crashes on loading screens randomly, and QTEs & dialog boxes are simply broken due to on-screen button prompts not displaying properly. A patch helps alleviate many of these issues, but with the state of the port as it is, there’s only so much that can be done. The Xbox 360 version is backwards compatible with Xbox One & Series S/X, for sale digitally on the Microsoft Store, and is probably the most painless way to play it. The game never saw release in Japan and was censored in Australia & Germany, due to the aforementioned scenes of torture.

It’s easy to see where Silent Hill: Homecoming went wrong. Like the movie it drew from, the game came in with the mindset of a recipe; start with a liberal use of a decaying American town with industrial-looking nightmare worlds, add some nurses, dogs, and other grotesque creatures, stir in a cup of Pyramid Head and Robbie The Rabbit, dash an unexplained guilt in, garnish with the cult and copious fog for good measure, and voila you’ve got a Silent Hill. There are hints of good ideas and unique designs in the game; as a whole, it’s derivative, a slog, and incohesive.