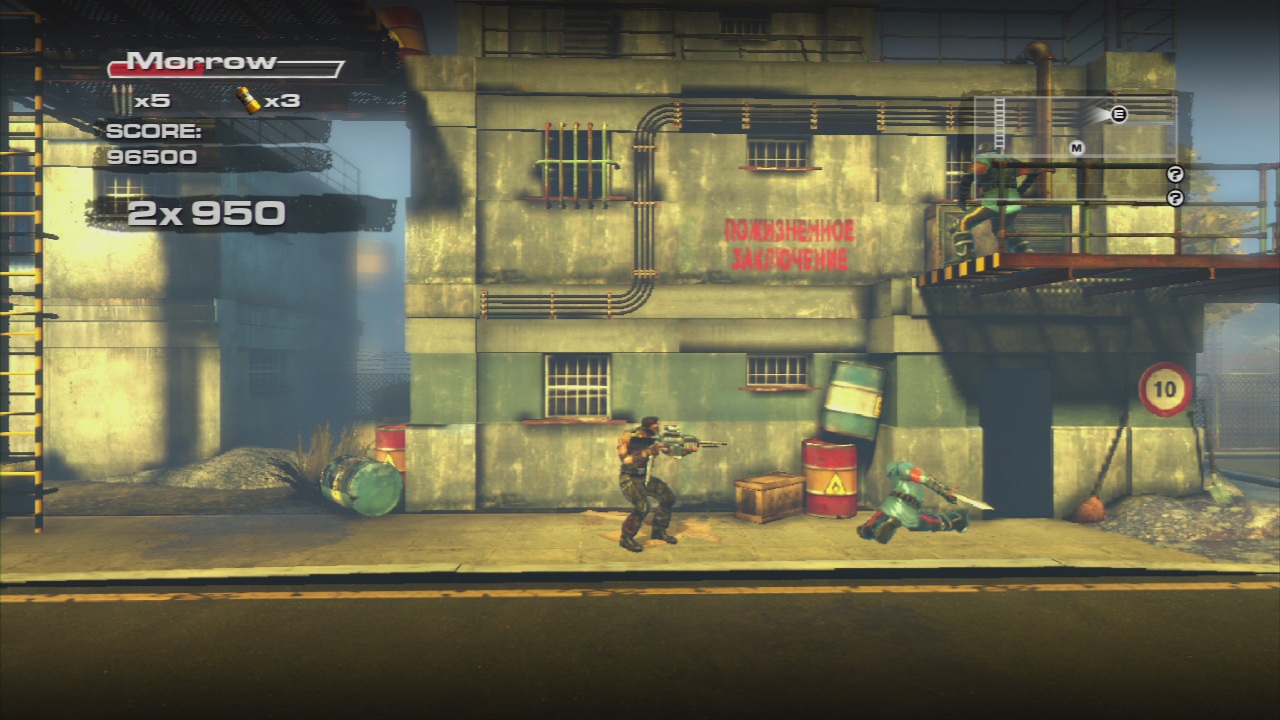 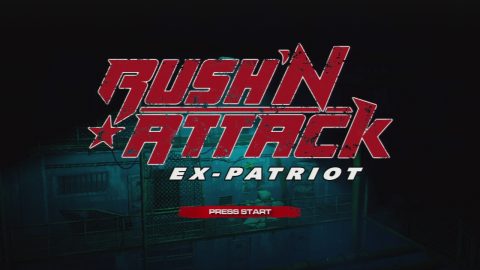 Konami resurrected a number of their properties for various digital distribution platforms, resulting in new games in the Contra, Gradius, Castlevania, and Rocket Knight series. A little more unusual is how they dusted off the Rush ‘n Attack name, which, outside of an obscure 1989 sequel, hadn’t seen an entry since its initial arcade release in 1985. This new game was developed by Vatra, the Czech Republic-based studio that was a child company of Britain-based Kuju Entertainment.  They also worked on Silent Hill: Downpour for Konami, which released the following year.

Like many titles of its era, Ex-Patriot is something of a dark and gritty reboot. The Russians are still the bad guys, despite taking place in modern times, decades after the end of the Cold War. They’ve harnessed the power of crystals called Ulyssium, brought to the country thanks to the meteor that crash landed during the Tunguska incident, to create even more powerful nuclear weapons. You control Sergeant Sid Morrow, code name Wolf Spider, and must infiltrate a Russian base to rescue one of the soldiers that had been abandoned by a previous mission, as well as disable any missiles that may still provide a threat to the rest of the free world. 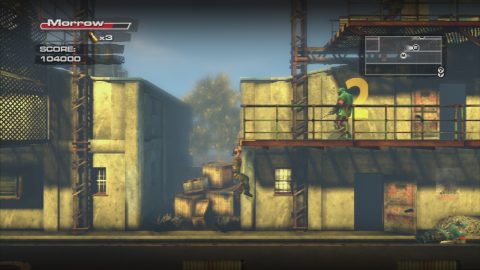 The original Rush ‘n Attack began with your hero completely botching their infiltration attempt and calling everyone on the base right to his position. Ex-Patriot is even worse, because the game starts with Morrow getting captured and tossed into a prison. Accordingly, the first thing you need to do is break out. This initial section of the game mostly closely resembles, weirdly enough, Epic Games’ Shadow Complex, in that it’s a somewhat open-ended 2.5D side-scroller focused on stealth. You’re only equipped with a knife here, which is a little awkward to use. (Bad guys aren’t immediately killed by a single stab anymore.) Instead, you’re supposed to sneak up behind them and slit their throats, or climb up from beneath enemies and throw them over ledges. Your map screen indicates your current goal, whether it to be to find keys to toss switches to lower water levels or turn off electricity. There are tons of air ducts and other areas to crawl into, many hiding various items, like health packs, which you can collect to use at any time, or Ulyssium crystals, which can expand your health. A few extra items can be found, too, like night vision goggles, or gas masks, to get through poisonous areas. You’ll also learn new knife combos as you progress throughout the game.

The action becomes a little more straightforward once you finally escape from prison. Enemies above ground are more generous with dropping weapons, giving you rifles, bazookas, and flame throwers. Further, even though your arsenal is limited in ammo, the drops are so abundant that you don’t need to worry too much about getting stuck with only your knife again. It’s in these areas where Ex-Patriot most closely resembles the original arcade game, especially as you fight through snowy minefields with missiles launching off in the background. The game does switch back and forth between the underground and above ground areas, slightly refocusing the nature of the game. Still, even the above ground parts have some tunnels where you can crawl beneath the main battlefield, offering shortcuts or hidden items. 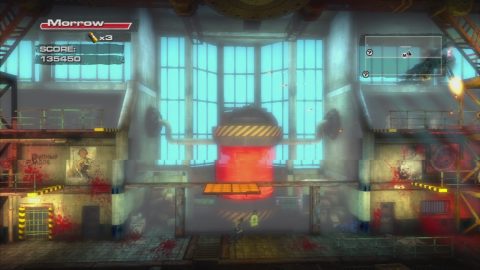 However, there’s still a fundamental problem with Ex-Patriot: the original game was an incredibly difficult experience, but was only about 15 minutes from start to completion. This one is much, much easier, with a life bar, numerous health restoratives, and constant checkpoints, but takes place over three levels, each about an hour long. Although there are some enjoyable aspects, in general it’s just too easy and repetitive to be much fun. The story is terrible and the main character isn’t all that interesting, either – compared to his predecessor’s green beret, his only distinguishing trait is his face mask. It’s also fairly messy from a technical perspective, with a choppy frame rate and spongy controls. Compared to the crisp, smooth motion of GRIN’s Bionic Commando: Rearmed, its closest visual point of comparison, it looks and runs terribly. There’s also almost no music either, with most of the game just consisting of sound effects.

Rush ‘n Attack: Ex-Patriot reviewed poorly and sold badly, as well. There was even a brief period of time where it was delisted from XBLA and PSN (perhaps due to its low sales). It’s just the sort of property that doesn’t have the kind of personality that makes for a good reboot, nor could the arcade-style mechanics have been updated to a longer-form console game without turning it into something completely different. For a cheap downloadable title, it’s not completely worthless for the few hours it’ll take to beat it, but it’s hardly all that engaging, either.