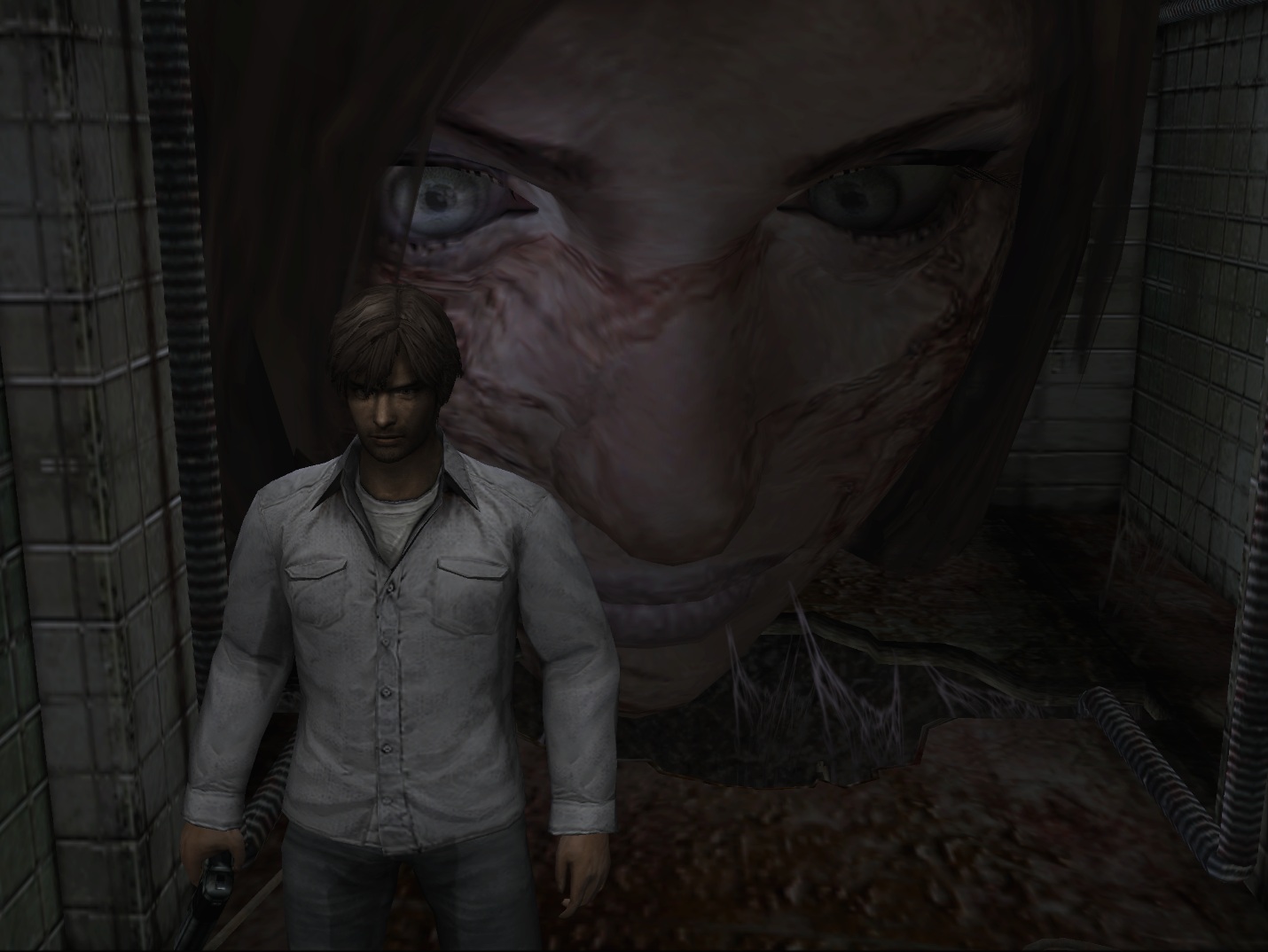 In the summer of 2004, Silent Hill 4: The Room snuck up on an unsuspecting public, almost a year after the third entry. The quick turn around was due to them starting development close to each other, with a separate group of folks from Team Silent taking the helm for what would become this one. The team behind The Room wanted to create a different game outside of the relatively established Silent Hill formula. If Silent Hill 3, with its callbacks to the events, characters, and tone of the first game, is a Silent Hill game in name and feel, The Room deviates from that formula in a concrete effort to explore new ground for the series.

Henry Townsend loves his apartment, Room 302, in South Ashland; just not being trapped in it. He has been stuck in the apartment for the past five days. The phone’s disconnected, the door is chained up tight, the windows won’t open, and try as he might, no one can hear him when he yells. There’s no way in or out, until a mysterious hole opens up in his bathroom. For this sequel, Team Silent looked to horror that confounds space, like the impossibly cavernous and twisty residence in Mark Z. Danielewski’s House of Leaves, the psychological comedy of Being John Malkovich, or the non-Euclidean design of MC Escher’s paintings. The hole in Henry’s bathroom leads him to the nearby subway station, after he decides to crawl through it. Other holes open up, taking him to a forest with an orphanage, a panopticon prison seemingly located in the middle of an ocean, and the buildings he can see across the street. His apartment is a safe place, despite being trapped in it, as Henry goes out exploring in these spaces, and it heals him when he returns. 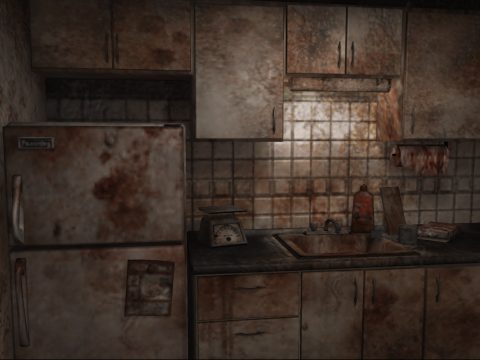 As far as other characters, the cast is one of the largest in the series. Eileen Gavin is Henry’s next door neighbor, in Room 303, a normal woman who doesn’t seem to know much about him. She’s under his care in the latter half of the game, after being attacked and nearly killed. Along the way, Henry meets others in the ‘real’ world. Cynthia Velasquez is the first person that Henry meets, believing him to be part of her dream in the subway. Jasper Gein, with a stutter, tells Henry about the bizarre stone he sits beside in Silent Hill’s forest. A guard of the sea-bound prison, Andrew DeSalvo, is locked up in the prison he worked at. Henry encounters Richard Braintree, another resident of the apartment and described with a particularly violent streak in memos, in the buildings across the street. There are extremely minor connections to Silent Hill 2 – the apartment’s superintendent is Frank Sunderland, the father of James Sunderland, and there are references to man named Walter Sullivan, a serial killer referenced in that game.

Mechanically, The Room stands out from the other games in the series. Outside of the apartment is the standard setup seen in Silent Hill games up to this point, controlling Henry from a third person view as he traipses around various creepy settings, looking for the right door, picking up items, and puzzling through riddles. Inside of the apartment, it’s strictly first person. Contrary to the subtitle, it’s not quite a single room, with the aforementioned bathroom, an open living area and kitchen, a small laundry room beside the exit, and the bedroom that Henry wakes up in each time he returns. Saving is done only at the red book in the apartment, so the rune-circled holes that Henry finds through out each setting lead him back to the apartment. Henry can only hold a limited amount of items, and getting rid any of them requires him to use the chest found beside the TV in his apartment. This connects the player to the space of the apartment in a real way, but it can also present a level of tedium, due to the extra steps necessary to trudge back for that necessary item that was stowed away or when the game requires Henry to return to the apartment to advance the plot. 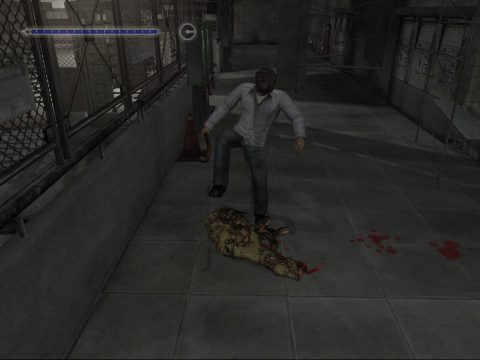 When he’s out of the apartment, Henry controls much like the other protagonists in the series; cumbersome, slow, and awkward. Instead of the map being an item to be found, Henry draws it on the map screen as the area is explored. Unlike previously, there’s a health bar and a stamina gauge, and each melee weapon, depending on size, affects the stamina gauge differently. Henry has an interesting assortment of weapons to defend himself with. Motivated by the limited inventory space, many of the melee weapons break easily, and the broken weapon takes up space, naturally. And the ones that don’t break are often slower, shorter, or have deficiencies. There’s only two guns, a pistol and a revolver, that Henry can use, and Eileen can use a riding crop, a chain, or her purse as weapons. Unlike previous entries, The Room unifies the action and riddle difficulties, though Hard does include variant, difficult versions of some puzzles.

While Henry can defend himself, it’s largely for naught. The ghosts, victims of Walter Sullivan and stars of the monster design in the game, are invincible and attack for massive damage. Their lurching, marionette-like forms glide around the environment, clawing their way out of the wall. Some later, more powerful variants have teleportation and stronger attacks. They cause Henry damage just by being close, and pursue him even when he leaves the room. While unkillable, they can be frozen in place, using the Sword of Obedience after they’ve been knocked down temporarily. Holy Candles and Saint Medallions can be used to mitigate the damaging effects, but are limited and break after awhile, with candles being more useful later in the game. While there are other enemies, they are relatively bog-standard for the series at this point, dual doll headed figures getting around on long hands, hard-to-hit swarms of bat-type creatures, and, of course, dogs, this time with rotted forms and long tongues. 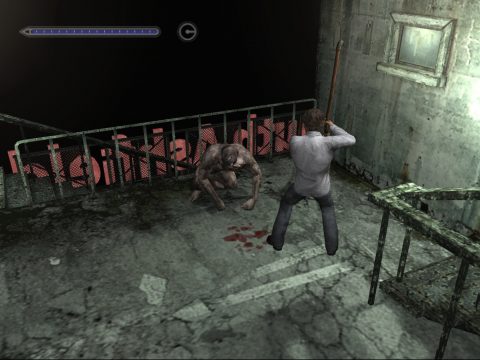 Once more, with feeling, the sound design and music of Silent Hill 4 are headed up by Akira Yamaoka. The vocal themes return, with Mary Elizabeth McGlynn and Joe Romersa returning as vocalists. Building on some of the more trip hop sounds found in Silent Hill 3, The Room‘s soundtrack feels more gentle than previous iterations, straying further away from the industrial noise and discordant ambient sounds and opting for more melodic and rhythmic compositions. The sound design, in the environment and from the enemies, explores the more eerie dissonance from before. Patients in the hospital burp when hit with a melee weapon, but inexplicably groan when shot with a gun. In the world of the building across the street from Henry’s apartment, an unseen monster drones and the pet store is full of the barking, chirping, and mewling of pets the second time Henry visits it, despite the vacancy of animals. The ghosts’ lethargic call reverberates whenever heard, emphasizing their paranormal nature. Voice acting is functional this time, but without any real standouts. Eric Bossick lends Henry a subdued sense of bewilderment to his circumstances and Eileen, performed by Anna Kunnecke, offers up a bit more emotion given the proceedings. Dennis Falt gives a smooth, even sound to his reading of Walter Sullivan and his ritualistic serial killing ways, sounding unassuming and unsuspecting the first time Henry meets him on the stairs of his apartment building.

The turn of the game comes when Henry discovers the history behind Room 302 and its connection with Walter Sullivan. Suddenly, Henry’s home becomes foreboding, with various parts of it now being haunted whenever he comes back. Using the Holy Candles, he can take care of these hauntings, but it adds a layer of stress to the whole experience. They drain Henry’s life bar just like the ghosts and he has to get close enough to the haunting for the candle to work. Simple actions, like dumping inventory at the chest, where ghost dolls jut creepily from the wall above it, or going to the red book to save, close to a rusted red love seat, become nerve-wracking, as the titular room, once benign and safe, has to be negotiated with. Even the bedroom isn’t free from this, with apparitions haunting Henry when he wakes up. Silent Hill 4: The Room takes safety and it turns it into terror, which is why it is as memorable as it is divisive. There hasn’t been quite a game like it in the series, in terms of experimentation and risk-taking, outside of maybe Silent Hill: Shattered Memories, the remake of the first Silent Hill. 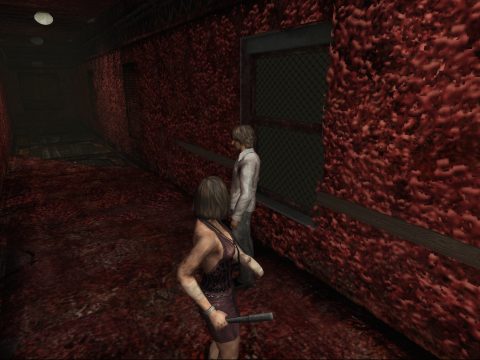 The game ends in one of four ways, depending both on how well you defend Eileen, and how well you’ve purified the room. Like the other games before it, additional weapons and costumes are unlocked in subsequent playthroughs. Oddly, there’s no joke endings this time, another way the game eschews the series’ formula.

Since The Room is so very different from the previous Silent Hill trilogy, both in structure and its connections to the eponymous town, it tends to be regarded more of a side-story by fans of the series. Still, it was developed by some of the same staff as the previous games, which can’t be said for the subsequent releases in the series, which were all outsourced. Plus it offers something new rather than retreading old ground as in Silent Hill 3. Standing on its own, it has plenty of strengths, though the unkillable monsters, plus the second half where you just revisit old areas accompanied by Eileen, are a bit frustrating. Still, it maintains the core elements of the franchise, and is an effective horror game on its own right. 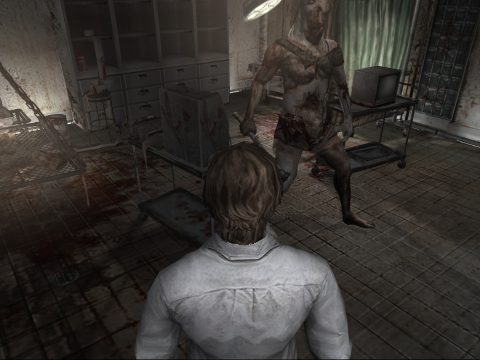 The Room was only released on three platforms – the PlayStation 2, the original Xbox, and the PC. It unfortunately didn’t get the same treatment that Silent Hill 2 and 3 did, as it is absent from the Silent Hill HD Collection. All three versions look fine, with the PC version having the graphical bells and whistles that folks come to expect from the platform.

For more Silent Hill 4 content our Top 47K Games podcast has discussed and ranked it on the big list which you can listen to here!