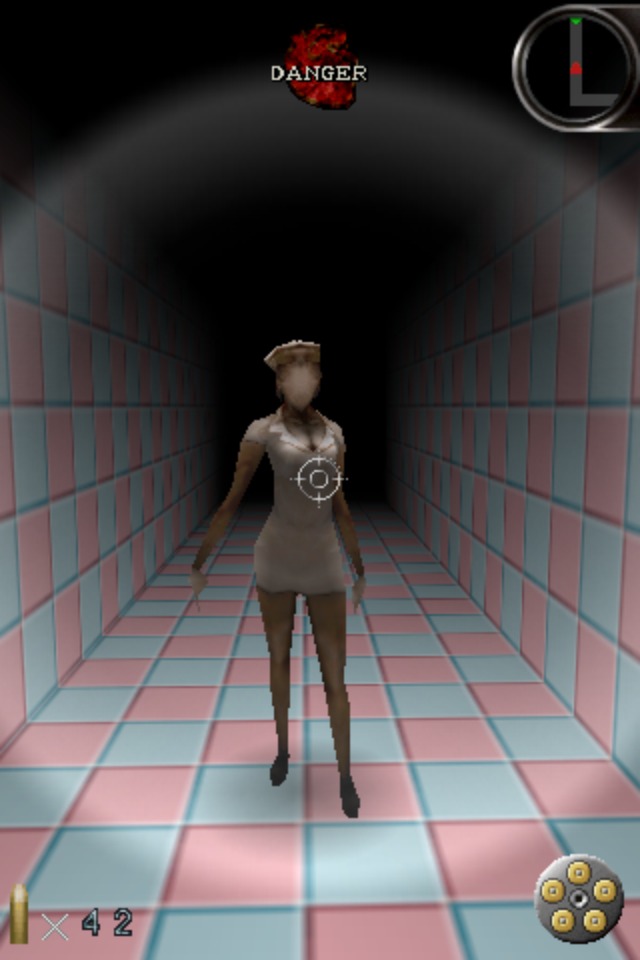 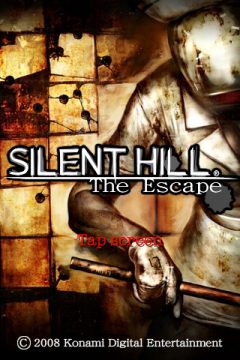 For a game series with an emphasis on cerebral survival horror, Silent Hill sure has shown up on many mobile platforms. Play Novel Silent Hill brought the first game to the GBA as a visual novel. Konami released another abbreviated version of the original game with some RPG elements, for various Japanese cell services, in 2006. Silent Hill Mobile attempted to bring the flare of the series to Java enabled phones. By 2009, the iPhone and the App Store were quickly becoming the premier place for mobile games so Konami joined the fray with Silent Hill :The Escape. It would have been better if they hadn’t.

An unknown protagonist wakes up with no knowledge of how they got there. Armed with a revolver, a flashlight and limited ammunition, they must find their way through the mazes, looking for a key to unlock the elevator at the end of each map. The flashlight gradually loses light, and batteries found around levels replenish its power. Using the touchscreen, the player moves forward and backward with their finger, and swipes to turn at 90 degree angles. Aiming is done by moving the device around and tapping the crosshair to fire a bullet once the enemy is in range, but the gyro never feels like it’s calibrated correctly, especially when moving the device left and right. The view is always lurching one way or the other, no matter how it’s held. After the supply of bullets are expended, the player falls back on a steel pipe, operated by tapping and holding on the screen and releasing when the gauge is full. Ammo is replenished with each new stage 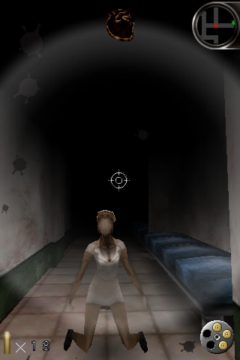 The game looks and feels like a cash-in. The settings are the expected ‘Silent Hill’ locales — hospital, sewer, mall, subway, and so on — and of course, each level has its own nightmarish other world version that takes place right after the normal one. Each one is empty and barren, with the only variation coming in what’s on the walls. The monsters roaming these places are uninspired too. Nurses are here, more faceless than usual. Frog-like creatures hop around, looking like the coin purse enemies from Super Mario 64. Bugs of some kind flutter around in exactly three places. A hooded figure with a sword lumbers around and has a force field protecting their head like a jerk. Most enemies can be defeated by a single well aimed shot, and all will take down the player by lazily shuffling into them. There are unlockables, a couple of characters with different properties, but they’re hardly worth the effort. 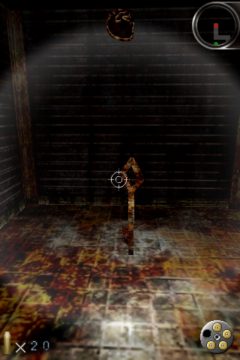 It’s surprising just how generic and soulless The Escape is. It tumbles below even the most modest expectations. This isn’t Silent Hill :The Arcade, a campy romp delivered with simplistic light gun gameplay; there isn’t even lore or a story here worth delving into. It’s a boring and repetitive game bereft of good ideas. Since the game no longer runs on modern iOS, it takes too much extra effort to get the thing running at all, between finding an old device and jailbreaking it as necessary. Mobile games are understandably not very complex, amounting to short, focused experiences built to pass the time. The time you could pass with Silent Hill The Escape, however, between getting it to run and actually playing it, would be better spent in just about any other way imaginable.